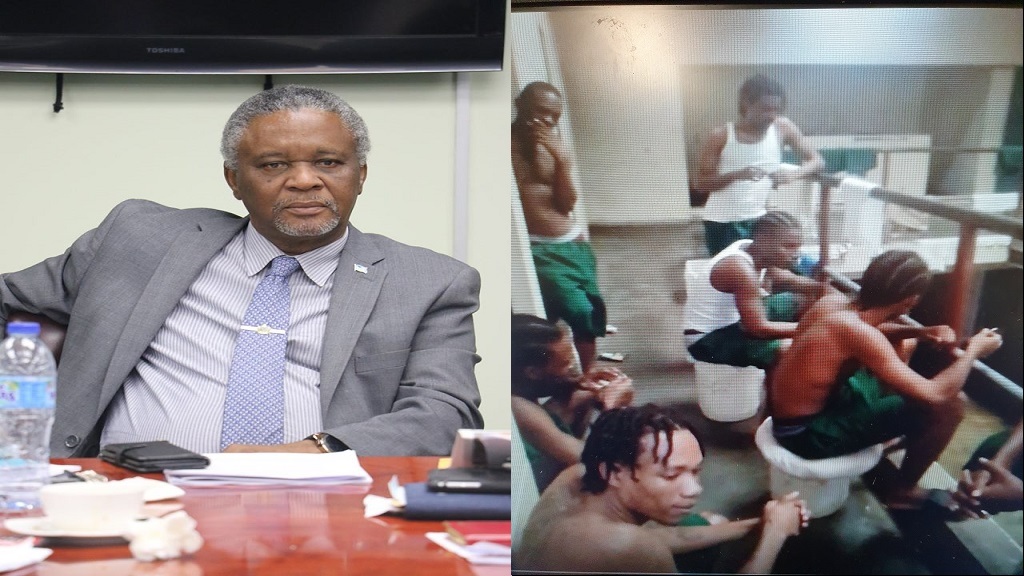 Justice and National Security Minister, Senator Hermangild Francis says an investigation has been launched at the island’s penal facility after an inmate leaked a video from inside the Bordelais Correctional Facility.

Posing prisoners have revealed the catastrophic breakdown in control at the BCF as they document their time inside the prison facility with a video recording device.

“Despite being locked up for serious crimes and being banned from contact with the outside world, the inmates are openly showing off how they living to the world,” one individual commented on Facebook where the video of the prisoners was posted.

“This happens all the time at Bordelais. It’s just that somebody was a little bold this time to actually put it out. I have seen the video and as a matter of fact, from the time that happened and we started to investigate, at least 25 phones have been seized,” Senator Hermangild Francis disclosed.

According to the Justice Minister, “A particular officer is currently on suspension for assisting some of the inmates. Phones are being sent over the fences and people assist them in collecting it. Even the visitors themselves come in there and give to the inmates. So daily we do interventions but every time we go out we do get phones but it just seems to be an unending supply.”

Francis says measures will be put in place so that the frequency of these events will stop.