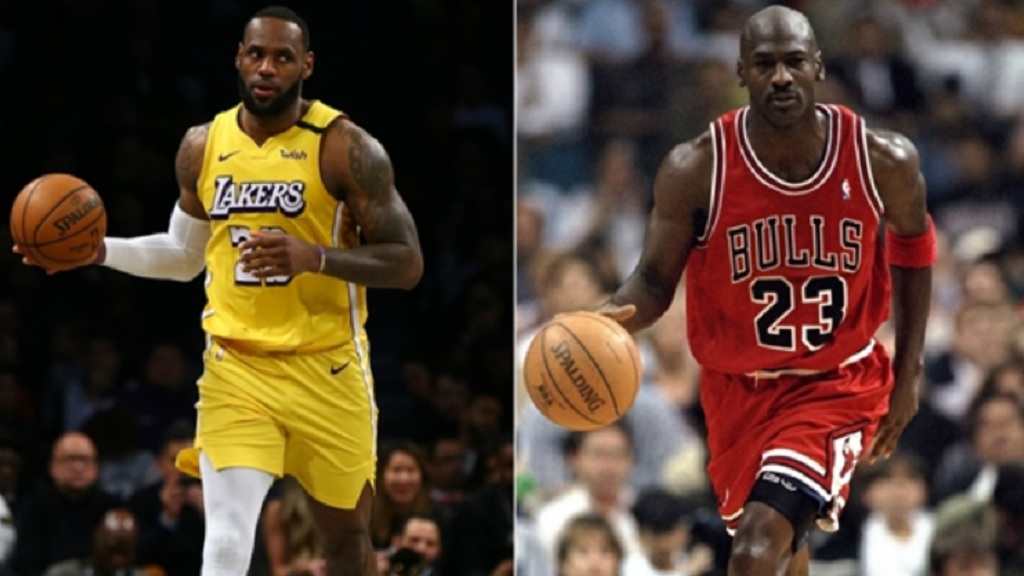 Debate in the NBA is often centred on who is the best player of all time – James or Jordan.

Jordan, 57, won six NBA championships, as many Finals MVP's and five Most Valuable Player awards during a remarkable career with the Bulls.

James has three titles to his name – two with the Miami Heat and one with the Cleveland Cavaliers – and three Finals MVP honours, while he is a four-time Most Valuable Player recipient.

Following the conclusion of ESPN's 10-part docuseries – 'The Last Dance' – focused on the Bulls team that won the 1997-98 NBA championship to complete a second three-peat in eight years, James fantasized about being Jordan's team-mate.

"Me personally the way I play the game -- team first -- I feel like my best assets work perfectly with Mike," the 35-year-old said in a video via Uninterrupted's YouTube Channel on Monday.

James added: "I saw the things [Scottie Pippen] was able to do with Mike, I just think it would've been a whole 'nother level.

James also remembered taking part in Jordan's annual summer camp at UC-Santa Barbara after being drafted as the number one pick in 2003.

"We used to play around 9 p.m. The camp would end…and we would stay along with the college kids that he would invite," James said. "We would get a good-ass run in for about an hour, an hour-15. I was on the same team with MJ and we didn't lose a game."

Michael Jordan: Stephen Curry 'not a Hall of Famer yet'