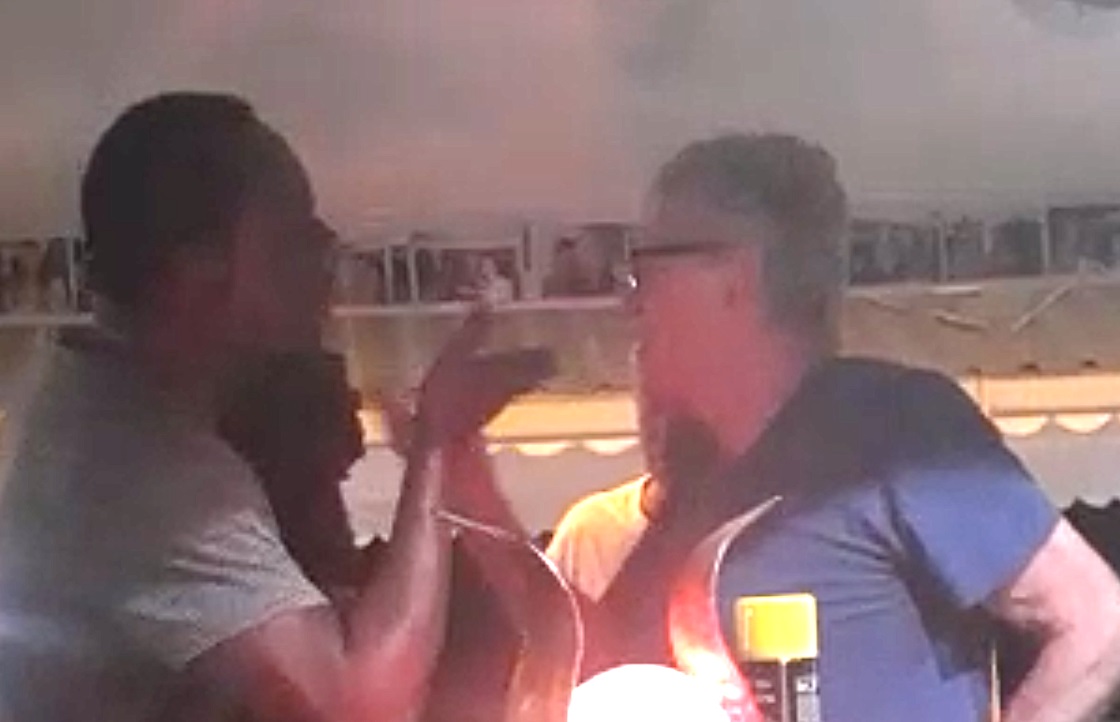 Senior government minister Lenard Montoute says in retrospect, he could have handled an altercation between him and a restaurateur in a more appropriate manner.

Montoute, who is the Minister for Equity, Social Justice and Empowerment and the parliamentary representative for Gros Islet, is seen in engaged in a heated and explicit verbal exchange with the alleged owner of a restaurant in Marigot.

“The incident escalated when the gentleman confronted me physically and verbally,” Montoute declared.

The incident, which occurred on Sunday, December 15, 2019, at Doolittle’s Restaurant in Marigot Bay, immediately began making rounds on social media.

According to Montoute, the video that was posted and went viral represented only a snippet of what transpired.

He said he was on his way to Anse La Raye to an ARC related event with some friends when one of them suggested that they go to Marigot which they did.

The group then took a ferry across to Doolittle’s Restaurant for a few drinks.

The waiter who served them indicated that it was happy hour going on when one of the friends asked if Gordon’s Gin is included in the happy hour, to which the waiter replied yes.

After two servings of what was supposed to be Gordon’s Gin, the individual noticed it was the wrong drink. It was at that point the bartender indicated that it was not part of the happy hour special.

The misunderstanding prompted an intervention from the supervisor on duty who indicated to the men they do not have to pay for the drink, which was mixed up.

Montoute says when they were prepared to pay their bill to exit the establishment, the owner of the restaurant demanded that the bartender not talk to them and he wants them out of his establishment.

“So I said to him you are the owner of this establishment and that’s how you speaking of your customers?” Montoute asked.

The owner he says, verbally assaulted him, calling him ignorant and demanding that they not return as they failed to pay for the drinks.

“I went to him and I said you know what, if it is about thinking we came here to get free drinks, just let me know how many gins my friend drank or what the situation is and I’m going to pay for it,” Montoute said to the bartender.

At that point, he says the owner then came to his face stressing that he do not speak to his bartender and that he and his friend leave the establishment.

“Honestly that is when I lost it and I said to him who the hell you think you talking to?”

“I could have handled it more appropriately but like anything else I am human. Going forward I will handle it differently but having said so…at no time will I entertain insults, disrespect or intimidation from anyone in my own country,” Montoute declared.

The owner of the restaurant could not be reached comment on the incident.

Ministry of Health: Local fruits are not deadly despite viral video