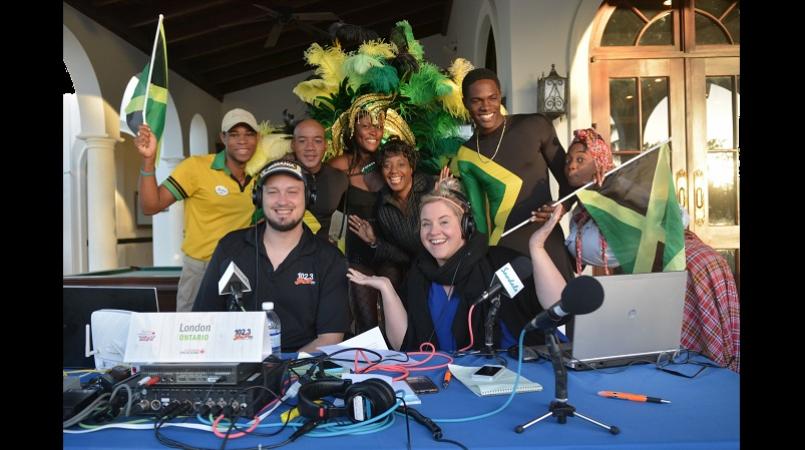 Throughout the month, radio hosts from 30 radio stations across the length and breadth of Canada – from Newfoundland to British Colombia, raved about their luxury-included experiences at the newly re-branded resort on Jamaica’s South Coast.

“This promotion could not have come at a better time,” said Sandals South Coast General Manager, Adrian Whitehead. “Sandals has created history here in the once unknown South and it would be remiss of us not to share that story within the international market.

“Not only is the Canadian Winter Sizzle a major promotion for our resort,” said Public Relations Manager, Rochelle Forbes, “it will help to bring ‘the South’ back into the conversation. Many times when Canadians think of visiting Jamaica their minds immediately go to Montego Bay or Ocho Rios or Negril. The South Coast in all its picturesque and relatively un-touched beauty is the new frontier, an undisturbed paradise that is off the beaten track.”

This promotion has not only highlighted the luxury-included amenities of Sandals Resorts but also promotes Jamaica as a top travel destination to audiences in 30 Canadian cities, including top markets like Ottowa, Calgary, Montreal and Vancouver.

“Right now we’re looking at a reach of about 2 million in ‘radio land’,” said Whitehead, “but when you also consider the online presence for each station as well as the tweets, shares, posts and snaps of these radio hosts and the lucky prize winners who got to experience Jamaica during the month of January, social media impressions potentially double that reach, as such the benefits that this partnership brings to the island’s tourism is extensive.”

January through March and December are the peak months for visitor arrivals from Canada. This coincides with the cold winter climate experienced in Canada during this period.

FEATURED PHOTO: Radio Hosts Curtis Bray and Hilary Welch of 102.3 JACK FM out of London, Ontario got a pleasant ‘Jamaica Day’ surprise from the Entertainment team at Sandals South Coast.