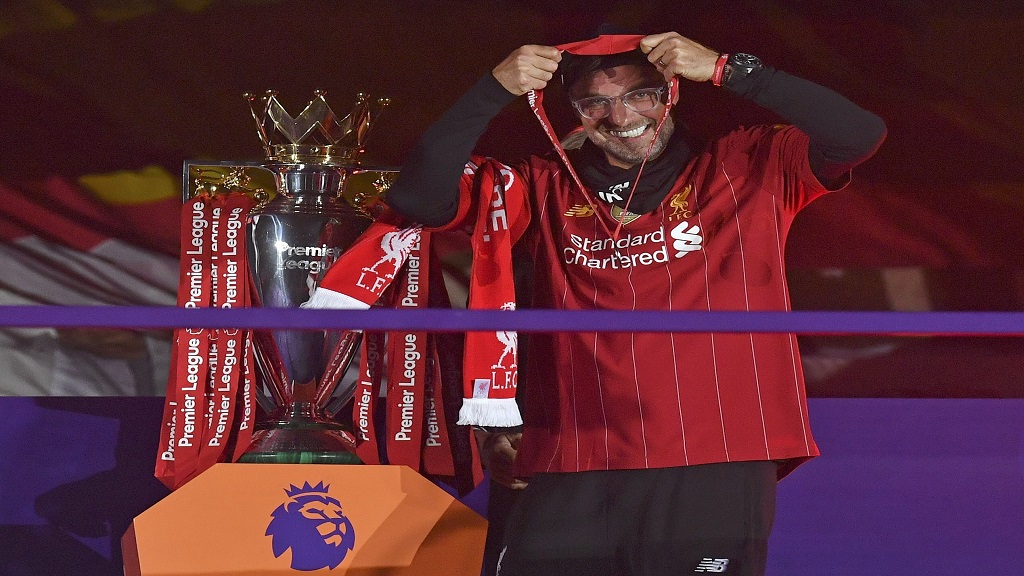 Liverpool's Jurgen Klopp has been crowned the League Managers Association (LMA) Manager of the Year.

Klopp oversaw a stunning campaign for the Reds, guiding them to a club-record total of 99 points to claim their first top-flight title in 30 years.

"It feels extra special to win this award because it is voted for by my fellow managers.

"It's an honour to be in the company of so many managers who have been named as LMA Manager of the Year before, including Liverpool managers like Bill Shankly, Bob Paisley, Joe Fagan, Kenny Dalglish and, in recent years, Brendan Rodgers.

"Everything we have accomplished at Liverpool this year couldn't have been done without the superb input of my coaching staff; they make us a really special bunch of football brains.

"I love to work with my coaches, my players and everyone at Liverpool and, of course, I am thankful for the support from all our wonderful Liverpool fans."

Leeds United's Marcelo Bielsa was named as the Championship Manager of the Year, meanwhile, after guiding the Yorkshire giants to the title and a return to the Premier League after a 16-year absence.

Klopp has made Liverpool amazing – Benayoun