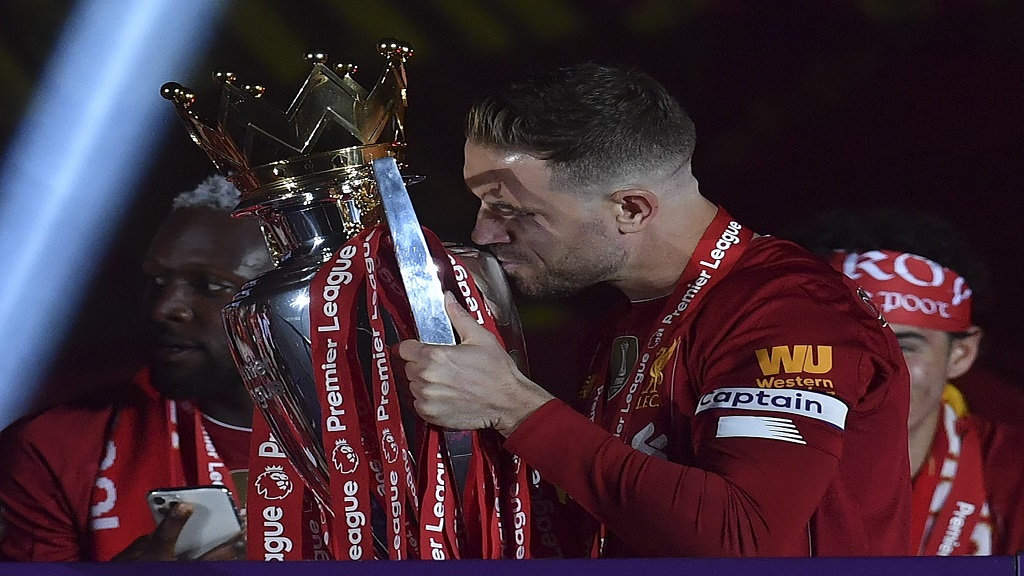 Liverpool captain Jordan Henderson has been named the Football Writers' Association's (FWA) Footballer of the Year.

The Reds won the English Premier League title with seven games to spare, ending a 30-year wait for their 19th top-flight championship.

Playing arguably the best football of his career, England midfielder Henderson was influential in leading the side in a dominant campaign.

The FWA revealed Henderson, who has been out with a knee injury since early July, secured more than a quarter of the votes.

Henderson said: "I'd like to say how appreciative I am of the support of those who voted for me and the Football Writers' Association in general.

"You only have to look at the past winners of it - a number of whom I've been blessed to play with here at Liverpool, like Stevie [Gerrard], Luis [Suarez] and Mo [Salah] - to know how prestigious it is.

"I owe a lot to so many different people – but none more so than my current team-mates, who have just been incredible and deserve this every bit as much as I do.

"We've only achieved what we've achieved because every single member of our squad has been brilliant."

The 30-year-old, who joined Liverpool in a £20million move from boyhood club Sunderland in 2011, has scored four goals in 30 league appearances this season.

As well as the domestic title, Henderson helped the Reds to lift the UEFA Super Cup and the Club World Cup, building on the success of their 2018-19 Champions League triumph.

Off the pitch, Henderson was also a key figure in the formation of the #PlayersTogether initiative, a fund for Premier League players to raise money for the NHS during the coronavirus pandemic.