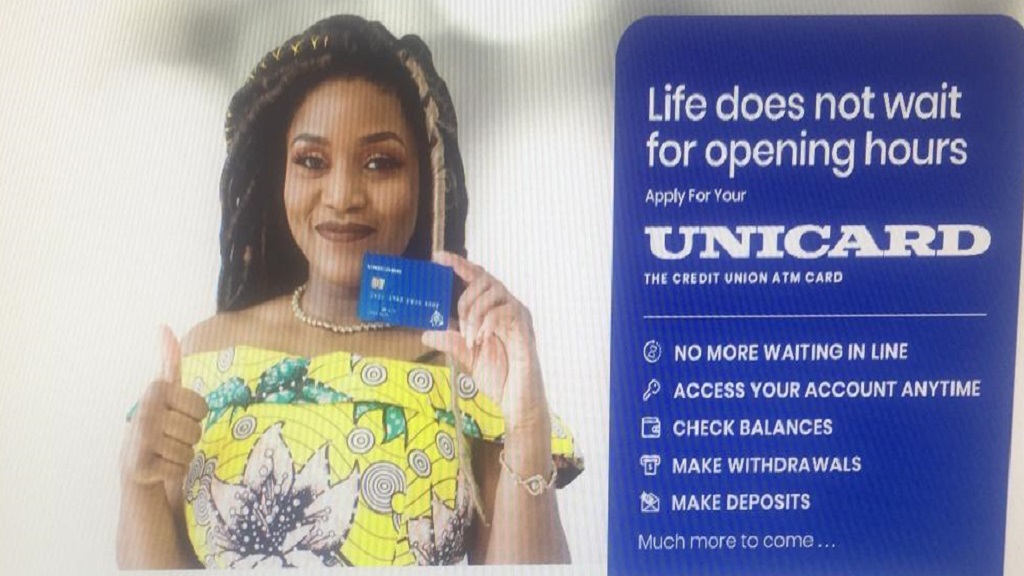 This was highlighted through the introduction of a Credit Union ATM Card.

The initiative organized by the Credit Union League is set to revolutionize the way members access funds from their respective credit unions at the same time finding ways to remain relevant to their members.

According to the secretary of the Saint Lucia Cooperative Credit Union League Limited, Mc Orville Combie, the financial industry is challenging and competitive and technology is an important part of the changing financial space.

The journey taken by the league to this point he admits was a very difficult one in making the UNICARD and ATM network a reality.

“Individually it would have been very difficult for credit unions on their own so it made sense as a cooperative credit union for us to join together to get that service going.”

This he says has been in planning since 2016.

“We have found a partner in Capital Financial Services which was willing to come on board with us, and so together, we worked and this is where we are. We have had a lot of challenges; changes in the systems of which we had to use debt service providers, a long journey always has an end and so it is here today with the launching of that service,” Mr Combie said.

It is expected that the new initiative by the Credit Union League will record similar success like what was realized in Barbados by the Public Workers Credit Union.

President of Capital Financial Services, Paul Maxwell says, following the commission of the ATMs, there will be stiff competition between credit unions and traditional banks.

“Because credit unions are naturally there to help people, so I am not helping you if you cannot access your money. In Barbados, it has shown that if people have access to their money, what happens is that they give more money to you to hold. So I believe that what we will see in Saint Lucia is that the credit unions in Saint Lucia will now gain tremendous support from the members and their values will increase significantly,” Maxwell asserted.

The ATM service will be rolled out on a phased approach.

The initiative was launched on Monday, December 16, 2019.

Credit Unions told to use technology to improve customer experience