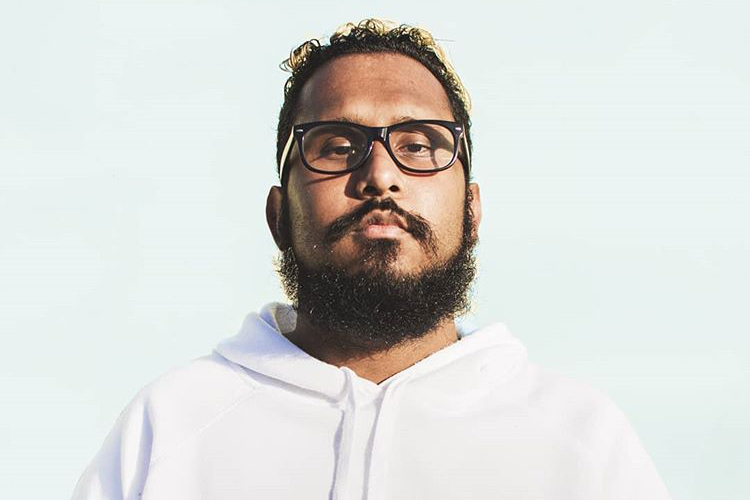 HACKERS are disrupting the flow of income for businesses worldwide and the Caribbean is no getaway when it comes to this reality when considering digital media. TT-based music producer and DJ Nicholas “Colony” Lalla whose verified Facebook page was hacked on Thursday said being hacked has a negative long-term impact on brands when their digital media networks and profiles are hijacked – as most brands are found online and an increasing number of transactions are now done via digital media.

He said the hacker mimicked a sponsored.ad plugin which he agreed to use for promotion of content. He will now lose business opportunities and may suffer a long-term hit to the flow of invitations for collaboration, which he would normally attract by virtue of having that blue tick on Facebook.

“If you are a brand, artist or anyone in the creative industry and you have a verified badge I am sure it was hard to earn it. You need to be aware that these hackers are on the lookout for people like you, specifically. They want it to scam other people, and they will erase content that is important to you and your brand.” 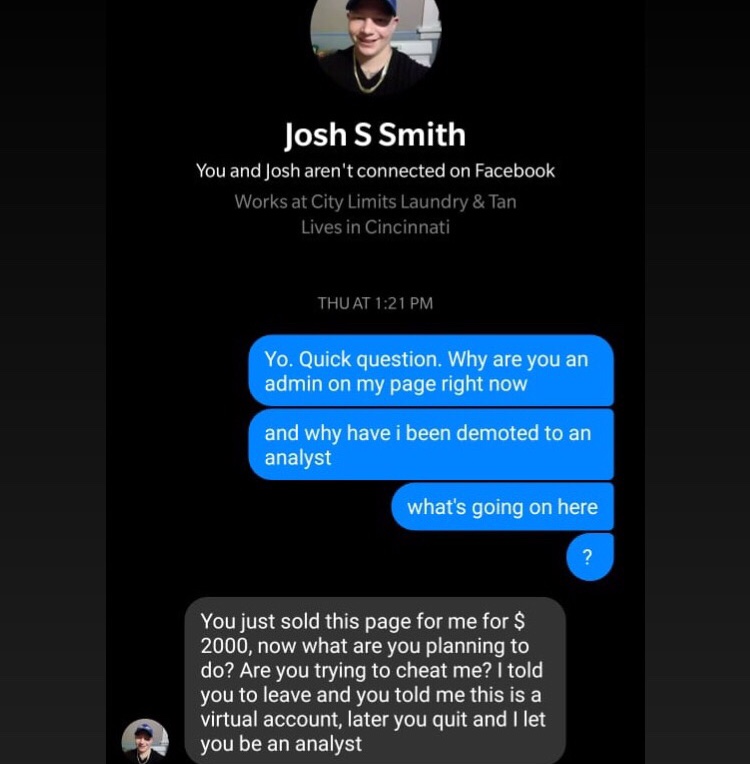 Malwarebyte.com defines hacking as, “activities that seek to compromise digital devices, such as computers, smartphones, tablets, and even entire networks.” Hacking may be done with malicious intent, for financial gain, information gathering or spying.

Lalla has lost the blue tick which serves as verification of legitimacy as a brand. His online catalogue of digital content on Facebook as far back as 2014 was wiped from the page and the profile renamed.  The self-described bass drop architect, 30, had his verified Facebook page hacked on Thursday.

After being hacked, Lalla said he immediately made a report to Facebook and reached out to the hacker who demoted his status and assigned him as an analyst on his own page. “The hacker did not speak English well. The person claims to have bought my account from someone. I reported the conversation to Facebook and to this point they have done nothing.”

He said, “Being verified is important because it tells people the page is the official source of whatever the artist or brand has to offer. To get verified means you've reached a certain level of recognition. It is important because it helps with proving authenticity for business opportunities, especially internationally. The blue tick, for me, is also a badge of honour for all the hard work I put in to build my brand. It may sound stupid, but I was proud of it. It is a scar to me, what has happened. It is scary that someone could feasibly ruin my reputation while negatively affecting my business prospects.”

Lalla’s Facebook page was approved for verification in 2014 after he submitted a request to prove authenticity after using the platform for business since 2012.

“There is a lot that goes into getting your page to that stage. A lot of it is marketing, actively doing keeping followers engaged and building your reputation to a point where it is not only necessary, but the quality of your work is somewhat justifiable.”

Lalla, who has been verified on streaming app Spotify, describes the blue tick as a badge of endorsement. “It means Facebook, or any app for that matter, considers you noteworthy enough as a public figure or artist. It means they think you are noteworthy enough for people to possibly try to impersonate you.” 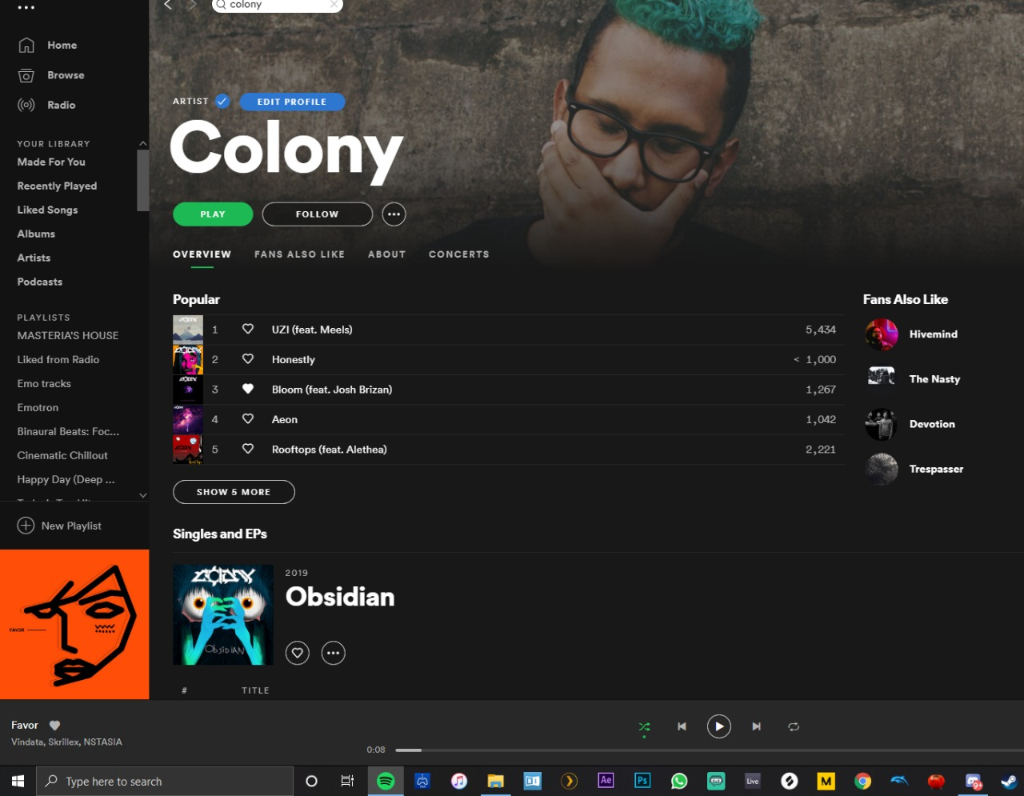 As recent as Sunday, Lalla said he has received aggressive and taunting messages from the hacker. Asked if he has made a report to the cybercrime unit of TT, Lalla said because the hacker seemed to have been from overseas, he contacted Facebook directly.

The producer whose body of work can be found mostly on Soundcloud has been involved in the industry since 2012. He said his love for music, however, began when he was 11. He performed as vocalist in a number of local rock bands Got The Sick and Red Vellum Razorblades, the latter of which gained a US-based following through online platforms such as Myspace.

The self-taught producer said he received guidance from experienced practitioners. He compounded what he learned by gaining other forms of certification in electronic music production including Bass Gorilla, Academy FM, Producer Dojo and Defyre Society.  “For the most part of my journey, I was self-taught fuelled by my never-ending curiosity about being able to take sounds and put them together. What I do has to do with me being obsessed with sound and not wanting to do anything else but sit down and mess around with it for as long as 12 hours a day.”

He has sought to relay his knowledge by developing and teaching courses in music production including one at Wepala Innovation Centre. Wepala is a centre for children which creates a space for them to learn the theory and gain practical experience in robotics and technology. Lalla also streams lectures on music production on twitch.tv while seeking to expand the studio run by himself and his brother Ravi, where he is the mastering engineer.

The production capabilities of Lalla was further recognised where he collaborated with film director Sean Hodgkinson creating music for the 2017 film The Weekend and internationally – he contributed a track to US-based producer Spruke for a record called Pieces.

“In cases like these, there’s a tendency for people to conclude I am making much of nothing and it is just a Facebook page. But this is a violation. This person has hijacked something I took years and hard work to build. I put a lot of heart into it. I have since created a new page, but I am upset by the content they have scrubbed away which cannot be replaced. Technically records of my experiences like meeting some of my heroes, memories captured in posts where I got to play at festivals and the comments of feedback from my friends and supporters – many of my small successes. Those are the things that hurt. It is much more than a single blue badge.”

Lalla said he has put more digital security applications in place to protect his digital content and intellectual property and hopes other entrepreneurs in the creative industry will do the same. "People should research ways of protecting themselves from hackers. It may mean having to pay more than you'd like, but it is worth protecting your digital property because the cost of losing them is too high." 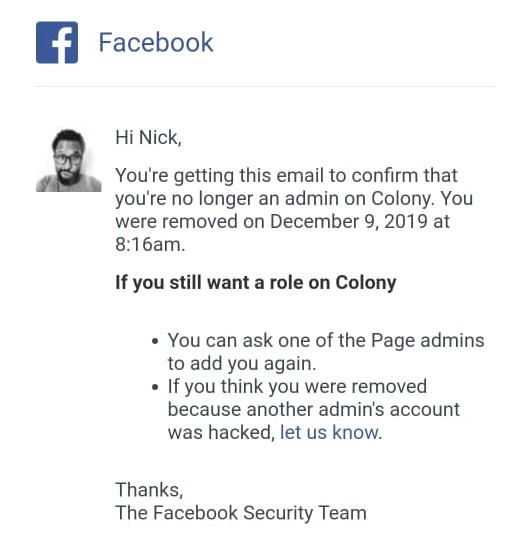