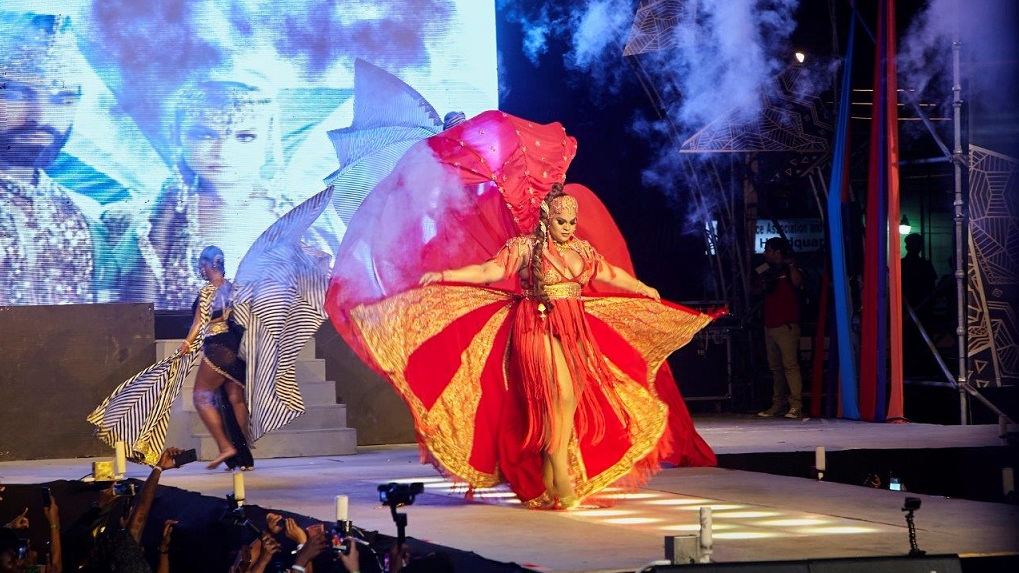 Photo: Sonja Pollonais models the Lost Tribe's Priya Individual costume at the Festival of the Bands on July 21. Photo by Marlon James.

The moment Sonja Pollonais took to the stage in a vivid, bright red Carnival costume, replete with a beautiful backpiece and billowing cape, the crowd cheered wildly.

However, it was not just the costume that the crowd cheered for but the fact that Pollonais was the first plus-sized model to take the runway for the Lost Tribe's Carnival presentation, also a first for Tribe Carnival.

The Lost Tribe was one of six Carnival bands under the Tribe brand at Saturday night's Festival of the Bands and wowed the crowd with its Carnival 2019 theme TAJ, a portrayal of the epic love story of the Taj Mahal.

"Our model Sonja represents The Lost Tribe masquerader in so many ways - she is beautiful inside and out."

"I wanted our masqueraders to see themselves on the stage. We design for them and for their comfort and for that feeling of pride and joy when they put on their costume on Carnival Tuesday morning," he said. 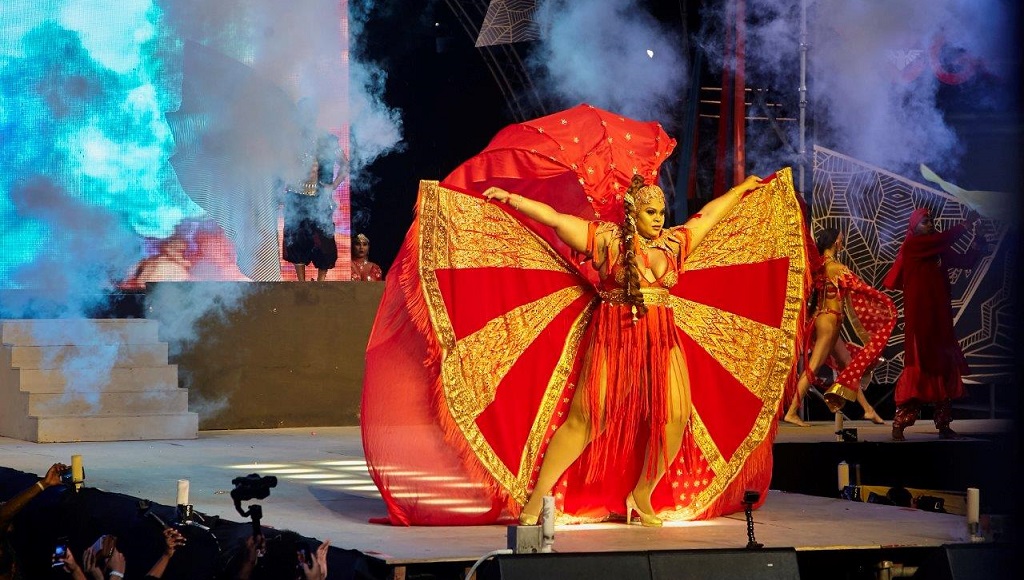 (Photo: Sonja Pollonais models the Priya Individual costume at the Festival of the Bands on July 21. Photo by Marlon James.)

Maharaj added that everyone is beautiful and supported the idea of inclusivity.

"I think beauty should be celebrated in every shape and form, we are all beautiful," he said.

Pollonais, who has modelled before both locally and abroad, said to LoopTT that the experience was possibly one of the biggest moments in her life.

"It was such an amazing moment for me, to be able to present for Lost Tribe and for the band leader of Lost Tribe (Maharaj) to not see anything else but someone who wanted to present on the stage. We have a great relationship and it was a really a great feeling for me to come out as the first plus-sized model."

"Excited is not the word, it has been a mind-blowing 24 hours, it was amazing to know that I was so well-received," she said.

Pollonais said that judging by the great response from the crowd, inclusivity is important.

"Much of T&T's Carnival has become similar to Brazil's Carnival with a lot of very skimpy costumes, everybody is very lean, and that doesn't always match the actual masqueraders that play on the road. So there's that, coupled with the fact that if you have size, you sometimes feel more marginalised."

"It was a bold statement, saying 'at Lost Tribe, we welcome everybody, we are about love and we love everybody'. I was really thankful that the mantle was given to me to relay that message. And judging by the response I think the message is clear: give the people what they want," she said.

Pollonais, who has modelled in New York and Barbados, among other places, said that she hopes that this is the start of a more inclusive and varied representation of Carnival presentations.

For more information on The Lost Tribe's Carnival 2019 presentation visit them on Facebook: www.facebook.com/losttribecarnival