Love among the ruins: couple shows beauty in Hurricane-ravaged USVI 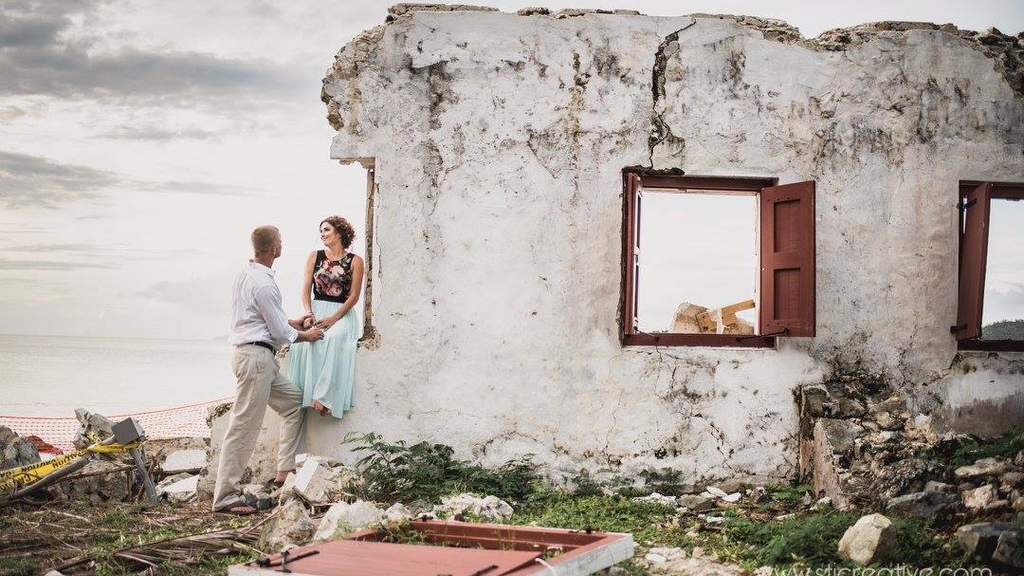 With some Eastern Caribbean islands still reeling from the destruction of Hurricanes Irma and Maria, one couple has reminded the world that there is still beauty in the islands.

Lauren Saia, 32 and her fiancé Marty Bruckner, 28, staged photo shoots in various locations on the island of St John that have been featured in People magazine.

The photos were done against the backdrop of uprooted trees, ruined buildings and beachfronts forever changed by the wrath of the super storms. 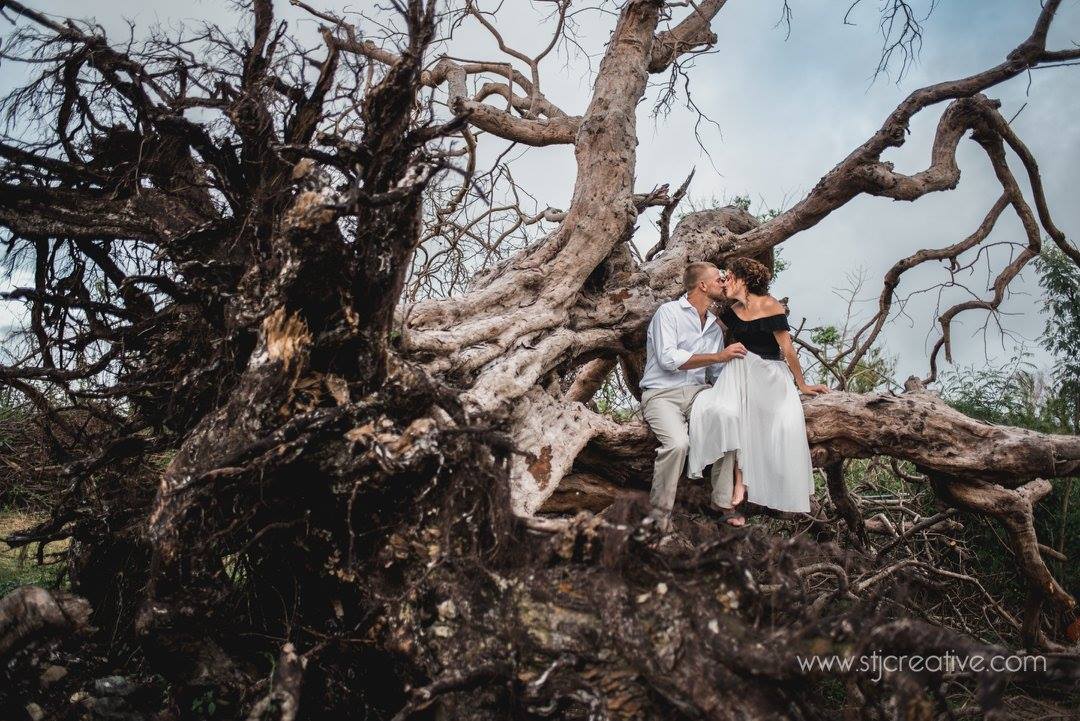 “We were planning to do the photos anyway and then the hurricane happened and we still wanted to do them regardless. We wanted them to be genuine and meaningful to us, regardless of what happened it is still beautiful…the beach is still blue,” Saia told Loop.

Saia, who grew up in Boston, has been living in St John for the last six years. She said she vacationed there a few times and fell in love with the place. 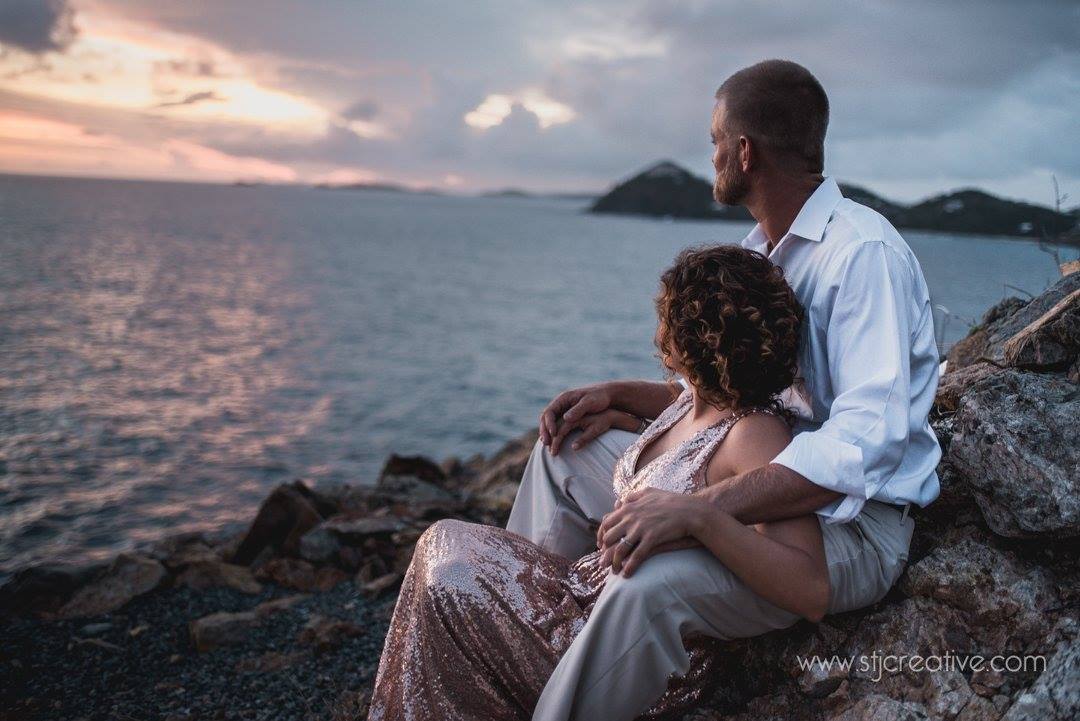 “It took me a few years to get brave and make the move. I intended to stay a month and just ended up staying there,” she said.

She met Bruckner two months after she moved to the island. He has been living there for 10 years. 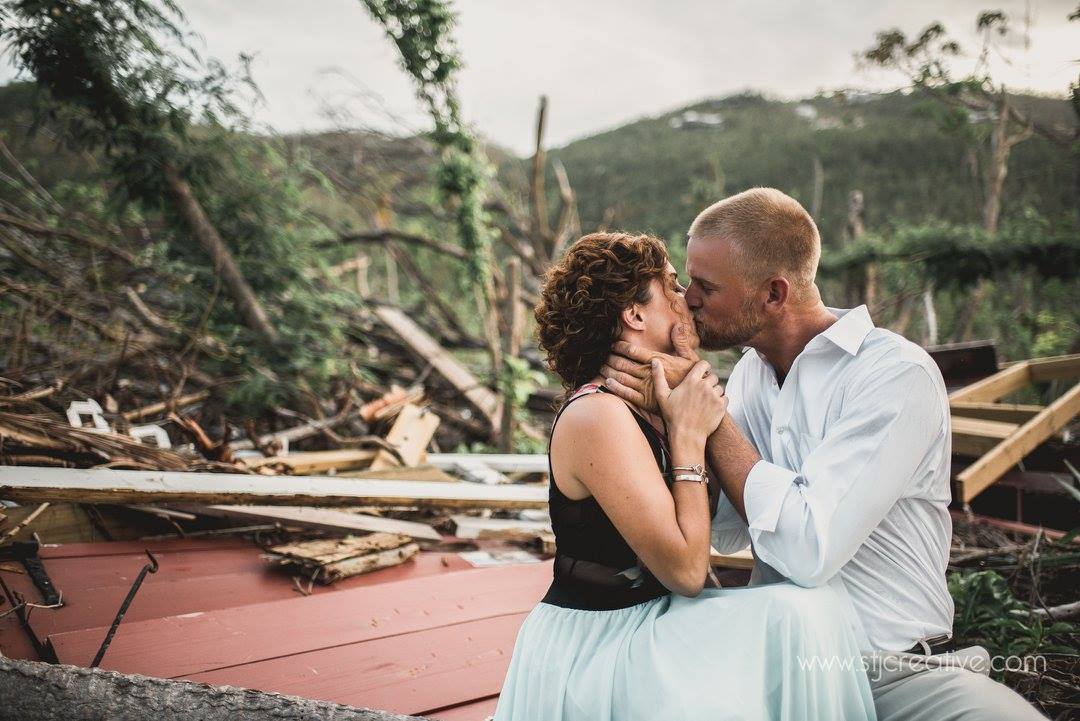 Saia bartended at a pub near the boat rental shop Bruckner operated. The two have been together ever since Bruckner invited Saia for a boat ride.

“In February, Bruckner asked her to marry him during a trip to Lake Tahoe. 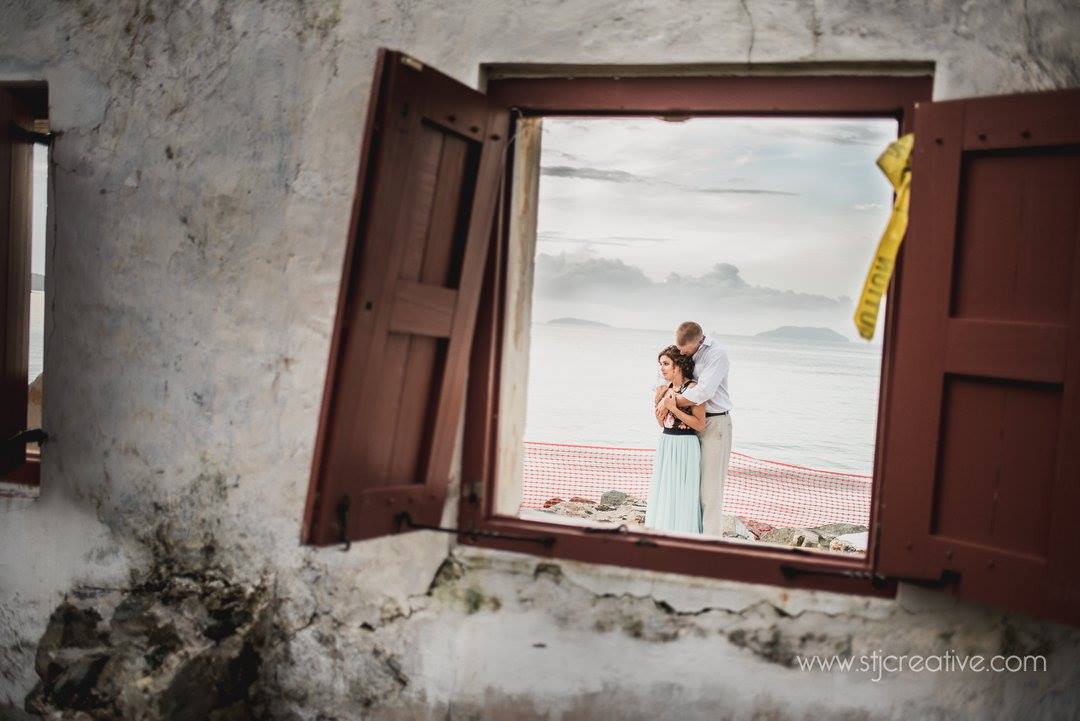 They planned to marry in May 2018 but that has been postponed as Saia said the island is still recuperating from the storms and there are too many challenges in the way.

She said 80 percent of the island is still without power.

Although Saia was in the US when the hurricane Irma hit back in September, Bruckner was not that lucky. He moved from the wooden apartment they shared to a friend’s concrete structure but that house was destroyed. 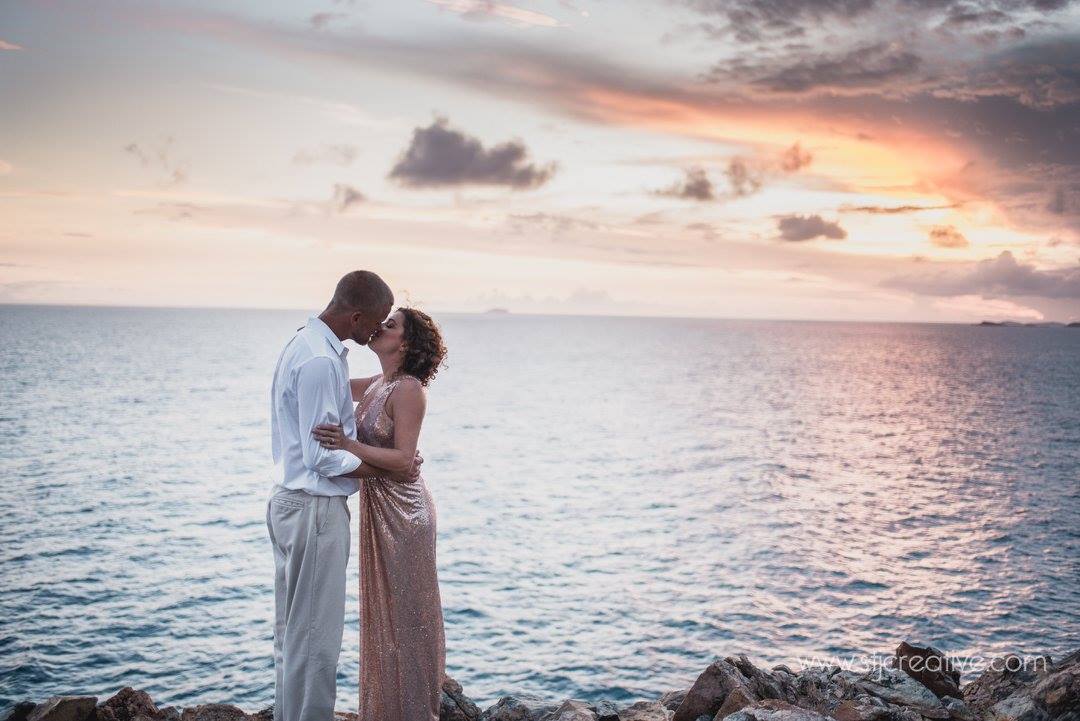 Back in the US, Saia was fearing the worst.

“The last few text messages from him were terrifying. I didn’t think I was going to see him and my dog again,” she said, noting that her fiancé was traumatised but is okay now.  Bruckner was evacuated to the US mainland prior to Hurricane Maria’s arrival.

He has vowed to never ride out another Category Five storm again. 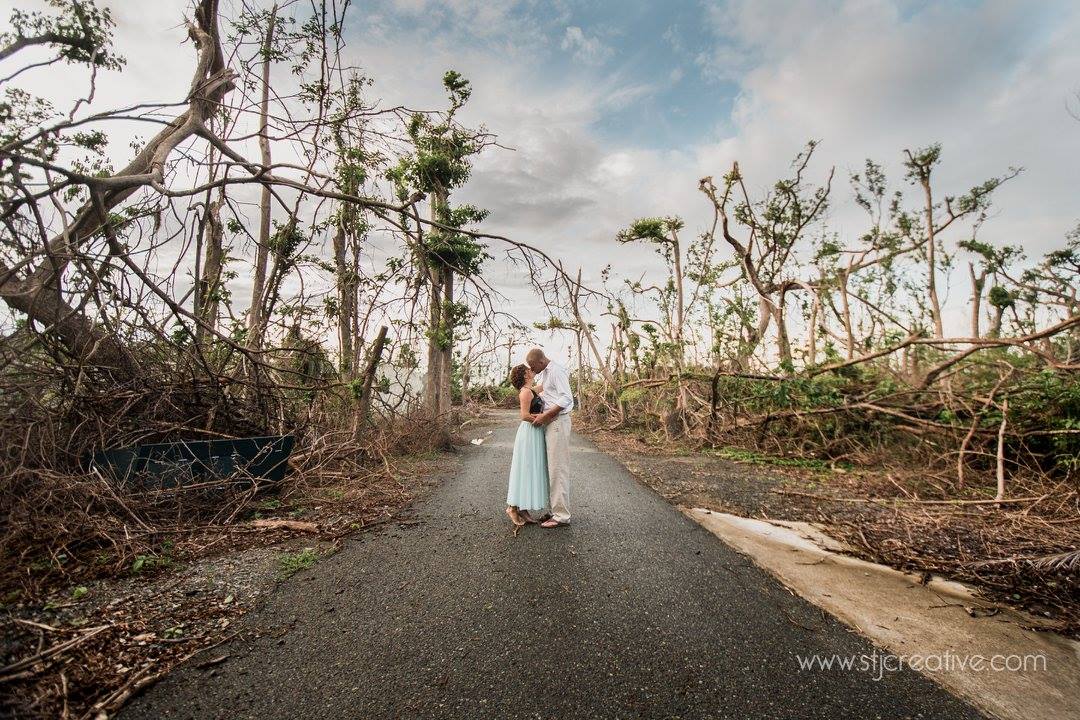 Bequette rode out the storm with Bruckner which made her the best person to do the photos, Saia said, as she understood.

The photos were shot at some beaches the couple frequented. 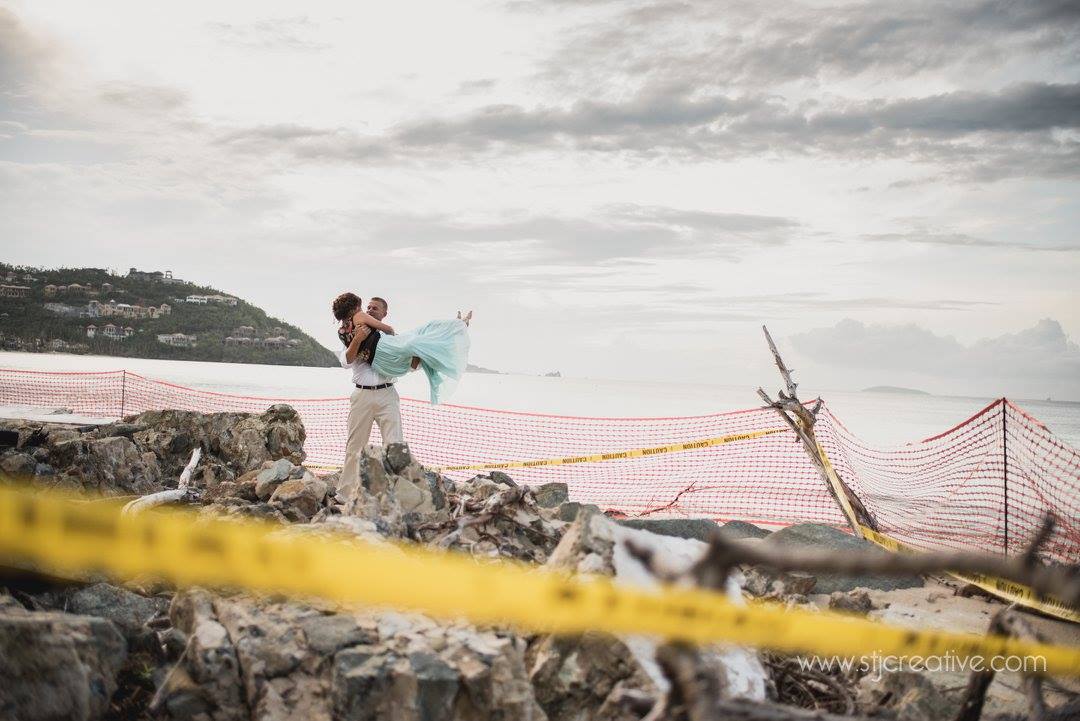 “It was a surreal experience to me. I knew where I was but it didn’t look like I remembered but it was beautiful and fun,” she said.

She said they plan to stay on the island after their wedding as they both love it.

“It is just so beautiful and the people are amazing and there is a sense of community. It’s just an amazing place,” she said.

Now in the US for Thanksgiving, Saia said she is surprised at the attention her photos have garnered and even though she is shy, she is happy for the attention the island is getting.

“If it brings more attention that is good. People tend to forget so we have to keep it at the forefront of people’s attention,” she said.

OECS Member States Rally Together in the Wake of Hurricane Irma

Island by island look at the tourism industry after Hurricane Irma