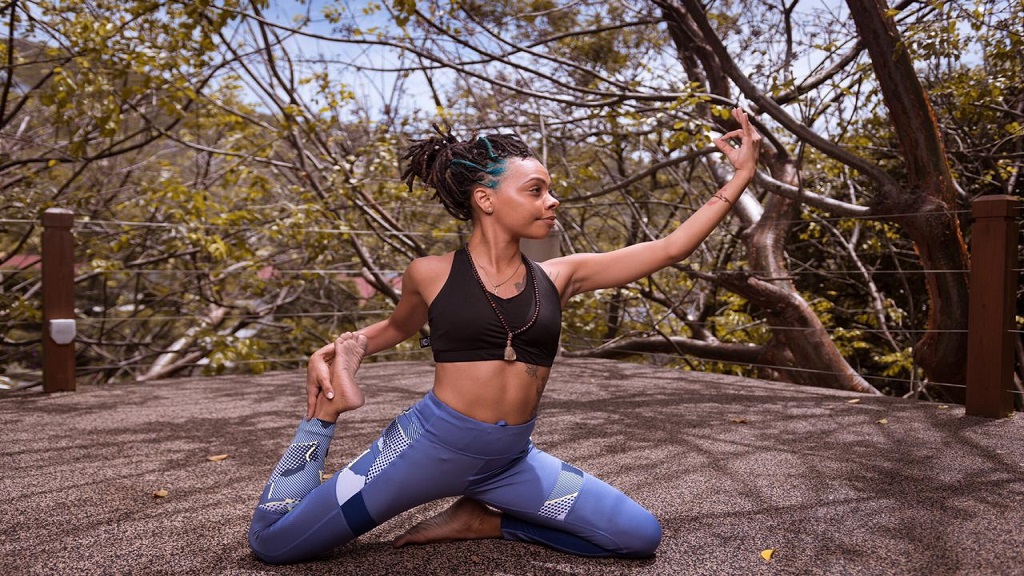 Kestin Greco, yogi, believes lack of accurate knowledge about yoga may be keeping many from living their best lives.

It takes courage to walk a path seldom trodden with no blueprint to follow and little more than faith to light the way. When Kestin Greco took her first yoga lesson, instructed by a Canadian woman, she gained more than just loose limbs and calmed nerves; she had also found her passion. Now, five years into her journey, having trained in The Bahamas, Jamaica and India, Greco's tenacity has etched her a cozy spot amongst a fine crop; the self-made and self-employed, who are fortunate enough to live off what they love.

During her interview with Loop, Greco beamed as she mused about her plans for 2019—not to give away too much but, it may or may not involve a polished, wooden deck set up in the rainforest. However, the path to establishing her well-known local brand “Yoga with Kes” was riddled with lessons. Many, she agrees, are worth sharing.

Loop: If I'm not mistaken, you were one of the first Saint Lucian yogis. When and how did your interest in yoga come about?

Greco: I was introduced to it at the hotel I worked at around 2014. I was a fitness instructor but after doing that for like three years, it really did a lot to my body; I used to get a lot of knee pain and a lot of joint pain. It was also making me angry because of the lifestyle; it's very intense and with that it made my anxiety go up, so I really started to suffer, I was really antsy, and I was snapping at people because of my job. Then this lady from Toronto was here and she was teaching us yoga—the hotel required it for us to train. I just fell in love after the first session because of how I felt afterward. I was just so at peace and for me, I wanted to have that all the time, I didn't just want to have it for five minutes. That's how I started off.

Loop: How did you go from just loving it to becoming a certified yogi?

Greco: I left and did a course in The Bahamas. I studied at an ashram for about six weeks; 200 hours. With them, they go in detail and I learned a lot. I learned more about the body, the lymphatic system, how it operates, and the breath, which is super important. It was six weeks of intensity. Lots of Satsangs which is Indian worship, we did that in the mornings. And it was strictly vegetarian, which was really good because it forced me to eat right.

Loop: When you returned to Saint Lucia and had to turn what you just learned into a career, what was that like?

Greco: Well, I had quite the journey. After I did the course in The Bahamas, I came back home but I couldn't get work, it was very difficult. No one wanted to hire me except eventually one hotel in the north. When they hired me, I was working one class a week for $45 a week. I use to make $45 a week and my mom was like, 'you can't survive like this.' But, I loved it. It was my passion and I felt I'd rather make $45 a week than not do it, you know what I mean? It made me happy.

Eventually, I was hired as a segway instructor somewhere else and so I worked as a segway and yoga instructor at the same time. After a while, I started getting more jobs at the hotel, they gave me more time, but this was after about 6 months of making $45 a week.

I just stuck with it, and I'm glad I stuck with it, because it blossomed. They started giving me more classes, my pay raised from teaching one class per week to two, then four and eventually I was full time. Then a year later I became the resident yogi at this hotel, teaching two classes a day, six days a week.

Loop: How did you eventually become self-employed?

Greco: About a year into it, in 2017, I started to get bored of the style I was teaching which was Sivananda. It's a beautiful practice, very beautiful, but teaching it everyday… I decided I wanted to try Kemetic yoga, which is ancient Egyptian, African based, and I went to Jamaica. I did it mainly to help my people. That was the main reason; because it's black-culture based I thought they would gravitate to it. I did the 200 hours in Jamaica, got my certification afterwards, came back home, but my people did not take to it.

I started renting out the studio at Harmony Suites to teach classes once a week. It started off okay but eventually, there were times no one would come. I think that people wanted a quick fix, and I cannot give them that. They would just give up. People don't realize yoga is a discipline, it's a practice that you have to do and if you don't do it regularly, what's the point? That's why I tell people when you come to class, I'm here to guide you but, if you leave here and you go home and don't do it, it's doing the teacher and yourself a disservice. So I cancelled the class because it was just depressing.

Eventually, I started getting a lot of privates [house calls] and doing a few sessions here and there at different resorts. It started to pick up after 2017 and moved into 2018 which was my best year. I accomplished a lot of things one of which is that I started teaching with SALSA Saint Lucia and I love it because it was my first ongoing local group.

Greco: The people who would contact me are mostly foreigners and foreigners who live here too— they appreciate it. But my people, they don't. Some people tell me it's witchcraft. In fact, two women came to a session and said they're stopping. They told the owner of the studio who eventually said to me, “they said, you're talking about the “third eye” and that's evil.” I thought to myself, “damn the ignorance!” And, I would appreciate it if people came to me and asked “Why the third eye?” or “Why this, why that?” So I can let them know. But don't just tell me it's against your religion.

I've been called 'the devil' and 'the devil worshipper.' So I know it's just people and their misconceptions. Yoga is not about that. Yoga literally means 'union', that's it. If you go to ashrams— because most times you practice yoga at ashrams—which is holy ground, you would see that it's very clean. So clean food, clean living; it's about being clean. And, if you're in an ashram, you will see signs literally saying, “We are all one.” No matter if you're Jewish, Christian, Muslim, lesbian, gay or straight, we don't care. All they care about at ashrams is that we have an open heart and that's it. And, when you practice yoga, you do get that open heart. People tell me that when they see me walk up the road, I just seem so happy, I'm just always so blissful but that's what yoga gives when you go into it. I just wish more people would educate themselves. 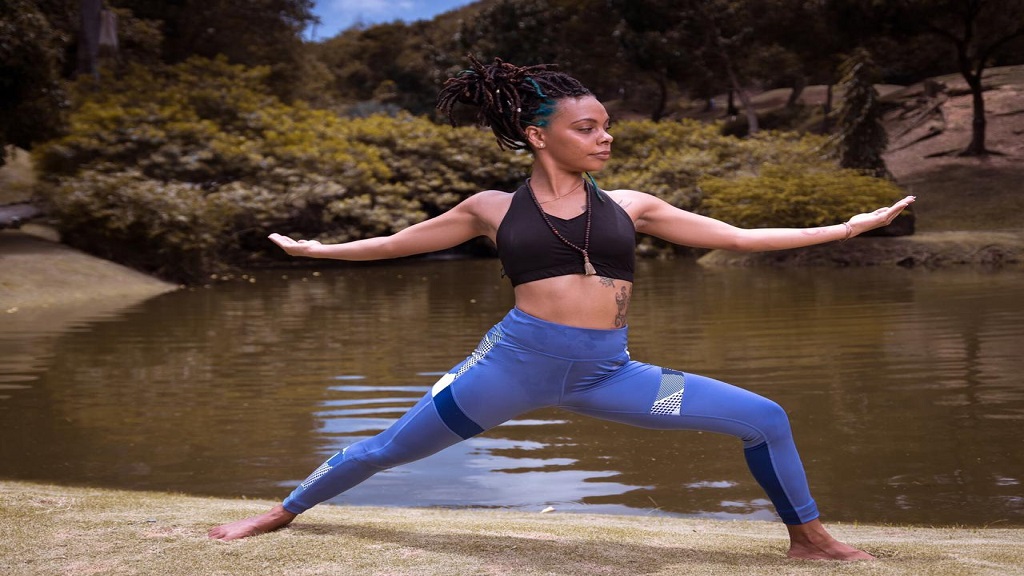 Loop: Some might simply want the physical benefits of yoga; flexibility and overall physical health. But it seems there is a lot more to it than that.

Greco: I always tell people the main thing about yoga is if you can't do anything else, just focus on your breathing. That's the essential part of yoga; the breath because, the breath is the only thing in your life that is always there. Unlike the future and the past, it's always with you. So if you control the breath, you control the body, the mind and you actually control your life span. Yoga is not only postures but it's also healthy living, it's meditation and positive thinking. So these are the five elements: asanas, pranayama, veganism, meditation and positive thinking; we call it the lifestyle. The postures are just like 10% of what it really is.

Loop: Could you see yourself doing anything else or do you feel that you have found your purpose?

Greco: Yoga is my love. I don't see myself doing anything else in life. I will be 80-years-old and still be an old yoga teacher. I did try a normal job. I moved to Bahrain two years ago, and I had a regular job. I hated it. I wanted a yoga job actually. But, they gave me a deal to work six hours as the Manager of a raw/health foods cafe and work the rest of the hours in my studio. But I couldn't function. In the cafe, I kept thinking “Why am I spending so many hours here?” I was in customer service and people had attitudes, they were so mean. It was sleepless nights, long hours, meetings with the boss, the constant messages were driving me crazy. I ended up working 12 hours a day.

I was making good money in Bahrain too, the Bahraini dinar is almost seven times that of the Eastern Caribbean Dollar. I had a beautiful bank account but I left. My uncle, who lives in Bahrain, asked me, “Why are you leaving?” I was like, “My heart man, this is making me sad," and I used to get anxiety attacks. I felt I had to go back to what I love. And I did.

Loop: How did you come back from that experience?

Greco: It's okay because part of the journey is taking opportunities. I live my life for experiences. I always tell people, if there is one thing no one can take away from you, it's your experience. When it happened, I thought I was a failure because I had gone there for a purpose, but now I realize it just wasn't for me. I tell myself, 'You went, you took that risk,' and I made some amazing connections who I still keep in contact with.

The only sad thing was I left my job; my life here [in Saint Lucia] and literally picked up and went away, only for me to come back a month and a half later. And it was hard to restart everything, but again, jobs eventually began coming in.

Loop: Can you leave us with one vital lesson you learned on this journey?

Greco: Right before I left for The Bahamas, I was super happy. I quit my job and I emptied my entire bank account just to do that yoga course. I had nothing left but a zero balance, just to follow my dreams. I confided in a really good friend of mine and told her this is what I'm going to do, and she just bashed my dreams. She was like “What?! You're going to let entities come inside of you?” More people started saying it to me as well. It was confusing, but now, look at how things turned out I'm just like “If something is in me, that means it must be very happy.” Because, look at me, I'm blissful, I'm always smiling, I always feel good. But I still do hope that more people open up and give yoga a try.