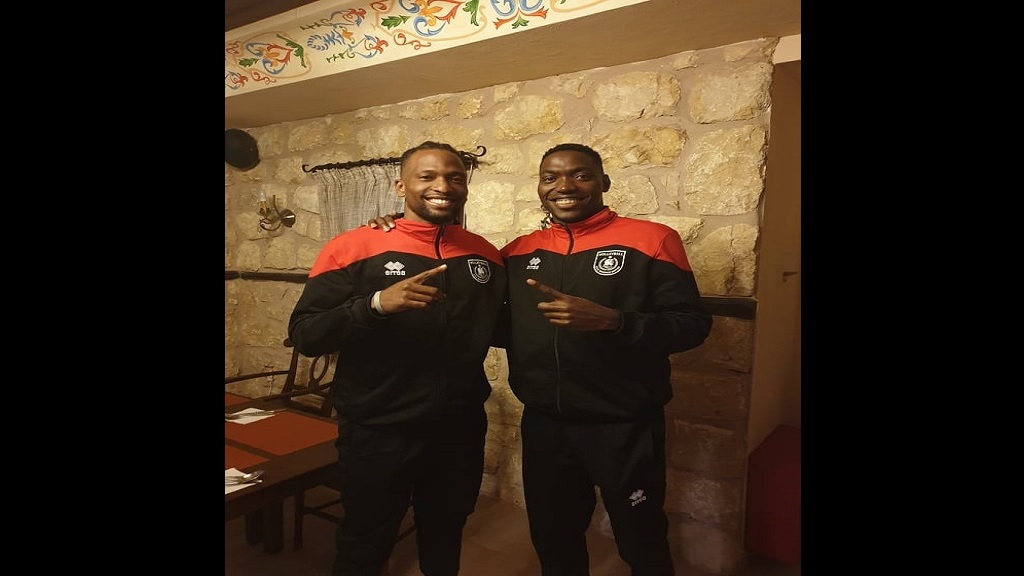 In 2014, Saint Lucian volleyballer Julian Bissette started his professional career in the Greek Volleyleague, one of the top men's leagues in the world.

The 6'6" (1.98m) middle blocker would move on from MENT, and eventually from Greece entirely, but not before being named most valuable player. And not before meeting the woman he would eventually go on to marry and start a family with.

Now, five teams later, the 29-year-old Babonneau native is back where his professional journey began.

Meanwhile, Tevin St Jean made his Greek debut in 2016. One of Soufriere's most outstanding athletes, the soon-to-be 25-year-old started with with Iraklis Chalkidas, citing Bissette as one of his inspirations. And now, the two get to play together.

Bissette and St Jean are the first two foreign signings for Filippos Veria for the 2020-2021 season.

An official club statement read: "The Steering Committee of A.P.S. Filippos Veria is pleased to announce the start of our cooperation with Julian Bissette. [He] signed a one-year-old collaboration contract for the new Volleyleague season 2020-2021 and returns again after three years of absence in Greek stadiums. Beyond his special qualifications that characterize him, he has important performances from international championships."

For his part, Bissette expressed his delight to be returning to a country that has been like a second home to him and to his family. He said: "I am very pleased to be part of the potential of Filippos Veria, and after three years I am returning to Volleyleague. We all wanted this very badly and I am very glad we agreed because I will play next to my loved ones, like my compatriot Tevin, and my former teammate in Narbonne, Costas Prousalis, while being close to Thessaloniki and my family. With my performance, I want to help Filippos Veria reach high in the championship.

"I am also happy to be here so that I can work with Tevin, to try to ensure he improves and has a better career. If Tevin wants to become the top blocker of the championship, I will be happy to be second!"

Bissette has won multiple titles in the past two years in Romania, including the domestic Super Cup prior to the pandemic shutdown.

For the upcoming season, Filippos Veria will be led by head coach Socrates Tzioumakas, going into his second year in charge. The club is more well known for its exploits in handball, but earlier this year, they emerged as A2 Greek Volley League champions. Now promoted to the A1 league, the technical team harbours ambitions of improving the volleyball team with the addition of players like their new Saint Lucian standout.

The Latest: Greece reopens its border to tourists