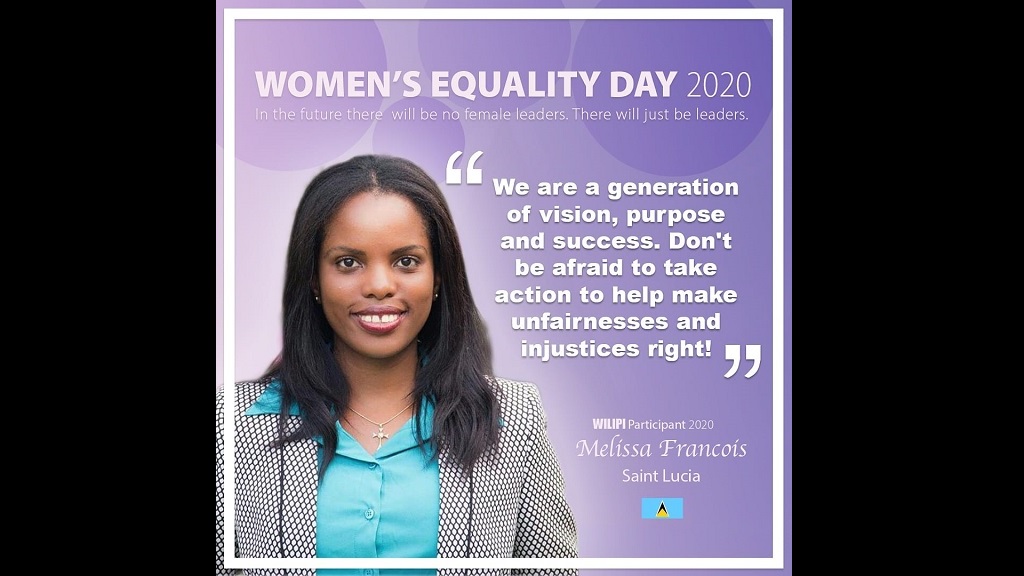 Eight Saint Lucian young women are to graduate from the US embassy’s Women in Politics Leadership Institute.

The programme, facilitated by the US embassy in Barbados was designed to encourage young women in the Eastern Caribbean to increase their personal involvement in civic participation, including community organizing and elections.

Participating countries included Antigua and Barbuda, St Kitts and Nevis, Dominica, Barbados, Grenada, St Vincent and the Grenadines, and Saint Lucia, with the most participants.

One participant, Melissa Francois, spoke to Loop News about her experience.

“Personally, it was an incredibly feel good and exciting experience. The US Embassy provided female facilitators who were involved at the highest level of politics (Government ministers, Ambassadors etc.) from both the Caribbean and the United States, who were equally excited to teach us all that they knew and had experienced as women advancing in what is usually a male-dominated arena,” Miss Francois said.

The activity was done in a format of four 90-minute virtual training sessions.

Francois said: “I chose to participate in the training because I saw it as an opportunity to further develop the skillset needed to not just become a good leader, but an effective one as well.”

According to her, programmes such as this are extremely important for Caribbean development.

“Not many people may be aware, but in the Beijing Declaration and Platform for Action, gender balance in political participation and decision making was set as an internationally agreed target.

Unfortunately, in global rankings, countries of the Caribbean are almost at the bottom of the barrel for balanced female political participation…This needs to change,” she said.

As to her plans to enter politics, Miss Francois had this to say: “I would most definitely consider an opportunity to give back to Saint Lucia in a meaningful and definitive way.”

Francois declared it was a really positive feeling as a Saint Lucian to see so many other fellow country women in the programme.

“The application process was competitve; your credentials, experiences and contributions had to be at the highest level to be considered for entry. Saint Lucia had the highest number of participants with 8 out of the final 27; roughly 30% of the entire cohort.

I think that this is an extremely positive sign for the future development of the country if any (or all) of us decides to throw our hat in the ring of country leadership.”

PHOTOS: PM Mottley thanks Owen Arthur for his 'courageous leadership'