Lucians, what was your favourite childhood game? 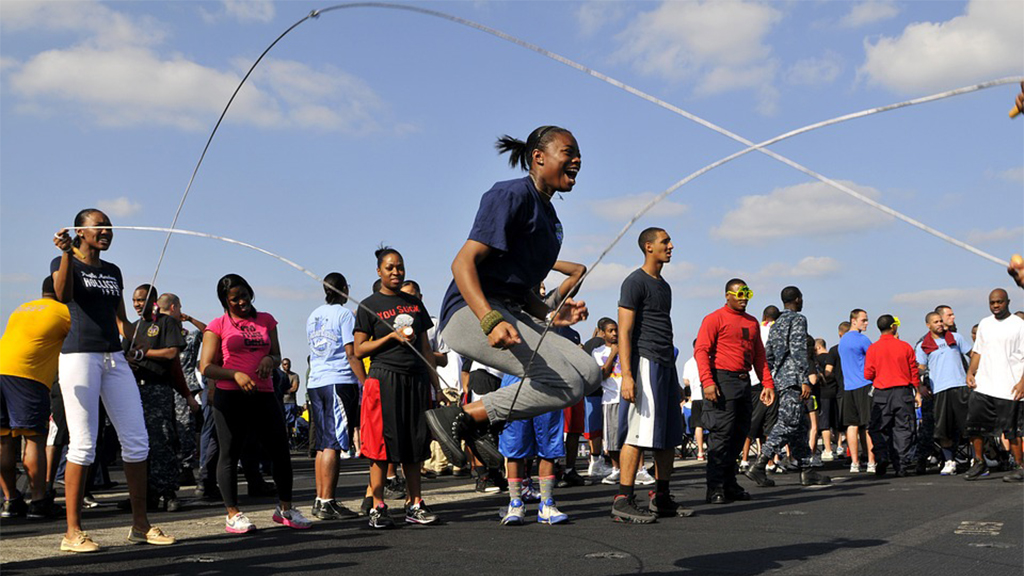 The initial purpose of this article was to provide a lesson in 'ring games' or, as it is referred to in some parts of the Caribbean, "ring play." However readily available historical facts - that are specific to Saint Lucia - on the subject, are scant. Needless to say, while seeking particulars from culture enthusiasts, this point stood out; most people (young and old) are quite eager to indulge in nostalgia. Baby boomers and Gen-Xers love recalling the short-lived "footsy" craze, while millennials longingly ponder over everything from 'freeze' to Nintendo. It seemed only right then, that we perform a more inclusive exploration. Here is a list of five of the most popular childhood/ playground games from the good ol' days: (Appearing in no particular order)

Some might hang their heads in shame at the memory of their hip flinging primary school days. Others may recall it with cheerful amusement. Dancing to claps and fast-paced rhythmic melodies, many of which featured African inspired chants like When Susie was a baby's 'jumblay, jumblay jookay sa!" was common across the Caribbean. Here in Saint Lucia, we enjoyed the tamed beckoning from more child-friendly lyrics like There's a Brown Girl in the Ring's "show me your motion", as well as the more explicit, which we had no real business singing.

To play, children form a circle, one child enters and stands in the middle where he/she continuously turns around as everyone sings the words of the chosen rhyme. In the end, the child in the middle chooses a partner from the surrounding circle and the two dance together to the rhythm of a chant.

Despite their African influences, ring games are said to have European influences as in some islands they were taught to children by European teachers.

This childhood game required skill and strategy. Chinese skip falls somewhere between hopscotch and jump rope. It involves a long string of elastic tied together at the ends so as to form one large loop. The rope is stretched by two holders standing inside the string directly opposite one another, which allows the rope to form firm, parallel lines. Starting with the strings around the ankles of the holders – and eventually working its way up the body –, the jumper must come to the center and complete a complicated jumping pattern. Depending on the skill of the jumper, it is possible to go as high as the neck or a finger held above the head.

Chinese skip is played around the world in a number of variations, some which also include chants. The origin of this game however is unclear although the current belief is that the first noted examples of humans jumping over rope date back thousands of years ago in China and Egypt (no exact date) when rope makers, who twisted yarns of hemp into ropes, needed to jump over their rope to pick up more strands of hemp. This was then perceived to be a skill and eventually adapted into a game among adults.

What makes memories of jump rope especially sweet is the Saint Lucian touch of sing-song lyrics and fancy footwork we incorporated into our skipping. Though jump rope is not exclusive to Saint Lucia nor the Caribbean, we indulged ourselves at primary school with rounds and rounds of skipping while chanting rhymes like, "One, two, three, up in the guava tree, when I die, don't make my baby cry! Children must obey their parents, 1,2, 3..."

The origins of these chants are also difficult to trace however they somehow managed to be passed down year after year, (although they seemed to have died down after the early 2000s).

Do children still play "fish, fish, in a dish"? It was survival of the fittest with this popular hand game and others like it.

How it works: Children stand around in a circle with their upturned hands stretched out in front of them and palms open. In some instances, one child will place his or her left hand over the right palm of the person flanking his/her left side. Once the children begin to recite the words of a catchy chant they consecutively pass along light taps to the palm of the person directly on his/her left. At the chant's end, the person who received the last tap on their palm must call out a number, the group counts out loud and with each number they continue passing on the taps, hand to hand to hand to hand until they are done counting. The aim is to not be the person who receives the final tap, which means when the last tap is about to be given, the receiver – if he or she is quick enough – can pull his/her palm away causing the opponent to miss. If this happens the tapper must place his unsuccessful hand behind his or her back while the game continues. If the tapper was successful, the receiver places his/her losing hand behind his/her back. This continues until one person is left standing.

The queen of all clapping games was what we called "Silent" but its alias is different all over the world. Clapping games can be played between two people or a group if the game requires it. Another two-person clapping game played around the world is "pat-a-cake".

In Saint Lucia, especially in the early 1990s another favorite was the game, "Four white horses" which required four people and led players to complete a complex hand sequence including both high and low motions. As the game progressed the movements increased in speed until one person messed up and disrupted the sequence. That person was then replaced.

The origin of Clapping games, including "Four White Horses," is also quite difficult to trace as they are widely popular in Europe and other corners of the world. However, their accompanying chants although sound similar in rhythm and lyrics will likely vary from one country to another as words often get replaced or remixed by dialect.

“The earliest clapping game in Europe, still well known today, was probably the adult and child game, 'Pat-a-cake, Pat-a-cake', which was first documented, according to the Opie's, in 1698.” - The British