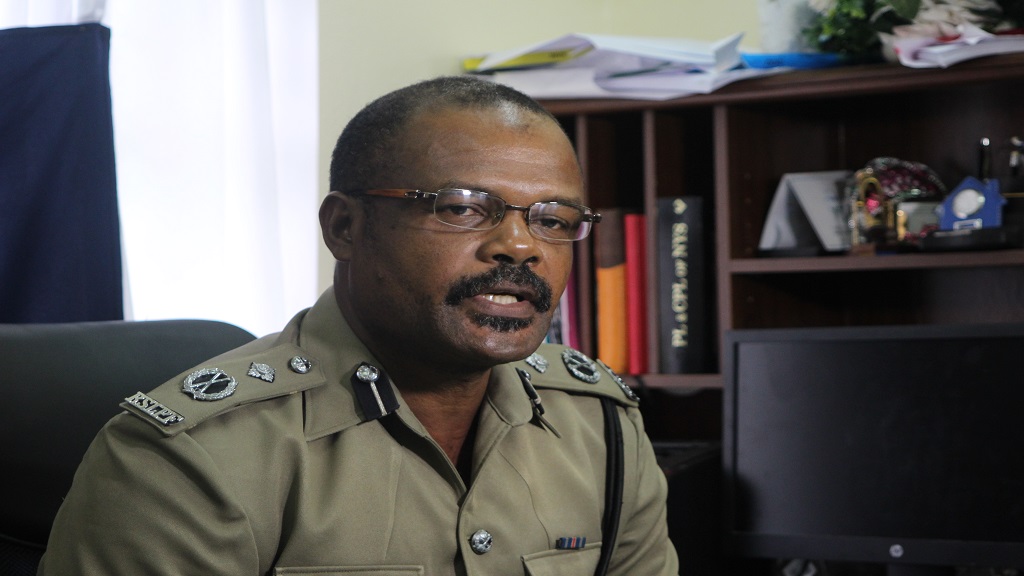 Assistant Commissioner of Police George Nicholas today, Tuesday 8 October 2019, revealed that on Sunday about 71 police officers took part in the operation that spanned Canaries in the island’s west to Dennery on the east coast all the way up north to Gros Islet.

The police haul, according to Nicholas, included 18 impounded vehicles, the issuance of 58 tickets, the arrest of seven persons, a Glock .40 calibre pistol with eight rounds of ammunition, a 12-gauge shotgun with two rounds of ammunition and a quantity of illegal drugs suspected to be cannabis.

Nicholas, who is in charge of Territorial Policing, said that over 400 vehicles were inspected (searched) during the operation and the guns, ammunition and controlled drugs were found in a green Suzuki motorcar that was searched by officers in Dennery.

That same Sunday morning two off duty police officers intervened in an altercation between two male individuals, one of whom fled the scene on seeing the two police officers. The officers gave chase and overpowered the runner , Kim Justine, in the process.

Justine was arrested when a Smith and Wesson .40 caliber semi-automatic pistol with four rounds of ammunition was found on his person.

Justine was charged with possession of an unlawful firearm and ammunition and was taken before the First District Court where bail was set in the sum of $5000 cash or suitable surety on each count. He is currently awaiting trial.

“We want to thank members of the public for showing tolerance, understanding and patience during the conduct of those operations and we are asking them to continue to support the police when they are having those operations as they are something that will continue throughout the length and breadth of Saint Lucia,” Nicholas said.

One escapes, 5 arrested in police operations in St Lucia