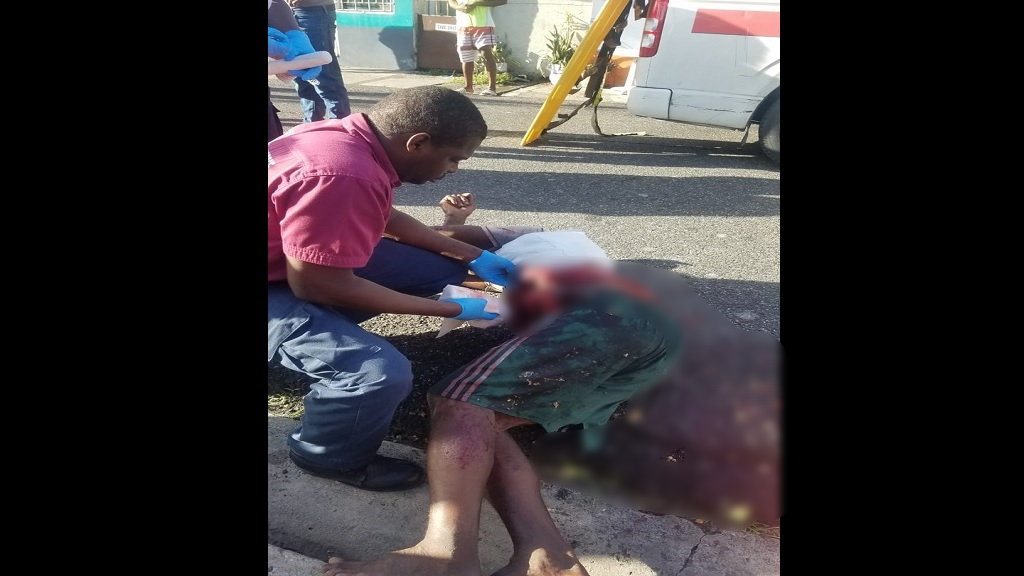 Anslem George being treated on the scene.

According to reports, George sustained multiple stabs to the body on July 22, 2020.

An assessment by emergency personnel revealed that George sustained a severe wound to his abdomen.

He was transported to the Owen King EU Hospital, where he is currently in an induced coma.

Daniel was formally charged under section 77(1) and 85(b) of the Criminal Code of St Lucia for the attempted murder of George.

He has since been remanded to the Bordelais Correctional Facility.