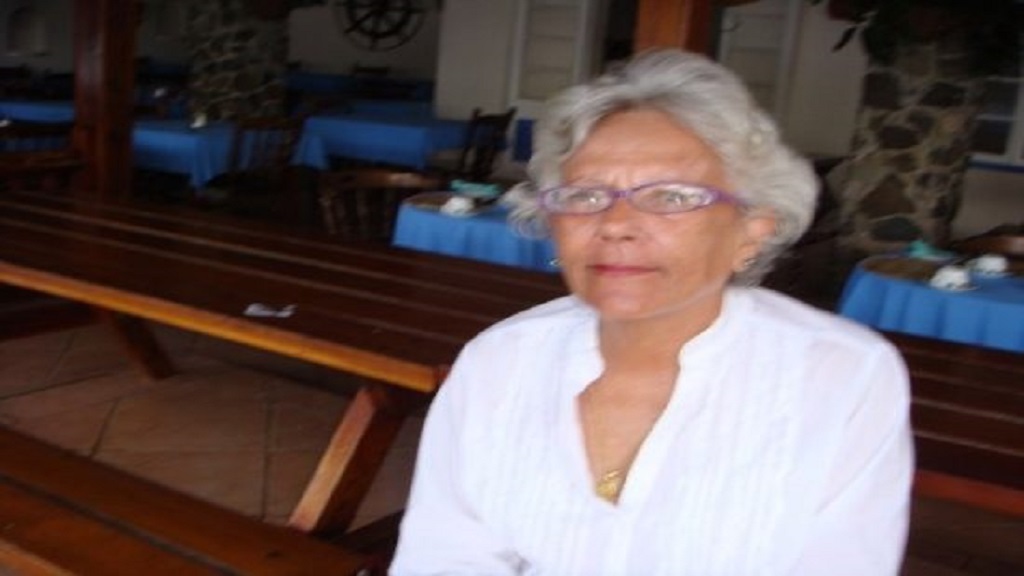 After an almost nine-year wait, the family of Gloria Greenwood, who was murdered in St Lucia in 2011, have spoken out on finally getting justice so many years later.

Roger Joseph received a sentence of 22 years, 4 months and 25 days for the homicide and 12 years for the theft of a vehicle. However, the sentences are to be served concurrently from July 3, 2020.

The judge started the murder sentence at 29 years. A 1/10 discount of 2.9 years was taken off for entering a guilty plea. A further three years ten months and five days were removed for time served on remand.

According to court documents, Joseph had been employed as a gardener by Mrs Greenwood.

The sentencing was handed down on July 3 via the Zoom application where the defendant; his attorney Leslie Mondesir; Deputy Director of Public Prosecutions Stephen Brette; and daughters and granddaughter of the deceased were in attendance.

The family issued a release in response saying: "On October 16th 2011 our lives changed forever.

Instead of planning our mother’s 80th birthday celebrations, we had to plan a funeral, after our mother - Gloria Greenwood - was brutally murdered at her home at Marisule, St Lucia.

Almost 8 years after our mother’s murder, and almost 8 years after the guilty parties were arrested - we had a trial in September last year, 2019 - after which a gagging order was placed on us. Now, 9 months after that trial, sentencing has finally taken place.

We would like to thank the Judge who stepped in at the 11th hour, the Foreign & Commonwealth Office London, the British High Commission St Lucia, the DPP, and the Prosecutor for their support, for which we are grateful.

Have we seen justice? Finally, we have, but we had been denied justice for over 8 years.

All of this fight for justice at a time we should have been able to grieve for our mother. The trauma to us of the murder of our mother has been matched by the subsequent trauma, over the past 8 years, of getting the case to trial & sentencing.

For over 8 years we have been victims of a flawed judicial system in St Lucia, as have so many others. These flaws made a dreadful situation for us even worse and will affect every victim of crime. Do these flaws send the wrong message to the perpetrators of crime?

Our hopes for resolution of this matter have been raised and shattered on many occasions. In total there have been 8 trial dates, 4 sentencing dates, and over 60 court hearings listed in the nearly 9 years it has taken to bring this case to a conclusion.

And in that time there have been countless changes to personnel: 3 Prime Ministers, 3 judges, 3 different DPPs,
the retirement of police personnel, numerous changes to attorneys, not to mention the closures of the court & the forensic lab.

The system was unable to provide us with consistent information on a timely basis. We felt ignored, and there was no clear pathway to justice. Most of the information gleaned had to be sought by ourselves.

This was perhaps the most difficult issue. It is a great sadness and frustration to us that, despite all of this, we are the lucky ones.

We appreciate that many victims of crime in St Lucia may never see justice brought. We hope that this is something that will be addressed, for all St Lucians, as the situation with regard to delays is untenable.

For those seeking justice in St Lucia, our message is this: you must make the wheels of justice turn in your own cases, you deserve it, and so do your loved ones.

It will seem an arduous, frustrating, and at times seemingly impossible task. Be strong, have faith, and do not give up.

There is an obligation on the state and entire justice system to bring earlier conclusion to cases. We do hope that all St Lucian Governments, present and future will reflect on the matters which need attention and be brave enough to prioritise them for attention. We hope the necessary funding will be provided to move forward the hundreds of unsolved crimes in a constructive manner.

We want to be clear that despite our harrowing personal experiences, and even though our memories have been tarnished by this experience,  St Lucia continues to have a special place in our hearts - it has been the place of many landmark events in our lives, and our parents’ lives. We have family and friends in St Lucia, all of whom are very dear to us.

We were treated with great kindness by all those we encountered during our 4-week visit in September last year, at the time of the trial. We are very grateful for this and wish to express our sincere thanks. We have been reminded how polite and kind St Lucians are.

We are grateful for the guilty plea entered at the time of the trial, as this spared us the horrendous, hugely distressing, frustrating, and protracted experience of a full trial. Now the perpetrator has been detained, and we believe the sentencing to be fair.

This marks the end of what has been a very long haul. We finally feel that we have achieved what we set out to do; justice has been served for our mother.

At the end, the authorities did come good. We live in hope that they have changed.

This statement is more than 8 years overdue. Now closure can begin."