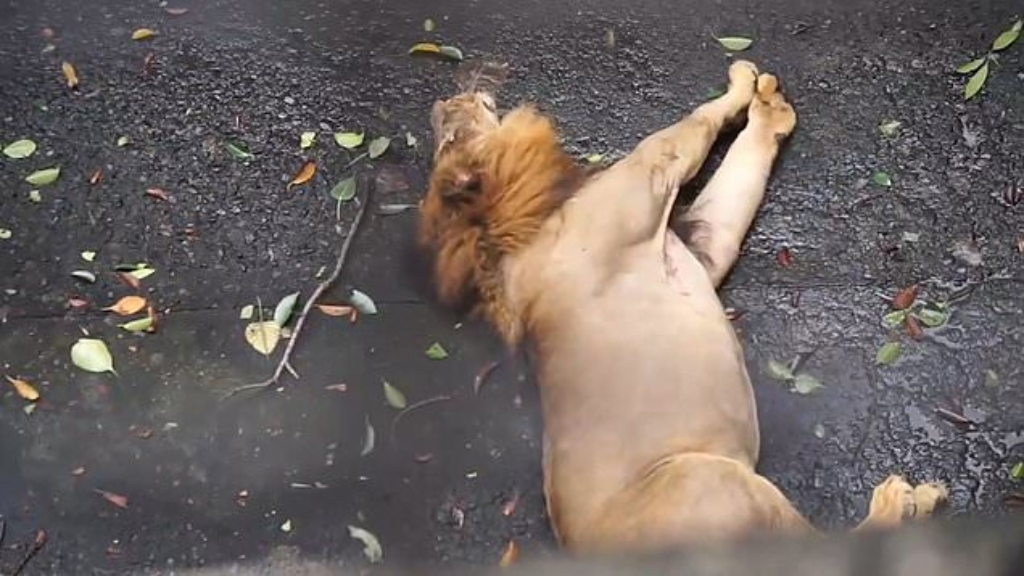 This is the harrowing moment a lion was seen having a seizure on the floor of his enclosure in front of shocked zoo visitors. Four-year-old female Asiatic lion Raffy collapsed and started violently shaking at the Manila Zoo in the Philippines on Sunday.

Onlooker Mark Lee said the animal appeared ''malnourished'' and called on the zoo to investigate the incident.

''The lions in the zoo appeared malnourished," he said. "The animal in the video was having a seizure. I think that the zoo really needs to look into this a lot more. I know that volunteers do check-ups once a week on animals but it is not enough so I do hope that the management of Manila Zoo will further improve in the future.''

Mark said he didn't report the incident to zoo staff because moments later it started raining and he could not find them. Heinrich Patrick Pena Domingo, officer-in-charge Manila Zoo Zoological Division said on Wednesday that Raffy had recovered and that they were still doing tests to find out what caused the seizure.

''Right now, Raffy is okay. We did not see any problems with him today," he said. "He has a normal appetite so far. We started a medical diary to note changes in the lion's appetite and behaviour as a first step.''

A veterinarian who has had contact with Raffy said that since the seizure he was being checked over by vets and zookeepers. Leo Trinidad Almelor said, ''Raffy's final diagnosis will be stated once the attending veterinarians get his respected results. After proper diagnosis, his treatment will be followed.''

Zoo responds to concerns over lion

Watch: Swarm of bees clusters around car in POS