Maradona steps down as Gimnasia boss 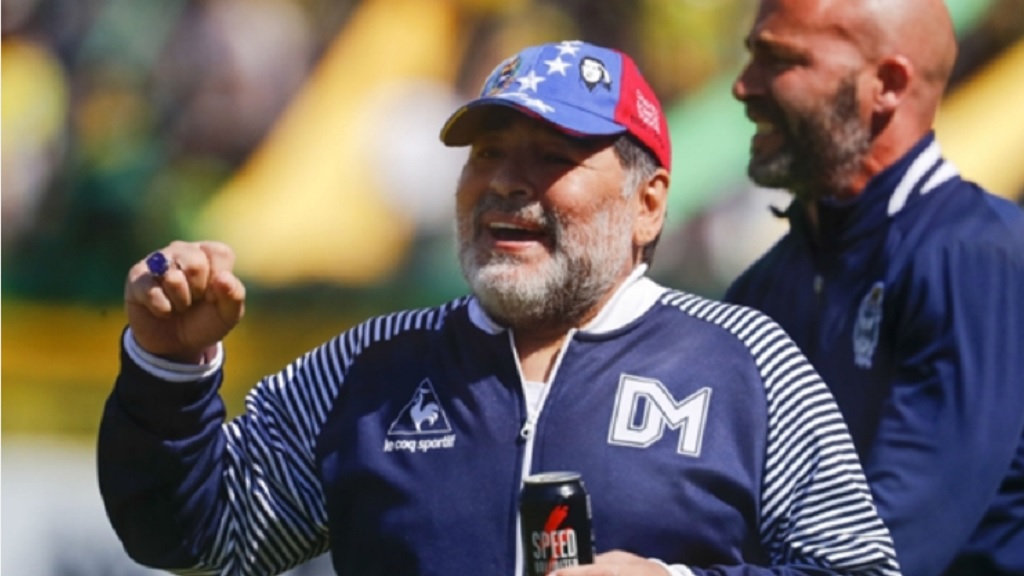 Diego Maradona has stepped down as head coach of Superliga Argentina club Gimnasia y Esgrima La Plata after a little over two months in charge.

Relegation-threatened Gimnasia remain third-bottom of the table and the news that club president Gabriel Pellegrino will not stand for re-election this weekend has persuaded Maradona to walk away.

"Maradona worked in a collective scheme. He said he was here to add, not to rest. He'd love to continue, but he wants unity. It just didn't happen."

Mariano Cowen and Salvador Robustelli will contest the presidency, but Maradona did not wish to continue in Pellegrino's absence.

Pellegrino added: "Today's meeting failed. There will be elections on Saturday. [Diego] Maradona gave his will and he gave his time. He had an enormous will.

"There will be elections on Saturday and [the candidates] will look for a head coach."

Pellegrino was influential in persuading Maradona to resume a fitful and nomadic coaching career.

Gimnasia were the first team the 59-year-old had led in his homeland since the mid-1990s, when he enjoyed brief spells in charge of Textil Mandiyu and Racing Club while serving a playing ban for a failed drugs test during the 1994 World Cup.

He spectacularly returned more than a decade later to lead Argentina at the 2010 World Cup, where they were beaten by Germany in the quarter-finals.

Stints with Al-Wasl and Fujairah in the UAE came before a 2018-19 tenure at Mexican second-tier club Dorados de Sinaloa, which became the subject of a Netflix documentary series.