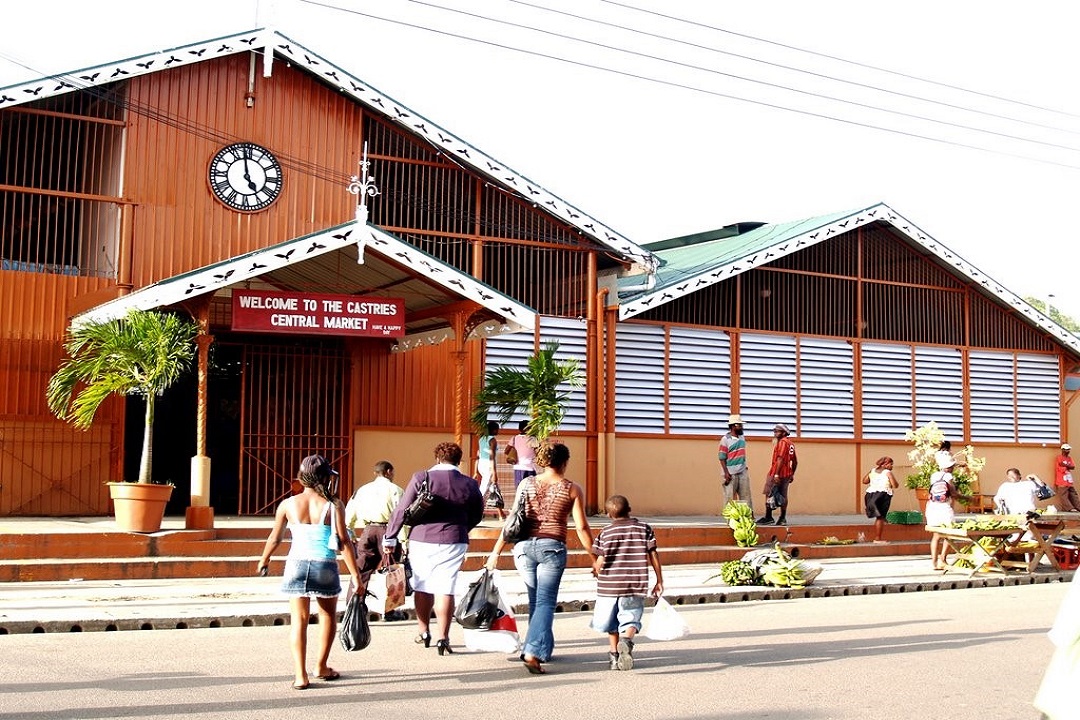 The more than 100-year-old Castries Market is in for a major refurbishment which will mark the start of the redevelopment of the City of Castries.

The announcement was made by Prime Minister Allen Chastanet following a tour of the market Saturday with Physical Planning Minister Ezechiel Joseph, Mayor Peterson Francis and representatives of TEPA (St. Lucia Trade Export Promotion Agency), St. Lucia Manufacturers Association and two architects, one of whom works with government.

The Prime Minister said that the market, which was constructed in 1891 by building engineers Bruce & Still Ltd., of Liverpool is grossly underutilized and that his government is looking at it to not only improve its appearance but to ensure that vendors sell primarily St. Lucian products.

“Before the elections we came here several times as a party and always thought that this place was grossly underutilized. When you go and meet the people who work here on a daily basis you can see the level of frustration that they have. So once and for all we want to come in here and fix up the place,” Chastanet said.

“This is the beginning of the plan for the re-development of Castries. Right now we have an outside agency reviewing the plan that was done in 2008 and basically bringing it up to date,” Chastanet said.

The Castries Market is the largest open-air market in the country with hundreds of regular vendors and other types of vendors plying their trade there. It has facilities for the selling of fish, meat, fresh produce, restaurants and at one time was the popular weekend venue for lovers of Country & Western music who would dance to their favourite songs, an event which sometimes ended in the wee hours of the morning.

Chastanet wants the market to be on the lines of successful markets of the world, mentioning London’s Borough Market as a case in point.

He said that plans for the refurbishment are soon to be completed and that he has identified two sources of funds for the project which idealistically he would like to be completed before Christmas. He also said that the Castries City Council and the Mayor are intimately involved in the project.

“We certainly want to make this a location where everybody comes,” Chastanet said, adding that once government had completed the project the idea would be taken right across the island.

Mayor Francis welcomed the impending refurbishment of the market claiming that what is happening in the market must be re-engineered.

“We are going to modernize the vending situation in Castries. We want more St. Lucian products to be sold at the market. People will be licensed to sell products,” Francis said.

Adventure of the Seas returns to Port Castries