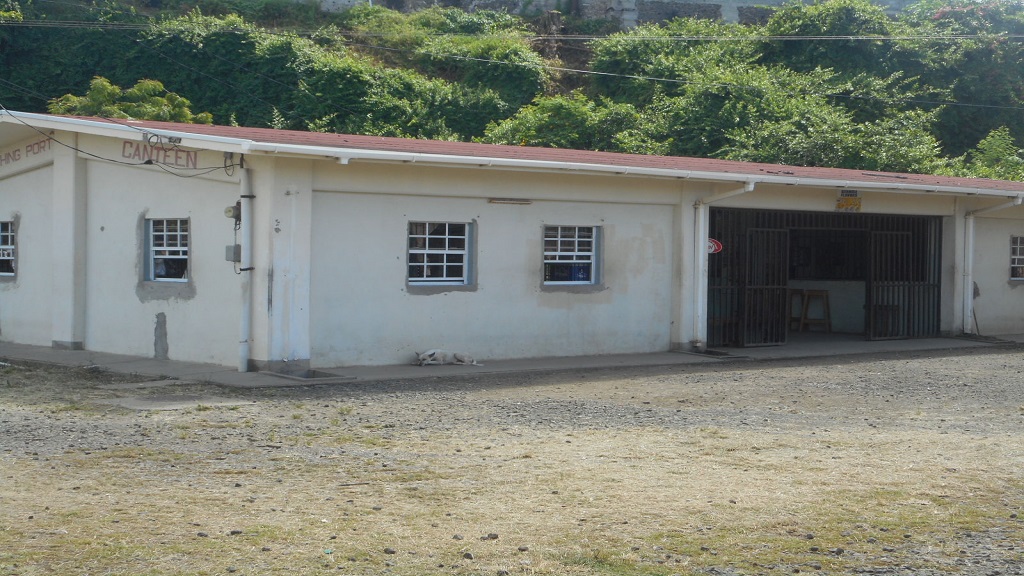 The building in which the canteen is located

Two masked gunmen robbed a canteen in Vieux Fort of money and items in the wee hours of Sunday, September 8, 2019.

The incident occurred about 5.00 am on the compound of the Vieux Fort fisheries in the presence of several persons.

According to reports, the bandits fired a few shots at the ceiling of the canteen upon demanding money from its owner, which triggered panic among persons present, who scampered for safety.

There are three other canteens located in the building.

The owner of the canteen declined to comment on the incident.

As of this morning, no one has been arrested in connection with the incident.

According to information emanating from the Vieux Fort police, who disclosed that the amount stolen from the business is between $300 -$500, there are issues relating to the identification of the bandits. They say since the men were masked the owner was unable to identify them.

Fishermen at the fisheries say they are convinced that the bandits are from the community.

Over the past year, bandits have been having a field day in Vieux Fort robbing businesses there at will.