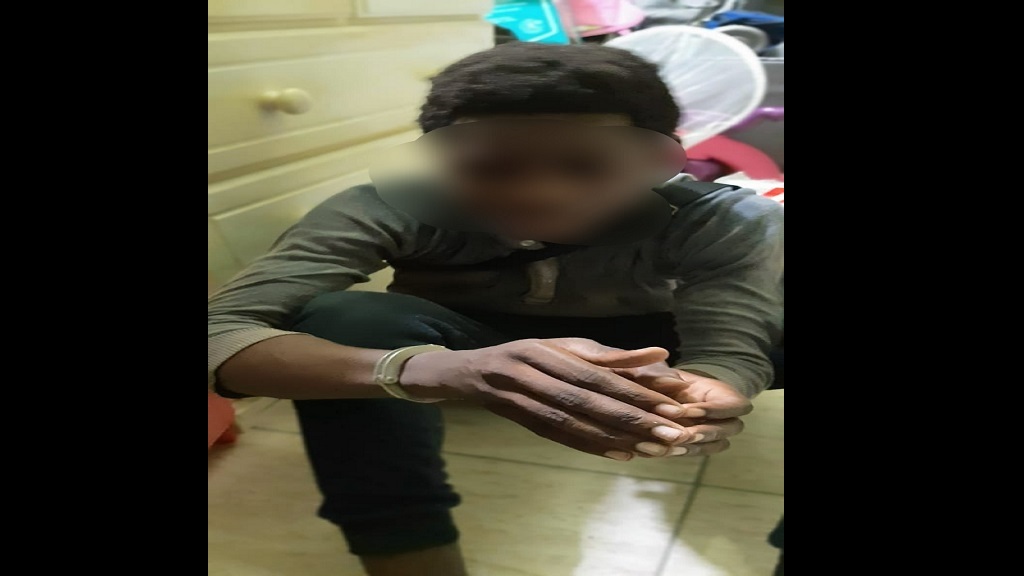 The Saint Lucia National Youth Council condemns all level of crime, regardless of the age of the perpetrators.

The latest condemnation follows the recent circulation of a video making rounds on social media involving a handcuffed 15-year-old male who is being heavily interrogated by a homeowner after the teenager allegedly entered the residence without permission.

The video shows the young boy seated on the floor in the home, while the homeowner questions how he got into the house and why he had a cutlass and torchlight as well as personal belongings of the homeowner.

“What is it you are doing in the house at this point in time,” the homeowner queried.

The young man went on to explain to the homeowner that he was being chased and was forced to seek refuge in the house.

“Young man what is your name?" the homeowner asked as the young man responded in a timid voice.

He continued by asking the 15-year-old his address and parents name.

According to reliable sources, approximately 3.30 am Wednesday, a young man was caught in a home at York Hill, La Clery wearing a mask and carrying a cutlass.

It is believed that the interrogator is an ex-police officer.

“The surge in criminal elements commands the attention of all facets of society to become more involved in crime reduction,” Layne added.

A similar incident where a juvenile was held by a homeowner recently occurred and also was spread on social media.

Just recently, Castries Mayor Peterson Francis made an appeal to the public to enact citizen’s arrests.

Before such arrests can made, NYC President Nyus Alfred believes education on a societal basis must be conducted before citizens are engaged in such.

“There has to be some sort of education drive to teach people, to teach the citizenry about their rights and their rights as citizens to conduct basic things like citizen’s arrests. So if you saying they need to conduct citizen’s arrests, some people might look at it as a free call just to arrest people and to do things the way that they not supposed to. I think in a case like that education is important,” the NYC President stated.

In the Criminal Code of Saint Lucia, Chapter 3.01 of 2014, section 30 subsection one, any national can make a citizen’s arrest if they witness a crime.

The Royal Saint Lucia Police Force was unavailable for comment on the matter but is aware of the incident and is investigating it.