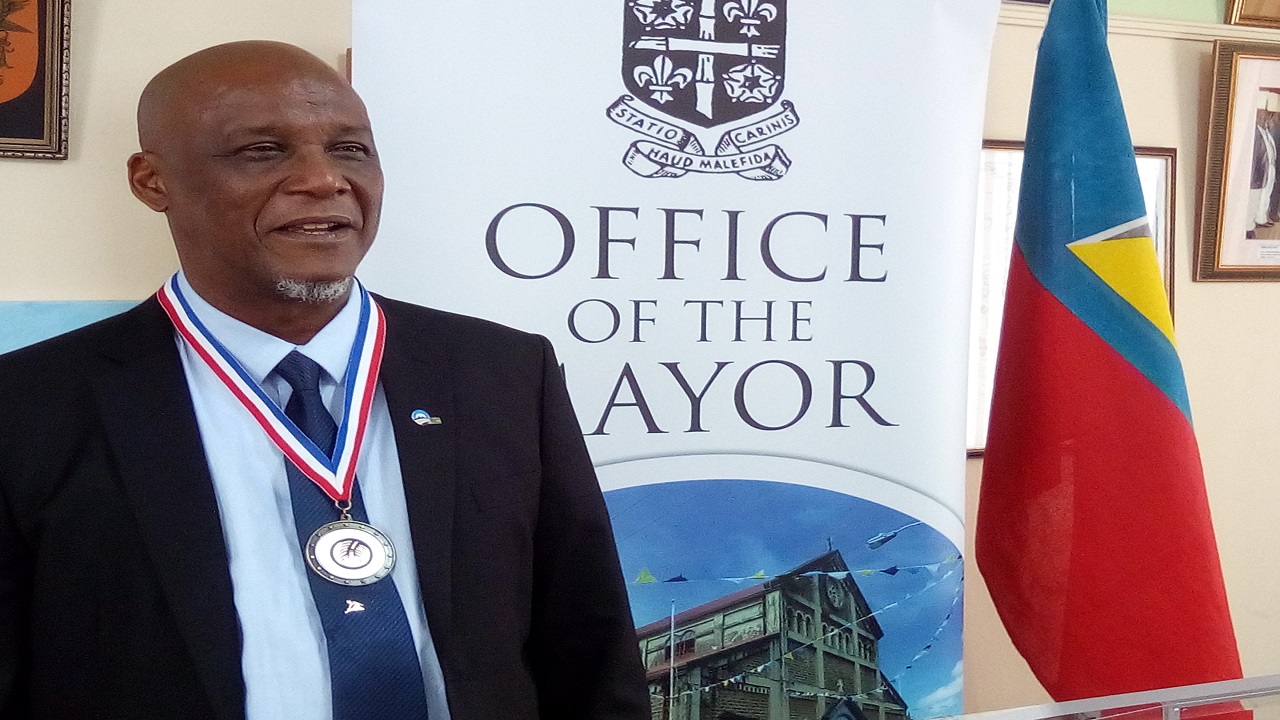 A major element of Castries Mayor Peterson Francis' 2018 project will be Operation Clean Up (OCU).

The operation is set to come on stream by the end of next month. Francis said the initiative will clear the city’s sidewalks of trays, wooden and wrought iron stalls that are left behind by vendors when they go to their homes at the end of the day.

He also said that the operation will remove vendors from certain sidewalks in the city so that St Lucians will be able to take their morning or afternoon jogs in the city on sidewalks cleared of all hindrances, something impossible right now.

He said that vendors have already been sensitized about the clean-up operation.

Some sidewalk vending will be maintained but instead of wooden trays and stalls vendors will be given tents in which they would have to display their wares. The tents are not to be left on the sidewalks at the end of each business day. Vendors will have to carry the tents home with them.

These are not the only plans Francis has for the City of Castries as this year unfurls. “This year will be no different in my approach,” he said, noting that while last year brought about many successes and enormous challenges, this year his focus will be on the safety of citizens and visitors to Castries through a crime and security plan and the development, sanitation and beautification of Castries.

With regard to the safety and security of citizens and visitors for this year, the mayor swore in 14 new city police officers last month.

“This second consignment of city officers will serve and protect both citizens and visitors to the City of Castries. Those new recruits are an addition to the 13 seasoned constabulary officers and the 23 recruited in December 2016. Another group of 36 recruits will be appointed by the first quarter of 2018 to beef up the new batch to 50,” Francis said, adding that the Castries Constituency Council is working hard to get them mobile to carry out regular patrols.

Regarding the sanitation and beautification of the city Francis said this will be a top priority for the Council this year.

“There is the urgent need for a change of culture and the manner in which we dispose our garbage, especially in the city. We will work on a structured plan for proper waste disposal. Along with this, a green space and beautification program will be launched to beautify our city,” He said.

Mayor Francis said that the plans and artistic impressions were already done for the redevelopment of the Castries Market.

“We will make the plans public and construction will begin very soon on the project. Our City Tours Program will be launched in a few days. We are steadily working on a sidewalk redevelopment program for the city sidewalks,” Francis said.

“This year we will launch a vendor’s registration program which will benefit all vendors vending on the sidewalks.  That program will incorporate uniformed tents for all vendors, and will map-out the vending and no vending zones.

“Parking terminals and vehicle clamping will be introduced. And as a matter of fact, those parking terminals are already on island. We are looking at implementation by the first quarter this year,” He said.

Francis spoke of continuing the Council’s school tours program within the four constituencies his office has dominion over which will not only assist schools with remedial works, but to also sensitize and educate about the Office of the Mayor.

“Our focus and drive towards a new and cleaner Castries will be realized together with our Government and close working relationship with the Ministry of Local Government,” he said.