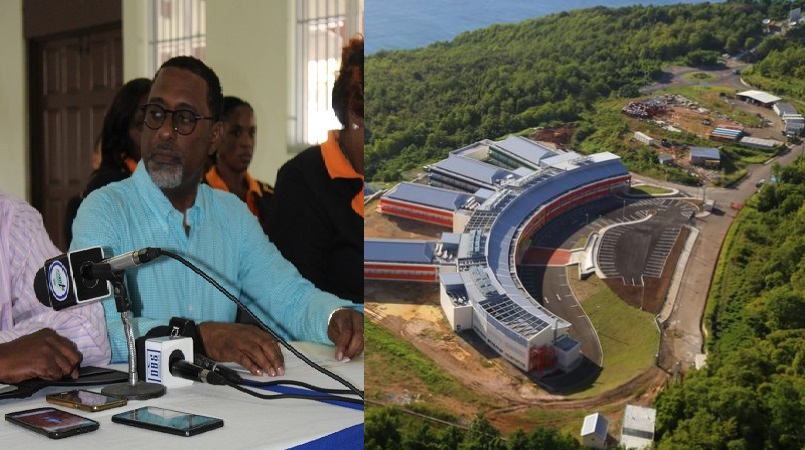 The St. Lucia Medical and Dental Association is demanding of the Government of St. Lucia a seat at the table for dialogue and participation in the privatization process of the country’s premier health facility, the Owen King European Union Hospital.

The Association’s President, Dr Alphonsus St. Rose, at a news conference this morning, said that the Association heard of privatization plans for the hospital through local media and that this was unacceptable and not the way things should be done by the government.

“As an association and a trade union of professional healthcare providers, we have been, in spite of many attempts, unsuccessful in obtaining key information from the government on this very important healthcare issue of national concern. The lack of consultation, transparency and accountability regarding such a major decision is to all stakeholders troubling and unacceptable,” St. Rose said

“Our history as frontline advocates for improving the delivery of quality, accessible and affordable healthcare on behalf of our members, co-workers and the public whom we serve demands meaningful dialogue,” he added.

The Association is not the only trade union that has called or is calling on the government for information regarding talk that government planned to privatize the hospital, a spanking new hospital financed by the European Union, which is yet to be fully opened.

Rumours that the hospital will be privatized have been swirling for some time now. Prime Minister Allen Chastanet has yet to dismiss these allegations. In fact, he seems to be embracing this construct for the hospital by comments made in the media, a point not pleasing to the St. Rose and his executive.

According to St. Rose, a consultant physician, his statement  should serve to open up “an important and necessary dialogue on the status of healthcare in St. Lucia, but more specifically on the privatization of the Owen King European Union Hospital and what it means for all St. Lucians.”

“If the government, after health consultation and participation concludes that privatization is the preferred option for health care dispensation to St. Lucians, it must inform us honestly and address the concerns arising out of that construct. It must be made clear to us the context in which privatization of the Owen King European Union will exist and operate,” St. Rose said.

Some of the questions he wants answers to are:

What will privatization of the hospital mean to our collective membership, who has over many years invested time in the national healthcare system?

How will citizens access the privatized care and at what cost? Who will pay for that care? Will be government or private insurance?

Who has oversight and governance responsibilities to secure and ensure transparency, accountability, equity, quality and fairness of operations and services provided to the people?

Have all reasonable options have been explored in a broad consultative and transparent manner?

St. Rose believes that the most immediate problems facing healthcare institutions and healthcare professionals in the country in delivering an acceptable service to citizens are a lack of finances needed to provide for an optimal level of service as well as appropriate, transparent and accountable governance for the public good.

SLP: Will OKEU be privatized by UWP Government?

Injured Henderson to miss rest of season for Liverpool

Injured Henderson to miss rest of season for Liverpool