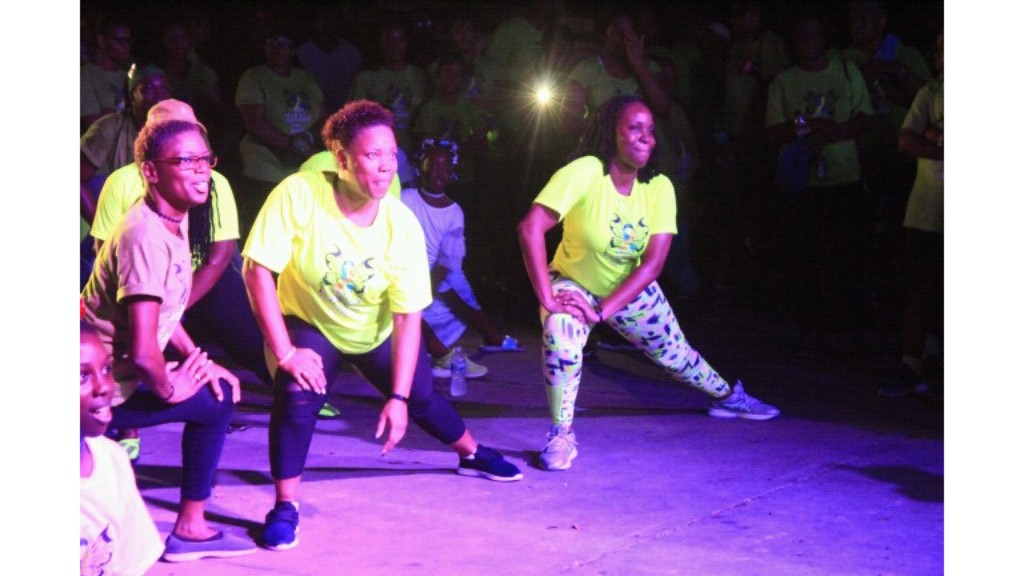 These nurses were fit to form at the Black Rock Psychiatric Hospital's Mental Health Walk.

The walk which started at 4:00 began and ended at Spring Garden's Brandon's Beach.

Director of the island's main hospital for mental health care, David Leacock told Loop that the event was picking up good attention. He however noted that mental health was still a taboo topic.

Mr Leacock said this year they wrote to schools to urge younger people to get involved and they were reaping the results of facing issues unspoken by being open about them with the juveniles.

Those who attended decked in sharp lemon green teeshirts stomped the stigma away with the evening's performers including Marzville, Trinity HypaSongs and Nikita Browne.

One assistant nurse, Jill Goodridge, said that it was her first time walking seven kilometres and said that she felt very encouraged by the turnout and how people cheered her on.

"I wasn't first but they made me feel trophied," she added.

Her daughter a 13-year-old student of the Springer Memorial School, Jamie Goodridge, said that she too enjoyed the sweat.

Employees urged to do better on mental health issues

Mental health is no joke, polyclinic takes a stand for men