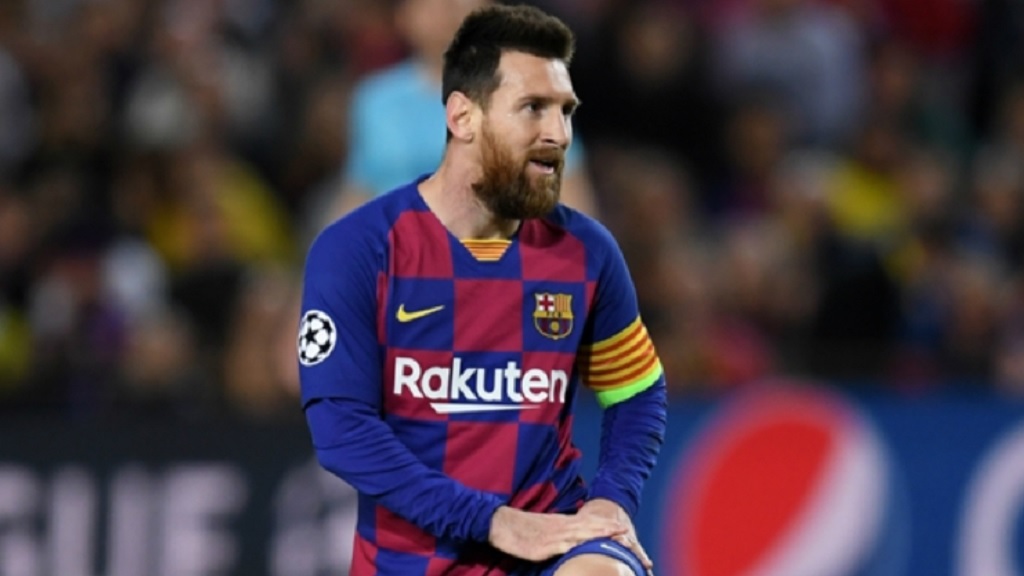 Lionel Messi's Barcelona future is not under threat due to behind-the-scenes ructions at Camp Nou, says head coach Quique Setien.

LaLiga's state of lockdown due to the COVID-19 pandemic has not prevented Barca's internal crisis from deepening over the past week.

In remarks he went on to reiterate in a public statement on Tuesday, Rousaud accused unnamed figures at Barca of having their "hand in the till" – allegations of corruption the club strongly rebuffed.

Prospective presidential candidate Victor Font launched his own scathing attack on the Bartomeu regime, claiming Barcelona were at risk of "economic bankruptcy" and that "moral decay" had set in at the club.

Messi himself has come into conflict with Barca hierarchy over recent months, publicly attacking sporting director Eric Abidal for criticising the squad in the aftermath of Setien's predecessor Ernesto Valverde being sacked.

The six-time Ballon d'Or winner was also displeased at the lack of protection from the board for his team-mates as wage reductions were negotiated in response to the coronavirus crisis.

Links to Manchester City and Inter have been reprised as a result, although Setien is confident his star man and captain will remain.

"These are normal things at big clubs," he told TV3. "Perhaps the sad thing is that these crises are transmitted to the media.

"It would be better to work in a quieter environment but things are like that.

"I don't think what happened has made a player like Messi rethink whether or not to [stay with] the club. I am sure he will finish his career at Camp Nou."

With the remainder of the 2019-20 season up in the air, Setien insists he is not keen on the prospect of Barca being awarded the title on account of two-point lead over bitter rivals Real Madrid with nine games remaining.

"I would like to be the champion by playing LaLiga, winning it on the pitch," he said.

"I don't know what will happen if we can't finish it but I would not feel completely champion because of being in front of Real Madrid now. We were already there when I arrived."

Rumour Has It: Barcelona to offer Griezmann to PSG in Neymar deal