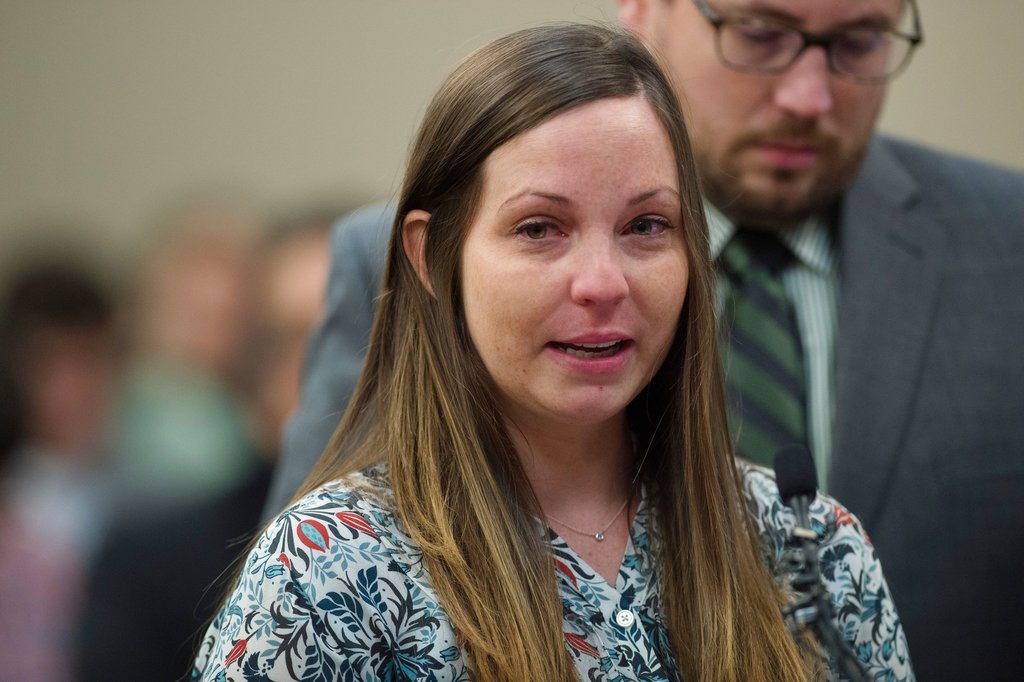 A police department in the Lansing, Michigan, area missed an opportunity to pursue criminal charges in 2004 against Larry Nassar and will publicly apologize to the victim who accused the doctor of molesting her during treatment for an abnormal spine, an official said Wednesday.

Nassar, who was a sports doctor at Michigan State University and USA Gymnastics, convinced police that he had performed a legitimate procedure with his hands and even provided a PowerPoint presentation to explain. The case was dropped, effectively allowing him to continue to molest girls and young women, including Olympians, for years until his arrest in 2016. A total of 265 women and girls have said they were assaulted.

"We missed it. We're not going to hide it. We were deceived," Walsh said.

The township released the 2004 police report on Randall-Gay's allegations against Nassar. Walsh said the township was told to withhold it from the public until Nassar was sentenced last week to 40 to 175 years in prison for sexually assaulting young women and girls in Ingham County. Another sentencing is underway this week in a similar case in Eaton County.

In 2004, Randall-Gay was 17 when she and her mother visited Nassar to discuss treatment for scoliosis, a curvature of the spine. He sent her to physical therapy but saw her again, this time alone.

Randall-Gay had a back problem. But she told police that Nassar had removed her underwear, forcibly cupped her genitals with his hand and rubbed her breasts — all without gloves.

"She thought it was 'weird' and it 'freaked her out,'" the police report says.

Nassar told police he applied pressure to the "perineum," using a formal word for an area between the legs, and said it was done to manipulate a ligament, according to the report.

Nassar provided a paper version of a PowerPoint presentation about the ligament procedure, titled "The Grand Junction." There's no indication that police shared his technical explanation with an outside expert. The case was closed.

Walsh said questions about the investigation will be answered during a news conference Thursday with the police chief and Randall-Gay, who now lives in Washington state. Meridian Township paid for her to travel to Michigan to testify at Nassar's sentencing last week.

Back in 2004, Nassar "had the audacity to tell (police) I misunderstood the treatment because I was not comfortable with my body," Randall-Gay said.

It was not the only investigation over the years. A Michigan State University police investigation ended in 2014 with no charges filed. Another investigation by the university, required under federal anti-discrimination law, cleared Nassar of assault.

Sex-abuse victim to ex-gymnastics doctor: 'You are a repulsive liar'

Olympic gymnast abused by ex-doctor wants him to suffer