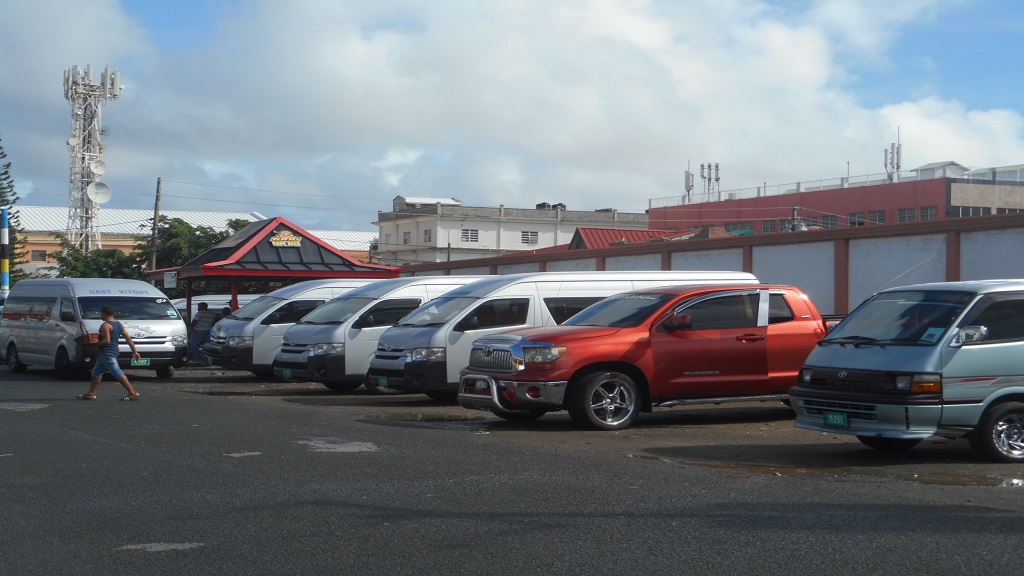 Commuters travelling from Vieux-Fort to Castries yesterday, October 16, 2019, were stranded in Vieux-Fort for several hours.

This was due to minibus drivers plying the Castries/Vieux-Fort route (2H) staging a protest action as a result of an altercation between one of their colleagues and a male police officer.

The incident has resulted in the minibus driver in question being slapped with several charges, including resisting arrest and assault.

Reports are that the altercation arose when the minibus driver asked the police officer, who was in plain clothes, to reverse his vehicle in order to give another minibus driver who was at the time driving across the road, enough space to drive to queue.

According to the minibus drivers who witnessed the incident, the plainclothes police officer never identified himself.

The confrontation, which started with insults being traded, soon got physical, resulting in the minibus driver being arrested and charged after spending almost eight hours at the Vieux-Fort Police Station.

Immediately after his arrest, a group of minibus drivers who witnessed the entire incident barged into the police station demanding his immediate release. When their request was not met, they took protest action.

The protest action discontinued after the driver in custody asked his colleagues to return to work.

The incident has left minibus drivers plying the 2H route still fuming, some of who told Loop News that they were prepared to continue their protest action until all the charges laid against their colleagues are dropped.

“We should have never go back to work. The police officer is wrong and strong,” a minibus driver said.

The National Council on Public Transportation (NCOPT) has intervened into the matter which is heading to the courts.