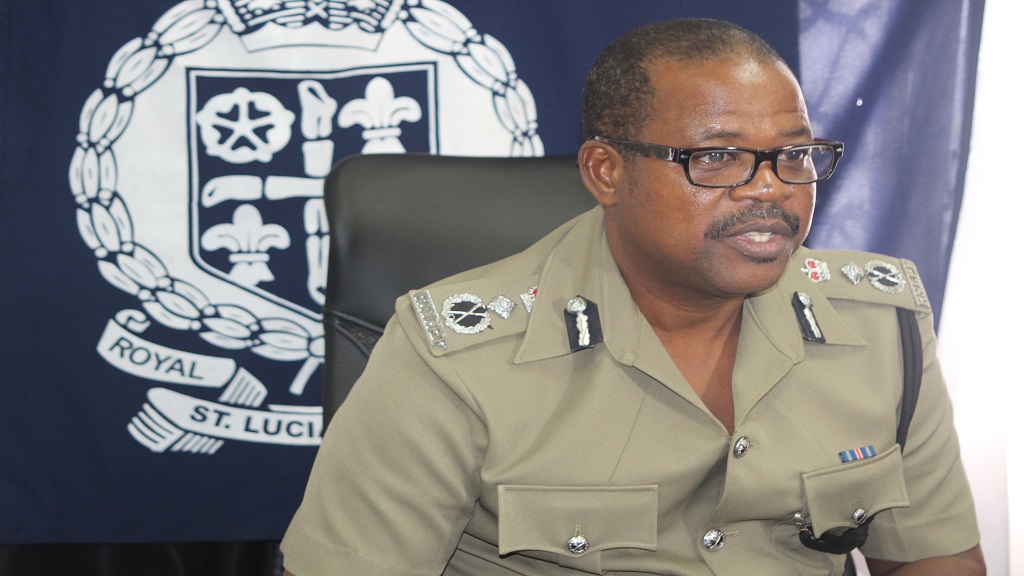 Commissioner of Police, Severin Monchery has given the business community of Vieux-Fort the assurance that he will do all within his powers to deal with the crime situation plaguing the community and has offered them some advice on how to protect their lives and properties.

Monchery, along with some of the other top brass the police force, were at the time addressing the business community at a meeting at the National Skills Development Centre (NSDC) in Vieux-Fort regarding their concerns.

Over the past few months, there has been an unprecedented increase in crime in Vieux-Fort, especially robberies, which is of grave concern to residents of Vieux-Fort and surrounding communities.

In his opening remarks, Monchery stated a few of his concerns, which he said will not assist the police in their fight against crime.

He said information regarding criminal activities, including video footage, sometimes finds itself in the media before the police receive such report.

“How much will that assist you when you put that it in the media?” he asked.

He added: “If you want to fight with the police, fight with us…but not through the media. It will not help anyone.”

Referring to a robbery which occurred in Piaye, Laborie last week, which was reported in the media, he said they were making headway into the matter, but now they don’t know where the suspected robber is.

Some of the concerns broached by the business community of Vieux-Fort were a lack of police presence, the lack of respect some officers demonstrate to the public, the tardiness in dealing with matters before the courts by the judicial system and a lack of confidentiality on the part of police officers as it relates to information given to them by the public. 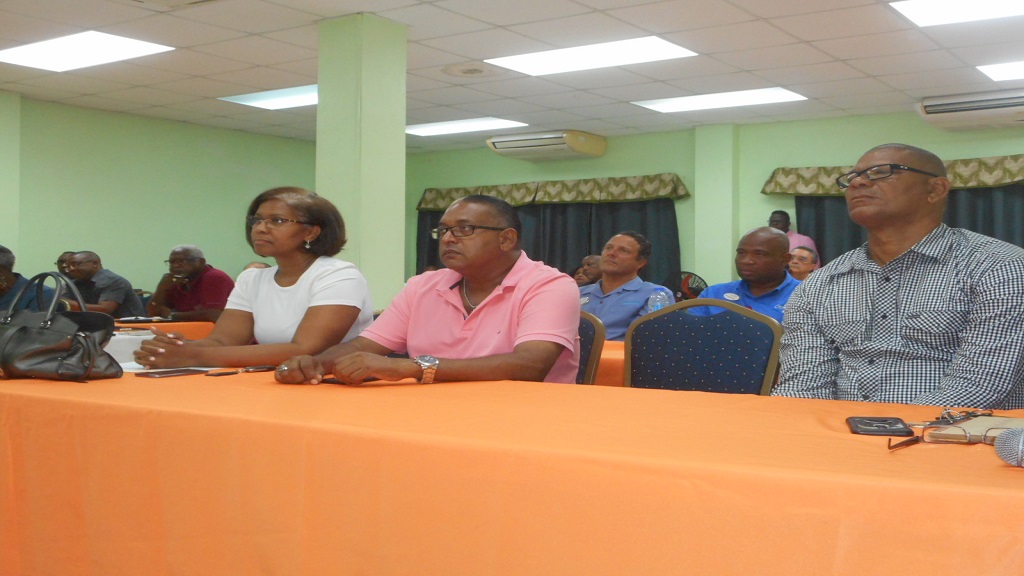 Attendees at the meeting

According to members of the business community, some of the criminals are well known by residents of Vieux-Fort and officers attached to the Vieux-Fort Police Station.

They also expressed concern about the connection among criminals in neighbouring islands such as Martinique and Saint Vincent, where a number of stolen items here are being sold in those islands, and in some cases traded for drugs and illegal weapons.

In responding to some of their concerns, Monchery said the manpower at the Vieux-Fort Police Station will soon be increased.

He called on the business community to do background checks on persons they hire and monitor their surroundings.

“Some of those robberies may be an inside job,” he said.

“Rotate the hours you make deposits…change the hours you do things. You need to observe who are around you when you’re closing your businesses,” he added.

He said some of the guns used to commit crimes here may be coming through our ports.

According to Monchery, criminals use the technology and what they have learnt in other countries to commit crimes, describing some of the recent robberies as “strange robberies.” He said some of those robbers make their demands for cash at business places without uttering a word but by simply passing a note to the person with the cash.

And to show how serious he is about fighting crime, he said if any member of his family breaks the law, they too will feel the full brunt of the law.

He said during the few years he has been the commissioner of police, he has dismissed four officers and fined over 100 at orderly room.

Monchery called on the business community to demand respect from the police, adding that they are not granting them a favor.