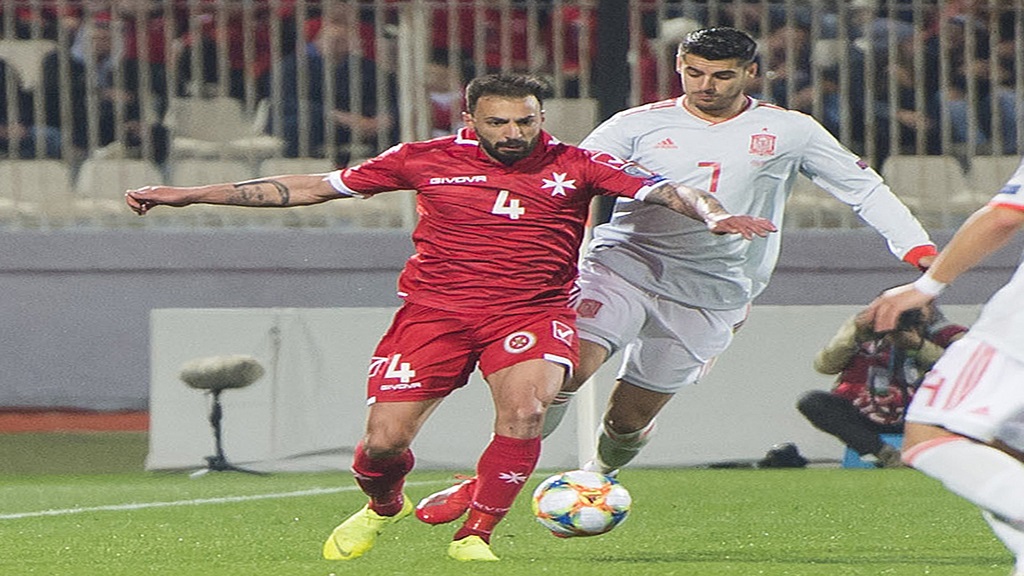 Alvaro Morata scored a goal in each half to lead Spain to a comfortable 2-0 win over Malta on Tuesday, their second consecutive victory in qualifying for the 2020 European Championship.

Morata opened the scoring with a left-footed shot from inside the area in the 31st minute and added to the lead with a header in the 73rd to leave Spain at the top of Group F with six points from two matches.

La Roja has two points more than Sweden, which drew 3-3 at Norway. Malta, which opened with a 2-1 win over the Faeroe Islands, stayed on three points. Spain beat Norway 2-1 at home to open their qualifying campaign.

Spain controlled Tuesday's match from the start, keeping Malta from getting near their goal. The Spaniards finished with 80 percent of ball possession at the National Stadium.

Morata scored his first international goal since 2017 after a long pass by central defender Mario Hermoso, who was among the many changes coach Luis Enrique made to Spain's lineup.

Luis Enrique was not with the squad because of personal problems, and assistant coach Robert Moreno was in charge during the game.

Spain will next play at the Faeroe Islands on June 7, while Malta visit Sweden.