The 7 most impactful ‘shakes’ that shook the world 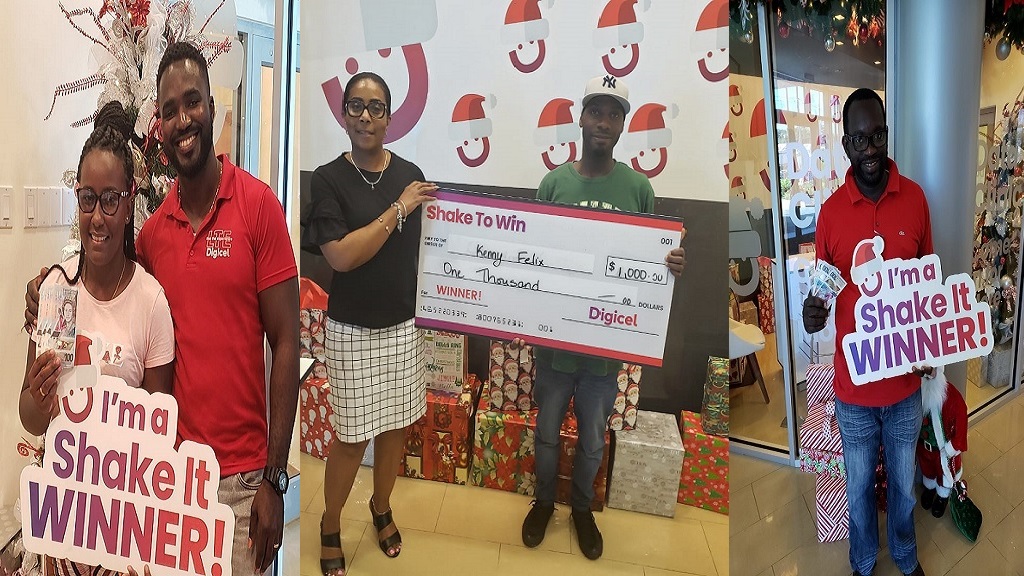 Digicel’s “Shake to Win” campaign has shaken up the region, with over EC$50,000 to be won.

The competition has gone as far as to shake up the way people are answering their phones, with the hot new phrase “Shake to Win with Digicel” replacing the standard “hello” for those savvy Digicel customers prepared to claim a prize.

“Shake to Win” has connected in a big way, joining a list of the most iconic “shakes” of all time.

Here are some of the other iconic “shakes” that shook the world. While these made a major mark, none of the following offered the chance to win so many prizes.

Depending on your age, the Harlem shake may bring to mind different things. The most impactful is probably 2013’s meme which saw thousands of people posting videos dancing to Baauer’s song of the same name. For those with fond memories of early 2000’s hip-hop, the Harlem shake might be most associated with videos like Fabolous’ Holla Back Young’n and G-Dep and P. Diddy's Let's Get It and Special Delivery, featuring the original Harlem shake dance that was created in the 1980s.

Outkast, but really Andre 3000's, Hey Ya is a massive hit that has endured over the years.  Billboard named it the 20th most successful song of the 2000s in the United States. A staple at weddings, Hey Ya's famous "shake it like a Polaroid picture" breakdown is one of the more impactful shakes we've seen in pop culture. The song was so big that around the time of initial release, Polaroid had to advise customers that shaking their instant photos from their cameras was no longer necessary and in fact could ruin the image.

First introduced in 1965 by General Foods, Shake 'n bake is now manufactured by Kraft Foods for use with chicken or pork as an alternative to frying. The product offers a seasoned bread crumb-style coating which is applied to raw meat by placing it in a bag with the coating and shaking it until it's fully covered.

Shake 'n bake's impact has been significant, with a high level of brand awareness achieved all over the world. It also has remained in the public consciousness with memorable marketing campaigns and by scoring references in both Family Guy and The Simpsons.

Jump in the Line by Harry Belafonte

Harry Belafonte's 1961 Calypso classic is one of the legend's most notable songs alongside tracks like Banana Boat (Day-O), Jamaica Farewell and Mary's Boy Child. Movie buffs might remember the song as a part of the finale of Tim Burton's 1988 horror-comedy Beetlejuice as seen above.

A delicious milkshake may be the only entry on this list that might be able to compete with being a Shake to Win winner. Did you know that when the word milkshake was first used in print back in 1885, it referred to a whisky and eggnog concoction? Ice cream came into the milkshake picture by the early 1900s but it took until the invention of the blender in 1922 for milkshakes to become what we recognize today. It would be another 81 years until Kelis' milkshake brought all the boys to the yard.

In recent times, the sweet stuff has been used as a form of protest as can be seen in the above video.

While a steady consumption of milkshakes would likely lead to poor health outcomes, protein shakes are perhaps the most tried and true supplement used by those looking to build muscle. According to Grand View Research, Inc., the global protein supplements market size is expected to reach USD 21.5 billion by 2025. They say that plant-based protein is expected to be the fastest-growing source segment in the market with the pea expected to be the fastest-growing raw material over the forecast period.

Taylor Swift is one of the most successful entertainers in the world. She topped 2019's Forbes list of highest-paid musicians with $185 million earned this year, beating out second-place Kanye West's $150 million take - and without a top-selling sneaker. Despite her status as a major player in music, 2014's Shake it off was actually only Swift's second number 1 on the Billboard Hot 100 chart, following We Are Never Ever Getting Back Together. It went on to become the biggest single of her career, charting for 50 weeks and earning Platinum certification for over 9 million in sales, just shy of the elusive Diamond certification for 10 million sales.