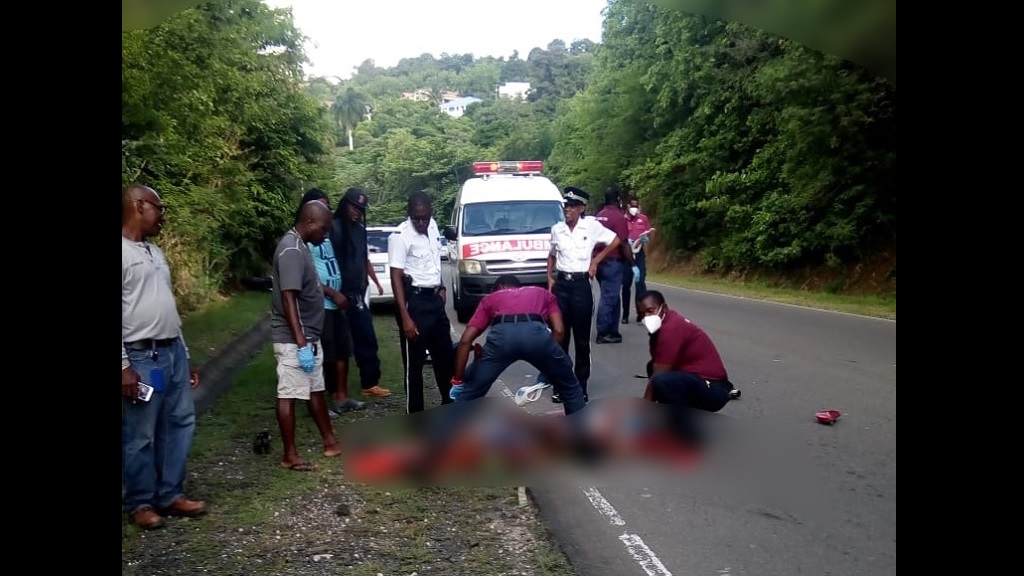 Original story: A motorcyclist sustained life-threatening injuries earlier today after colliding with an SUV along the Millennium Highway.

According to Communications Officer at the Saint Lucia Fire Service, Stacy Joseph: "At approximately 4:20pm, the Castries Fire Station responded to a call on the Millennium Highway.

Related article :Fatal road accidents at 15 for 2020 after motorcycle crash

The information received stated that a male individual was lying on the road appearing to be unconscious.

The responding emergency personnel found one male individual lying face down on the road.

A rapid assessment was done, which revealed that the patient was pulseless and breathless.

Immediately, he was immobilized with a cervical collar and place on a backboard. He was transferred to the ambulance where CPR was initiated and continued en route to the OKEU Hospital.

The patient’s condition remained unchanged en route to the hospital. There, he was left in the care of medical personnel."

One eyewitness says the victim appeared to have lost control of the motorcycle before he slammed into the SUV.

"The fella head split, blood spilling from his head and it also appeared that he had a distorted torso and his leg do one kind of thing there, that was just horrific," the eyewitness said.

No further details at this time.