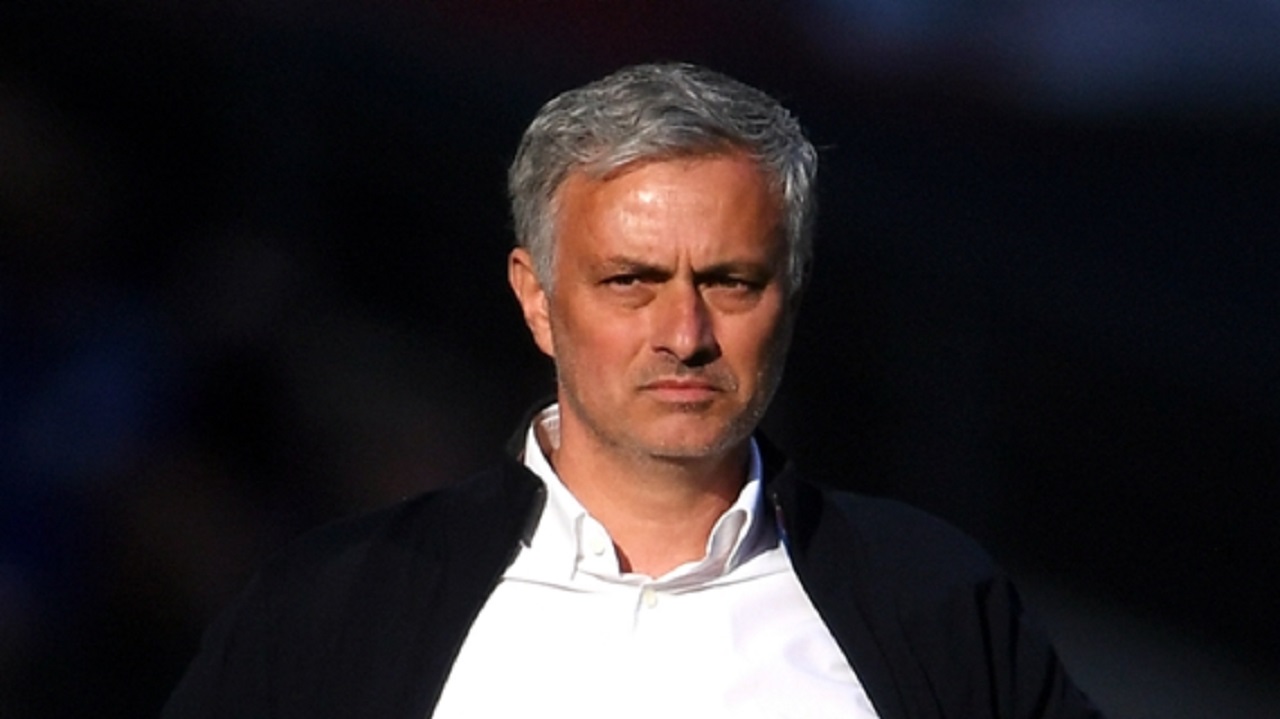 Jose Mourinho felt "long-ball" tactics were the reason Chelsea edged a tight FA Cup final against his Manchester United side.

Short of star striker Romelu Lukaku - fit only for the bench due to an ankle injury - United were blunt and fell to Eden Hazard's first-half penalty at Wembley on Saturday.

Defeat means Mourinho's second season at Old Trafford ends without a trophy, but he felt the approach from Antonio Conte was overly negative.

The Italian fielded Hazard in a floating attacking role behind lone striker Olivier Giroud in a 3-5-1-1 formation, as well as a packed midfield starring tireless midfield dynamo N'Golo Kante.

"I think our team did a fantastic defensive job, without [only] defending," Mourinho told a news conference.

"We controlled the positions and transitions really well, they only played long balls to Giroud to flick, Hazard to win the second balls, and when you play against a predictable team it's easy to adapt to it.

"I didn't think we'd concede in this match but of course Hazard is a very good player and created a penalty."

A string of second-half saves from Hazard's fellow Belgium international Thibaut Courtois ensured United scored just once in their last four games of the campaign.

But Mourinho, whose battles with a faulty microphone interrupted his brief appearance in front of the media, suggested he will pay little attention to his critics.

"I don't have a big desire to speak, it's better to say congratulations to the winners and that's it," a spiky Mourinho said.

"I'm quite curious, especially because I'm going on holiday and have more time for that, I'm quite curious over the next few days to read, watch and listen to your [journalists'] opinions.

"My opinion of my team's performance was every defeat hurts, but for me personally it hurts less when you give everything and go without any regrets. So I prefer to lose like today than to lose like we did, for example at Newcastle, to give an example of the season.

Hazard waiting for Chelsea signings before deciding on contract