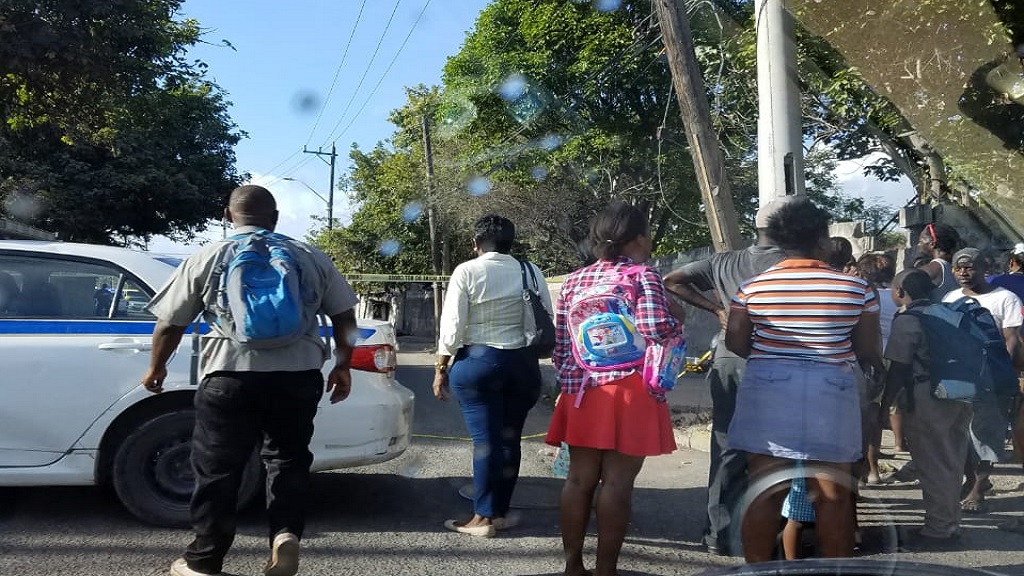 People gather at a murder-suicide scene in the Waltham Park area on Wednesday morning.

A man reportedly killed his female partner and then turned the gun on himself along Woodpecker Avenue off Waltham Park Road in St Andrew, Jamaica on Wednesday morning.

"We can confirm that there was a murder-suicide on Woodpecker Avenue this morning, the police are now processing the scene, there are no details as of yet," a representative of the Corporate Communication Unit told Loop News reporter Claude Mills.

Both deceased are said to be correctional officers.

According to alleged eyewitnesses, the man shot the woman dead in front of their 12-year-old daughter before fatally shooting himself.

The incident, which reportedly occurred about 7:00 am, caused a disruption to early morning rush hour traffic, which had to be diverted from Waltham Park Road onto alternative routes.

There has been a marked spike in the number of suicides this year as, according to statistics from the CCU, there have been 24 cases of reported Incidents of suicide for the period January 01, 2019 - April  10, 2019. This represents a 40 per cent increase over the corresponding period in 2018 where there were 14 such reported incidents.

Loop News will have more as the story progresses.