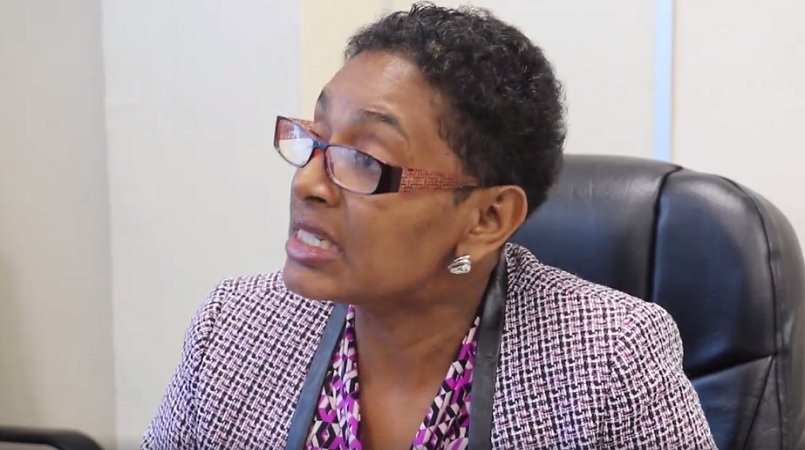 In the briefing she called upon Philip J Pierre to reflect on his behaviour, which she categorized as unbecoming of his office as Leader of the Opposition.

Charles said that when the UWP was in opposition, especially with Allen Chastanet as political leader, they ensured that their statements were factual and represented the interests of Saint Lucians and that they tried to avoid ‘muddy, gutter politics’ that focused on personalities over issues.

Charles said that the SLP in opposition has not been up to the standard of that position.

Charles was asked if she felt it was an act of desperation or grasping at straws manifesting itself. She responded saying, “In my opinion there is very little for the opposition to criticize. The government has been doing very well. Of course there are certain issues that people are still concerned about but as an administration, the government has tried its best to ensure that we keep to the mandate that we gave to the people of Saint Lucia.”

“If you listen to some of the public meetings, it’s devoid of any facts or any material. If there is an issue for the opposition to speak about, all fair and good… but if you really have nothing to speak about… and it’s going to be down to just about personalities and throwing words and remarks at people and speaking about personal issues, then it serves us no purpose.”

In a press release in January, the SLP stated, "The opposition St Lucia Labour Party (SLP) has vowed to come out with guns blazing this year promising to hold the government accountable on a number of issues including but not limited to the St. Jude Hospital fiasco, DSH and crime."

The SLP has also criticized the government as it relates to the CIP, the choice of Neville Cenac as Governor General, issues regarding the OKEU hospital and the CDP.

Yesterday the SLP stated in a release, "It is this (the UWP's) pattern of lies and fabrication that have put Saint Lucia in the situation of high gas taxes, horrible health care, crime and a feeling of hopelessness in the country.

The UWP must tell Saint Lucians why it has put the country in over $3.8 Billion worth of debt in less than 2 years and continues to be reckless and uncaring with rampant victimization and vindictiveness as it creates an environment for friends, family and foreigners to flourish."

SLP to Pressure Government in 2018