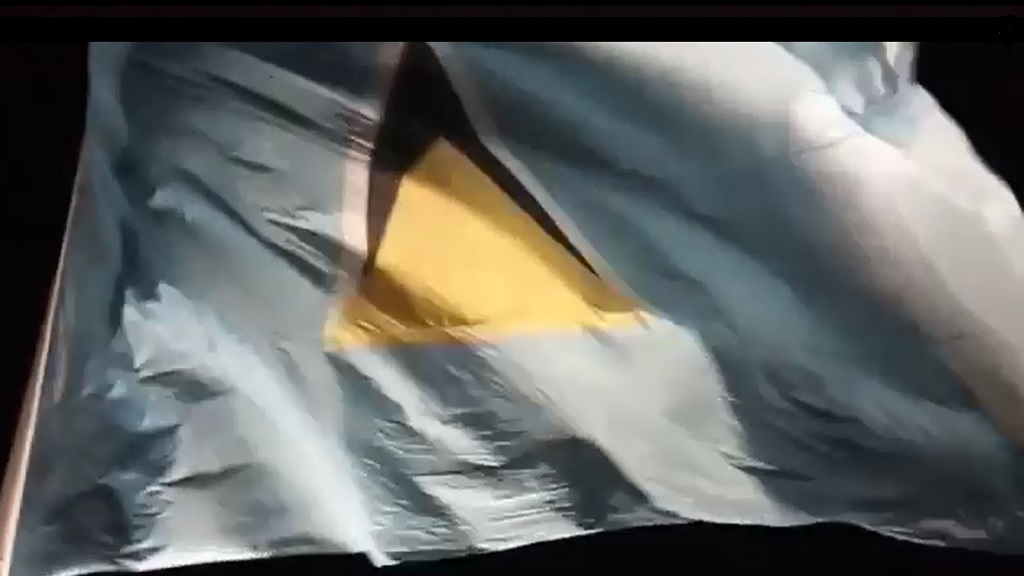 An idea to legislate the colours of the national flag, especially the correct shade of blue, seems on its way to becoming a reality.

The Ministry of External Affairs, it was said at a press conference Monday, is working at putting a document together for perusal by the Cabinet of Ministers proposing just that.

This comes on the heels of a spirited debate over the past few days over the different shades of blue the flag currently depicts and over the country’s inability to depict a flag with the correct shade of blue.

This was glaringly so when on the stroke of midnight Thursday, before the clock moved to usher in February 22, the day Saint Lucia gained its independence from Britain, the national flag was hoisted at Heroes Park near the Castries Waterfront, with the wrong shade of blue.

Minister for Culture and Creative Industries, Senator Fortuna Belrose admitted that not even government had been able to capture the correct blue on the various flags it has had in its care, however, she was adamant that someday this will be rectified.

The Minister, who was upbeat about the celebrations leading up to the country’s observance of its 40th Anniversary of Independence defended her government’s spending on the various events leading up to Independence Day last Friday and of events scheduled throughout the year, which are all part of a year-long programme for the country’s observance of its 40th year as an independent state

She admonished Saint Lucians not to view the celebrations in terms of dollars and cents instead view them for the value they brought to the country and how they connected Saint Lucians locally and in the diaspora which she said is more than money can measure.

According to the minister EC$ 3 million was set aside for independence celebrations for the entire year, of which hundreds of thousands were spent on the 18-minute fireworks display after the flag was hoisted.

She gave a big “thank you” to all those who participated in the various events leading up to last Friday stating that the celebrations were phenomenal.

“We are happy as a government of what we saw and we just want to tell Saint Lucians thank you in a very big way for the support they gave and to making this event a memorable one for all of us Saint Lucians,” Belrose said.

“We as a government,” she continued “want to commend the people of Saint Lucia for responding in such great levels of patriotism over the last few days to the events that were held all over the country. Hats off to our independence committee, our young people in social media for mobilizing our people to participate in the way they did,” Belrose concluded.