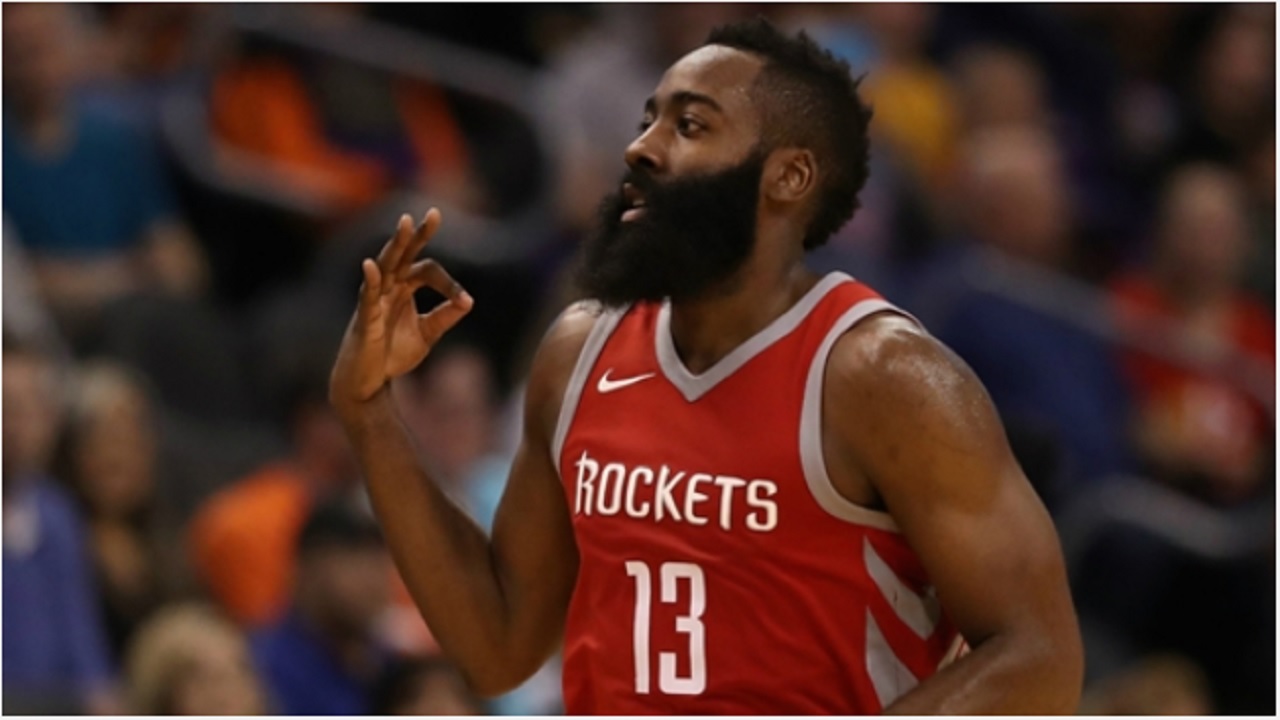 The Houston Rockets continued their winning streak in the NBA thanks to a victory over the Miami Heat on Wednesday.

The Rockets and Heat had each won four games over their last eight meetings, but James Harden made sure to swing the momentum back in Houston's favour.

Harden scored 41 points with six assists, four rebounds and three steals in the Rockets' 109-101 victory in Miami, their sixth straight win and 10th in 11 games.

Harden scored 13 of his 41 points in the final quarter as the Heat failed to cut the Rockets' (40-13) lead to less than four with five minutes left.

Goran Dragic and Josh Richardson each scored 30 points for the Heat, who maintained their number seven spot in the East at 29-26. Richardson had the unfortunate duty of having to guard Harden but gave credit where it was due after the game.

"James is one of the best guards in the world and I mean he knows how to get fouled, he knows how to score, he knows how to play-make for his team-mates," Richardson told reporters. "The game just seems to come very easy to him. It seems like he has the game slowed down a lot more than pretty much anybody. So just watching him play, I give him a lot of props. He's a tough guard."

LeBron James stopped the Cavaliers' bleeding for now with his ninth triple-double of the season and late-game heroics against the Timberwolves. James hit a game-tying three-pointer at the end of regulation and blocked Jimmy Butler's shot with just over a second left in overtime to set up an incredible fadeaway jumper at the buzzer to give the Cavs a 140-138 win. James finished with 37 points on 16-of-22 shooting with 15 assists and 10 rebounds.

The Suns scored just nine first-quarter points against the Spurs, finishing with 31 at half-time en route to a 129-81 blowout loss. Their 38-point half-time deficit was the largest half-time deficit by any NBA team this season. The 48-point loss matched the Suns' worst loss in franchise history and ties for the seventh-worst home loss in NBA regular season history.

Meanwhile, the Smoothie King Center roof was unable to keep the rain out in New Orleans, forcing the NBA to postpone the game between the Pacers and the Pelicans due to a wet court.

In his past five games, Andre Drummond is averaging 20.2 rebounds per game. He had 27 Wednesday in a 115-106 win against the Nets. Newcomer Blake Griffin added 25 points as the Pistons moved to 5-0 since acquiring the All-Star from Los Angeles.

Washington open as small favourites against the number one team in the East despite the absence of John Wall. In fact, the team have won five of six without Wall (knee) in the lineup. Look for Kyrie Irving to attack the Wizards' weakened backcourt.