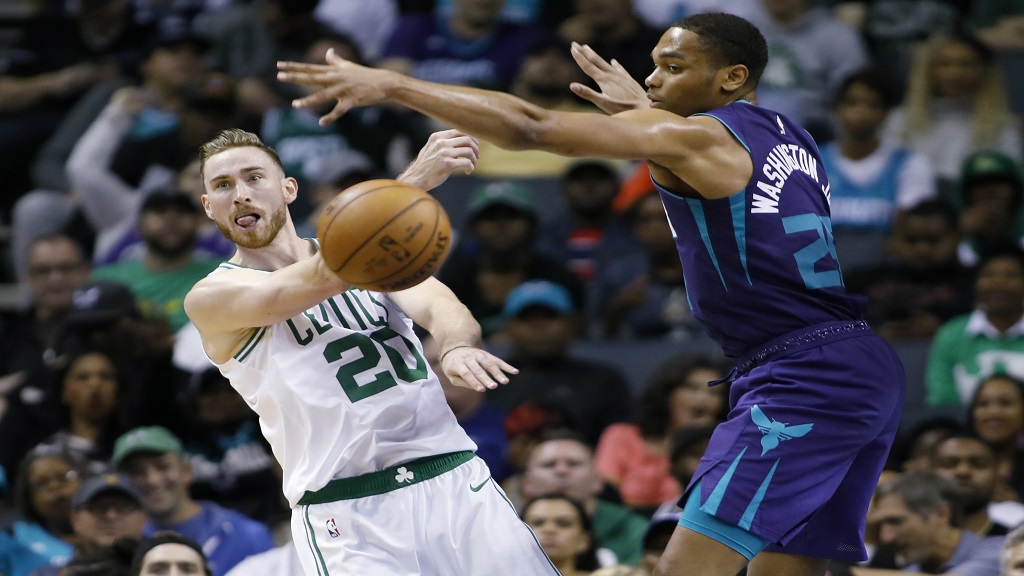 The Boston Celtics extended their winning streak in the NBA as Kemba Walker returned to Charlotte on Thursday.

Playing in Charlotte for the first time since leaving the Hornets at the end of last season, Walker received a warm ovation before the Celtics' 108-87 victory.

The guard was below his best, finishing with 14 points on four-of-12 shooting, but the Celtics recorded their sixth straight win.

With Kawhi Leonard back, the Los Angeles Clippers edged the Portland Trail Blazers 107-101.

Leonard contributed a double-double of 27 points and 13 rebounds.

Jimmy Butler delivered for the Miami Heat, scoring 34 points to go with five rebounds and four assists in a 124-108 win over the Phoenix Suns.

The Hornets paid tribute to the returning Walker with a classy video.

Miami (6-2) and the Los Angeles Lakers (6-1) have made fine starts to the season and this shapes as an entertaining early-season contest at the Staples Center.