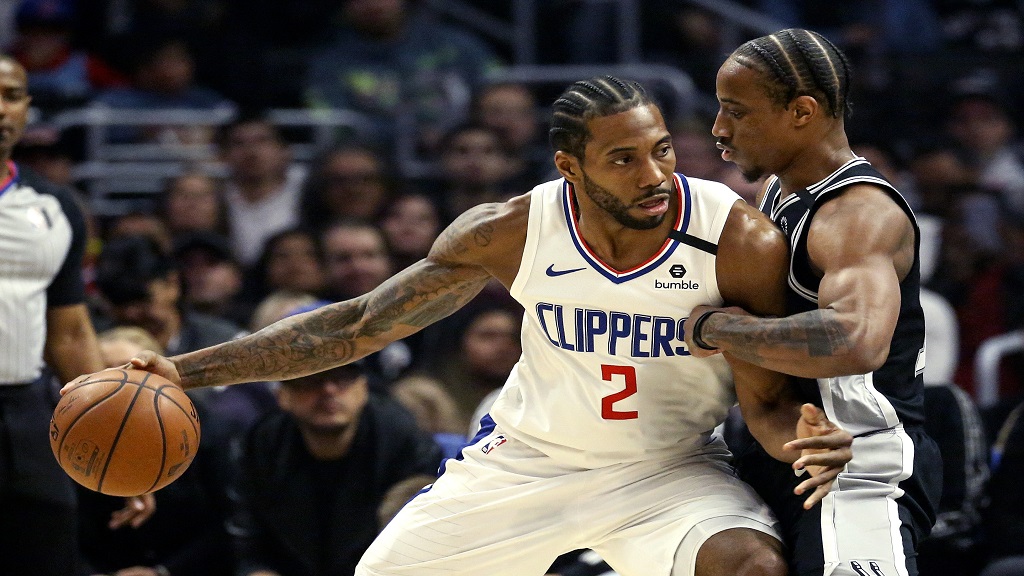 The Los Angeles Clippers edged the San Antonio Spurs in the NBA on Monday, while Jimmy Butler inspired the Miami Heat.

Facing his former team, Kawhi Leonard top-scored for the Clippers with 22 points in the 108-105 victory.

Paul George had a double-double of 19 points and 12 rebounds, to go with eight assists, in the Clippers' win.

Butler lifted the Miami Heat to a 137-106 win over the Philadelphia 76ers.

He had 38 points and seven rebounds, while Goran Dragic contributed 24 points and six assists as Miami improved to 34-15 and left Philadelphia at 31-20.

For the Pacers, Domantas Sabonis finished with 26 points, 12 rebounds and nine assists.

Jayson Tatum powered the Boston Celtics past the Atlanta Hawks 123-115 thanks to 28 points and seven rebounds.

Kevin Love's double-double of 33 points and 13 rebounds was not enough for the Cleveland Cavaliers, who went down to the New York Knicks 139-134 after overtime.

Reggie Jackson went one-of-16 from the field and Sekou Doumbouya was two-of-15 in the Detroit Pistons' 96-82 loss to the Memphis Grizzlies.

The high-flying Milwaukee Bucks (42-7) take on the New Orleans Pelicans (20-30) at the Smoothie King Center on Tuesday.