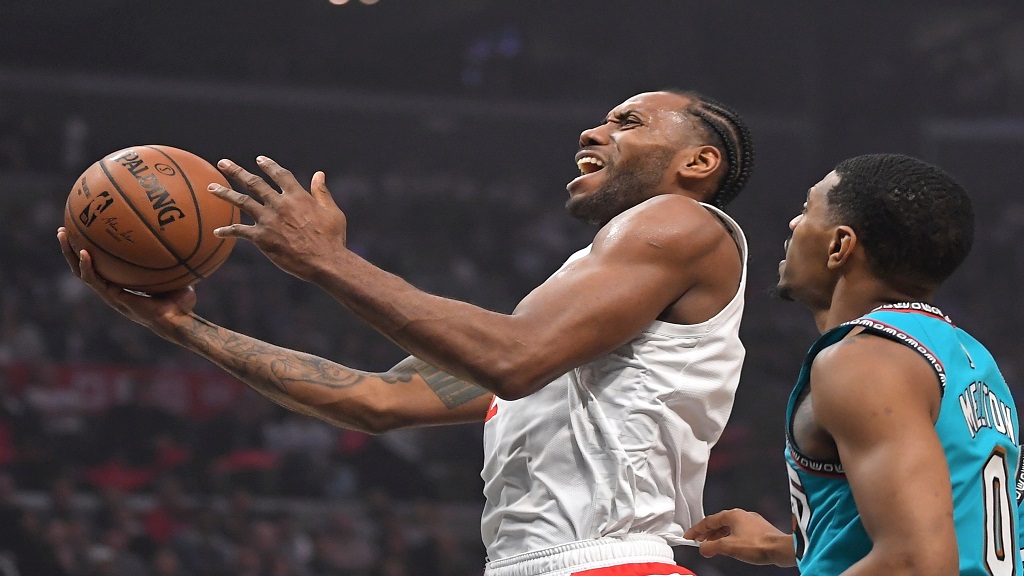 The Los Angeles Clippers ended their losing streak in the NBA on Monday, while Joel Embiid and Bradley Beal produced career-highs.

The Clippers snapped a three-game losing run by crushing the Memphis Grizzlies 124-97.

Kawhi Leonard had 25 points on 10-of-17 shooting, while Montrezl Harrell contributed 22 off the bench.

Embiid delivered a career-high 49 points, to go with 14 rebounds, as the Philadelphia 76ers eased past the Atlanta Hawks 129-112.

Meanwhile, Beal's career-high 55 points were not enough for the Washington Wizards.

He became the first player to score 50 or more points on back-to-back nights since the late Kobe Bryant in March 2007.

The Wizards almost upset the Milwaukee Bucks before falling 137-134 after overtime, with Khris Middleton pouring in 40 points.

James Harden led the way for the Houston Rockets with his 37 points and nine assists in a 123-112 win over the New York Knicks.

Aaron Gordon's double-double of 27 points and 10 rebounds helped the Orlando Magic past the Brooklyn Nets 115-113.

The Eastern Conference's top two do battle in Toronto on Tuesday. The Bucks (49-8) are eyeing their 50th win of the season and are seven games clear of the Raptors (42-15).