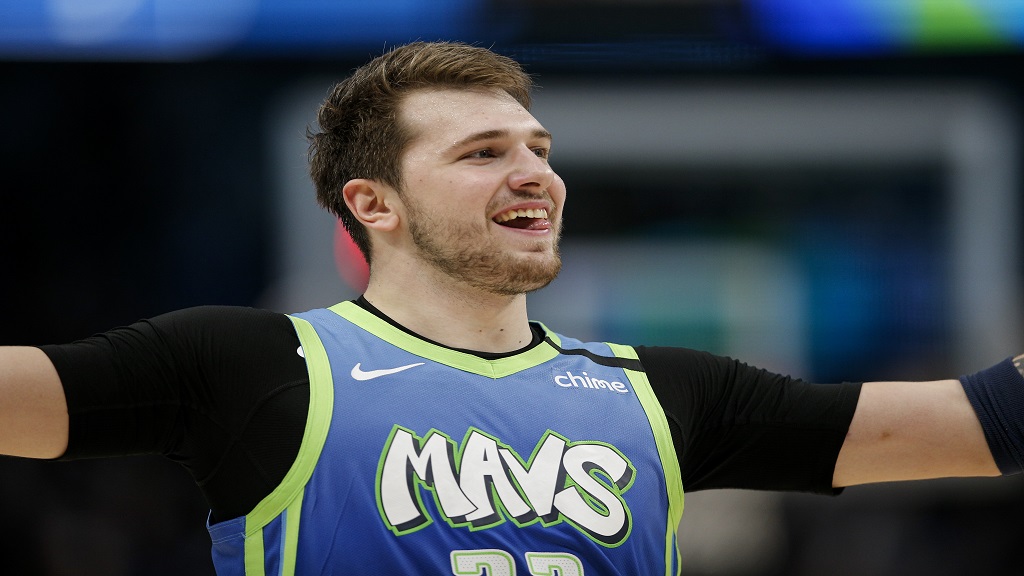 Dallas Mavericks forward Luka Doncic celebrates during a timeout in the second half of the team's NBA basketball game against the Portland Trail Blazers, Friday, Jan. 17, 2020, in Dallas. The Mavericks won 120-112. (AP Photo/Brandon Wade).

Luka Doncic starred once more for the Dallas Mavericks, while the Atlanta Hawks ended a long wait in San Antonio in the NBA.

He got plenty of support from Tim Hardaway Jr., who chipped in with 29 points as the Mavericks improved to 27-15.

Damian Lillard poured in 34 points for the Trail Blazers, while Hassan Whiteside had a double-double of 21 points and 18 rebounds.

The Hawks recorded their first win in San Antonio since 1997 thanks to a 121-120 victory over the Spurs.

Ben Simmons finished with 20 points, 11 rebounds and seven assists in the Philadelphia 76ers' 100-89 win over the Chicago Bulls.

Jimmy Butler had 14 points, 10 rebounds and seven assists in the Miami Heat's 115-108 victory against the Oklahoma City Thunder.

The Los Angeles Lakers (33-8) visit the Houston Rockets (26-14) in a blockbuster clash on Saturday. Lakers star Anthony Davis is questionable for the encounter.