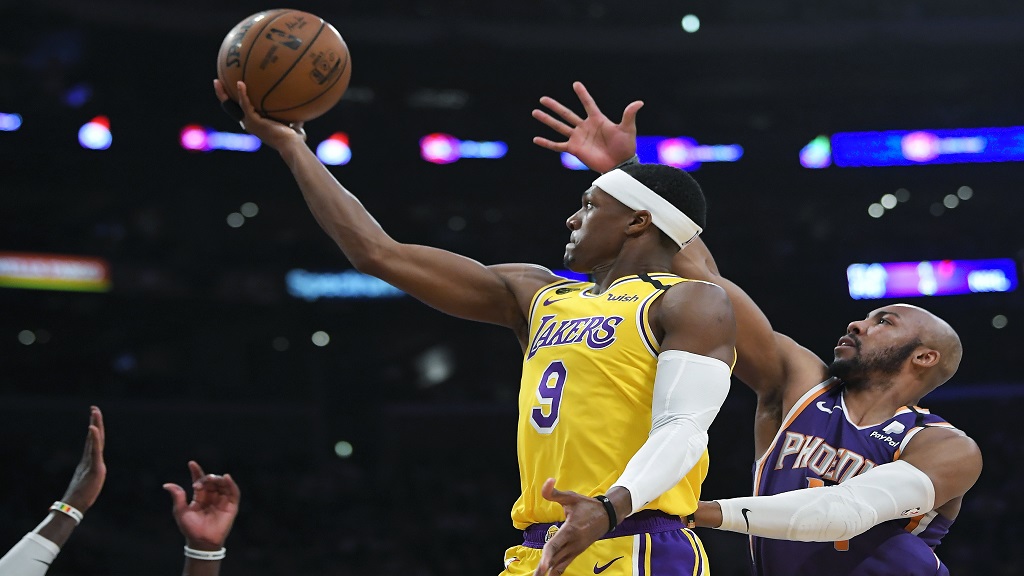 Rajon Rondo's Los Angeles Lakers teammates have been encouraging him to be more aggressive and shoot the ball instead of trying to distribute it to everyone. On Monday night, he took the advice to heart.

The 13-year veteran point guard scored a season-high 23 points, including 15 in the second quarter, as the Lakers rolled to a 125-100 victory over the Phoenix Suns in the NBA.

“He's always had that confidence but he wants to get everyone involved. We've been on him to shoot those shots and he showed you all what he can do. He does it in practice all the time,” Anthony Davis said.

Los Angeles put the game away in the second, which was only the fifth time in Rondo's 13-year career he has scored 15 or more in a period.

“We dared Rondo to shoot from the perimeter and he made us pay,” Suns coach Monty Williams said.

The Lakers had dropped three of their last four at Staples Center but didn't have any problems against the undersized Suns. They outrebounded Phoenix by 30 (59-29) along with a 58-38 advantage in points in the paint.

The Suns had only one big man suit up after Deandre Ayton injured his left ankle in Saturday's loss to Denver. Dario Šarić and Aron Baynes have also missed extended time due to injuries.

Davis had 25 points and 10 rebounds but it was a big game for the bench. Besides Rondo, Dwight Howard had 14 points and 15 rebounds. It is the Lakers' 40th win of the season, the first time since 2010 they have reached that before the All-Star break.

“It was a great game for our bench. Rajon had great pace all night and he was taking all the looks he was getting. Dwight controlled the glass,” said LeBron James, who had 17 points, nine assists and eight rebounds.

Suns: Host Golden State on Wednesday. The teams split their first two meetings this season but Phoenix has lost nine straight at home to the Warriors.

Lakers: Travel to Denver on Wednesday. The 128-104 win by the Nuggets on Dec. 22 was Los Angeles' second-biggest loss of the season. 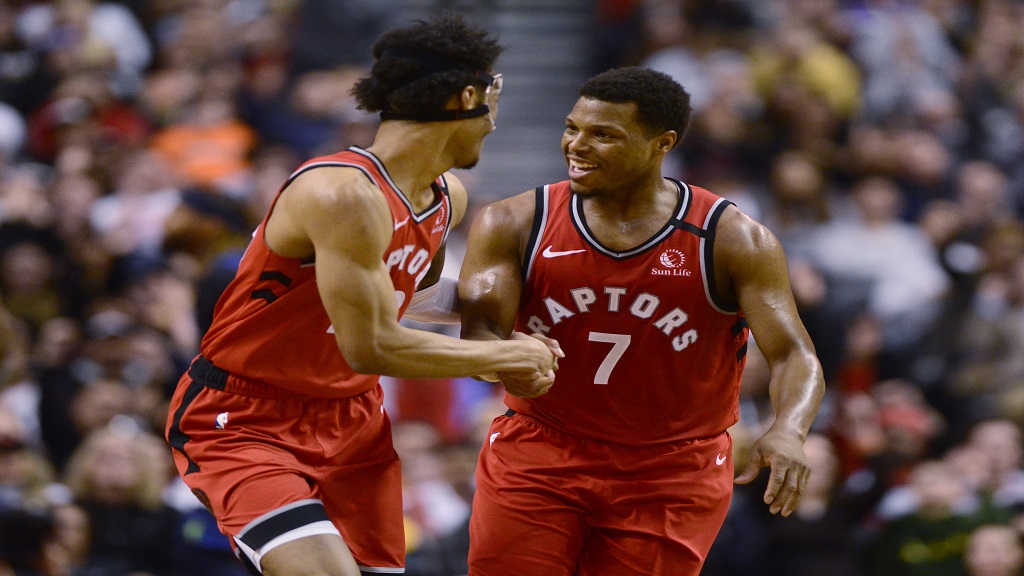 OVER IN TORONTO: The Toronto Raptors' winning streak continued.

The Raptors' franchise-record winning run reached 15 with a 137-126 victory over the Minnesota Timberwolves.

D'Angelo Russell made his debut for the Timberwolves, contributing 22 points in 32 minutes.

Without Giannis Antetokounmpo, who missed due to the birth of his son, the Milwaukee Bucks eased past the Sacramento Kings 123-111.

Jamal Murray had 14 of his 26 points in the fourth quarter of the Denver Nuggets' 127-120 win over the San Antonio Spurs.

The Miami Heat overcame the Golden State Warriors 113-101 as Jimmy Butler finished with 21 points and 10 rebounds.

Reggie Jackson went two-of-11 from the field in the Detroit Pistons' 87-76 loss to the Charlotte Hornets.

The Boston Celtics (37-15) are riding a seven-game winning streak ahead of visiting the Houston Rockets (33-20) on Tuesday.