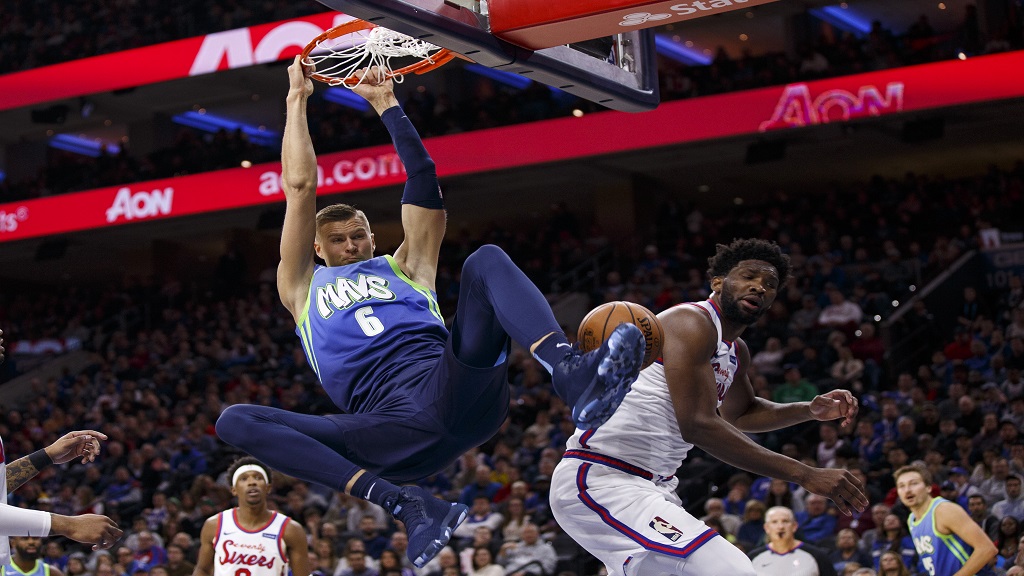 Kristaps Porzingis showed there is more to the Dallas Mavericks than just Luka Doncic after inspiring a 117-98 win over the slumping Philadelphia 76ers in the NBA.

Without injured star guard Doncic, Porzingis posted 22 points and a career-high 18 rebounds for the Mavericks on Friday.

Tim Hardaway Jr. added 27 points of his own as the Mavericks improved to 11-2 on the road, despite Doncic's absence due to a right ankle sprain.

For the 76ers, it was their second straight defeat on home court, having opened the season 14-0 at Wells Fargo Center in Philadelphia.

Joel Embiid had 33 points and 17 rebounds for the 76ers, who lost their consecutive game overall, and Ben Simmons (12 points) and Josh Richardson (10) were the only other players with double-digit points.

Defending champions the Toronto Raptors edged the Washington Wizards 122-118, despite an injury-riddled line-up.

Damian Lillard put up 36 points and CJ McCollum contributed 31 of his own as the Portland Trail Blazers topped the Orlando Magic 118-103. It was Portland's third straight win – a season-high.

Bobby Portis scored 30 points in the New York Knicks' 129-114 defeat away to the Miami Heat.

The Oklahoma City Thunder defeated the Phoenix Suns 126-108 thanks to Shai Gilgeous-Alexander's 32 points.

While the Boston Celtics saw off the Detroit Pistons 114-93, Kemba Walker struggled. The Celtics guard missed all six shots from the floor, while he was also 0 of three for three-pointers. Walker finished with two points and 11 assists in 30 minutes.

After going down to the Houston Rockets, the Los Angeles Clippers are away to the San Antonio Spurs on Saturday. The Clippers have lost two of their last three games, while the Spurs are coming off two wins in three outings.