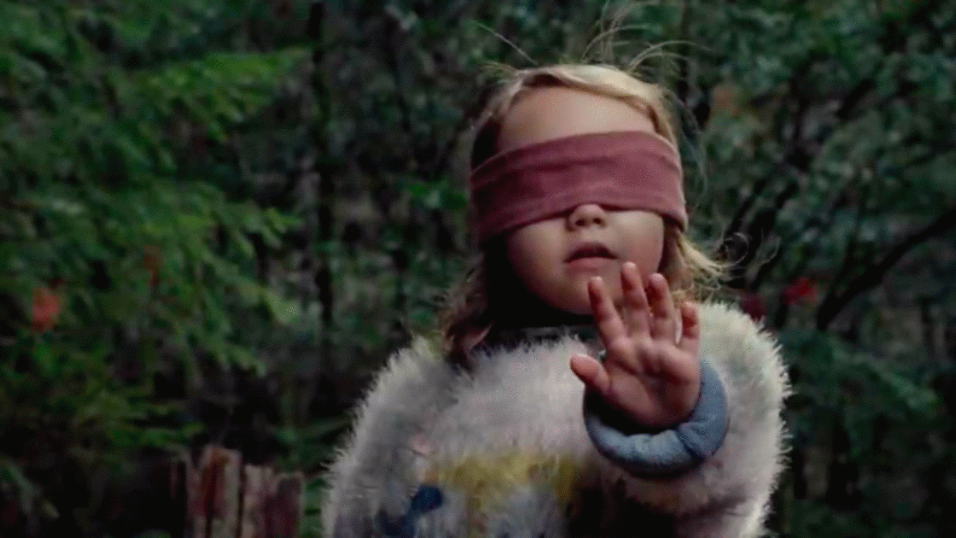 Netflix is pleading with its users to let common sense prevail and not do the 'Bird Box challenge' which has recently gone viral.

Bird Box, a Netflix original thriller, follows Malorie (played by Sandra Bullock) and her children, Boy and Girl, who are all forced to wear blindfolds and navigate a river and spooky forest to protect themselves against the evil monster that, if seen, causes people to kill themselves.

The film is generally considered a hit with users, with Netflix reporting that over 45 million accounts streamed it within a week, and resulted in a slew of hilarious memes. It also, apparently, inspired the Bird Box challenge which involves people blindfolding themselves, attempting to complete tasks (many of which were depicted in the movie), filming it all and putting it on the internet.

While some clips are funny, others are flat out dangerous. One user was filmed driving while blindfolded. There are numerous videos of random people walking blindfolded in major cities like New York. Another shows a family running through their living room and a child hitting the wall.

Y'all doing this #Birdbox Challenge? pic.twitter.com/Yjx86Ex55f

The clips have come to the attention of the streaming giant, who issued a statement on Twitter begging people to stop doing the challenge. 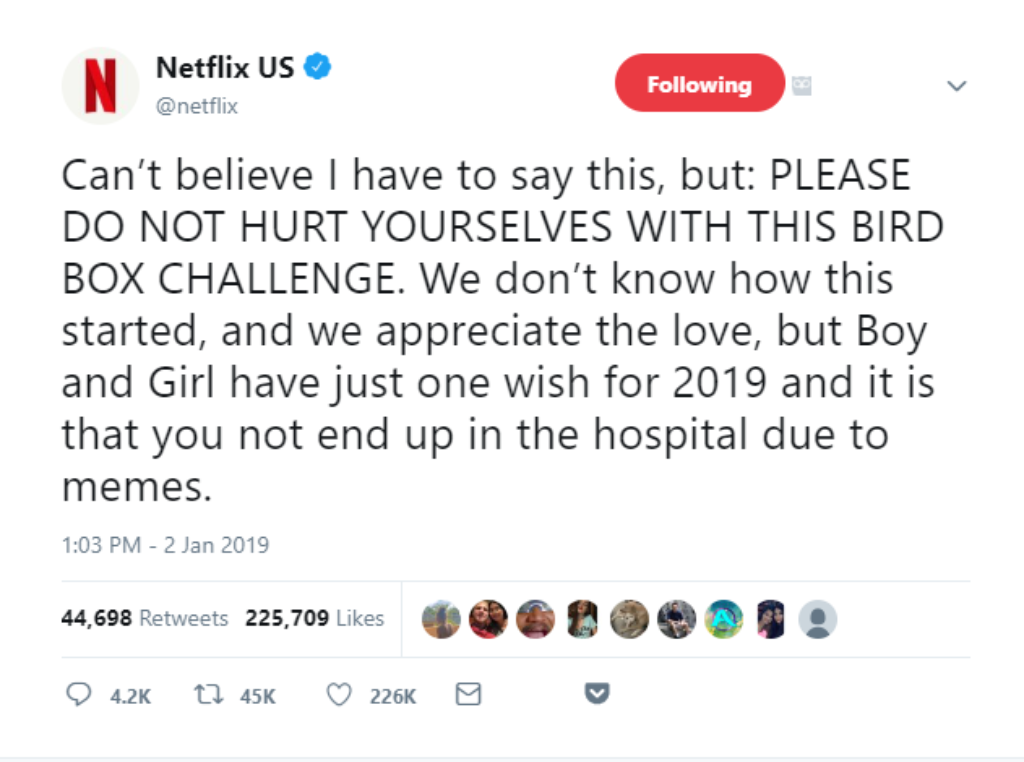 Hopefully, people come to their senses and this challenge doesn't trend for long.