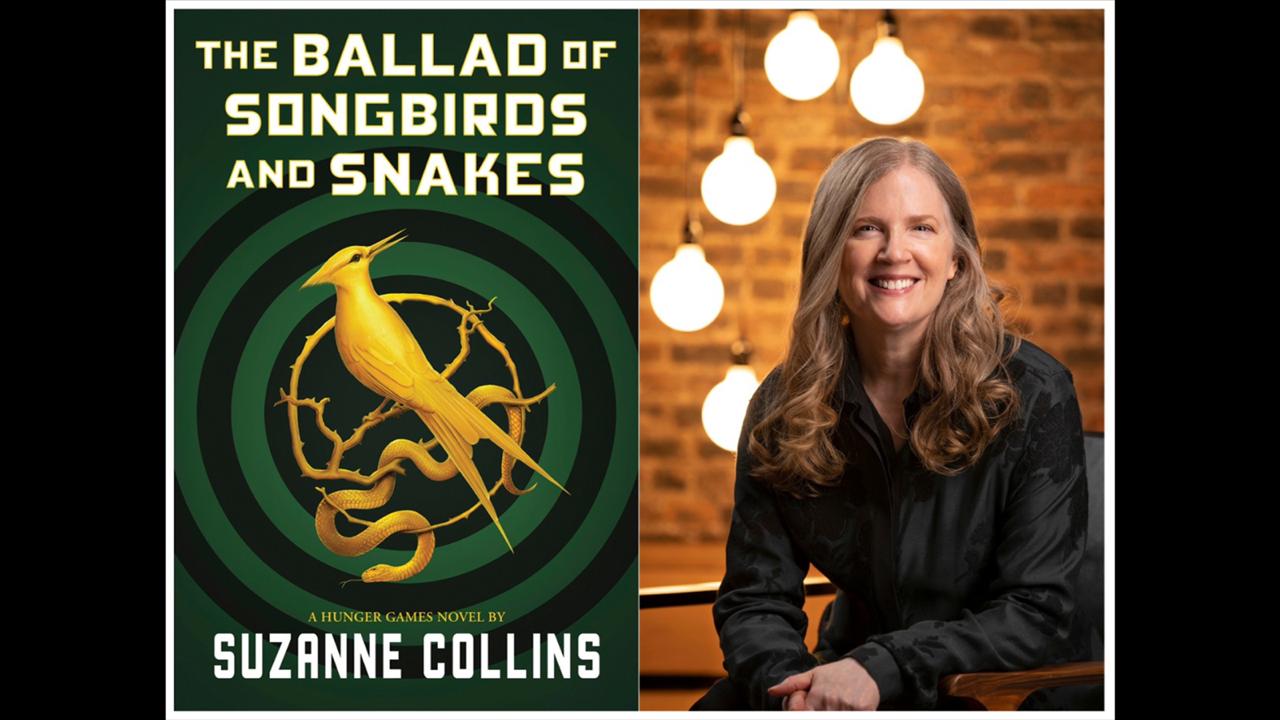 This combination of images released by Scholastic shows the cover image for "The Ballad of Songbirds and Snakes," by Suzanne Collins, left, and a portrait of Collins. The "Hunger Games" novel will be released on May 19. (Scholastic via AP, left, Todd Plitt/Scholastic via AP)

A decade after the “Hunger Games” series had ended, readers were clearly ready for more.

Suzanne Collins' “The Ballad of Songbirds and Snakes” sold more 500,000 copies last week, even as many of the country's bookstores were closed or offering limited service because of the coronavirus pandemic.

The total includes print, e-books and audiobooks, according to Collins' publisher, Scholastic.

NPD BookScan, which tracks around 85 percent of the print market, reported Wednesday that “Songbirds and Snakes" topped last week's list with 270,000 copies sold. Collins' book, a prequel to her previous “Hunger Games” novels, came 10 years after the author seemingly wrapped up the Dystopian series with “Mockingjay."

The Associated Press in a review praised the new novel, released May 19, as “mesmerizing” and called Collins “a master of building a fascinating world around complex characters.”

The opening for “Songbirds and Snakes” was slightly higher than the numbers reported for “Mockingjay” in 2010, when Scholastic announced first-week sales of more than 450,000.

Collins' novels, which also include “The Hunger Games” and “Catching Fire," have sold more than 100 million copies worldwide and are the basis for a billion-dollar movie franchise.

COVID-19: Oprah playing it safe; Stedman in the guesthouse

5 books to keep you entertained during the COVID-19 pandemic

18 children books to keep them busy during Child’s Month