New Speaker of the House and Senate President sworn in 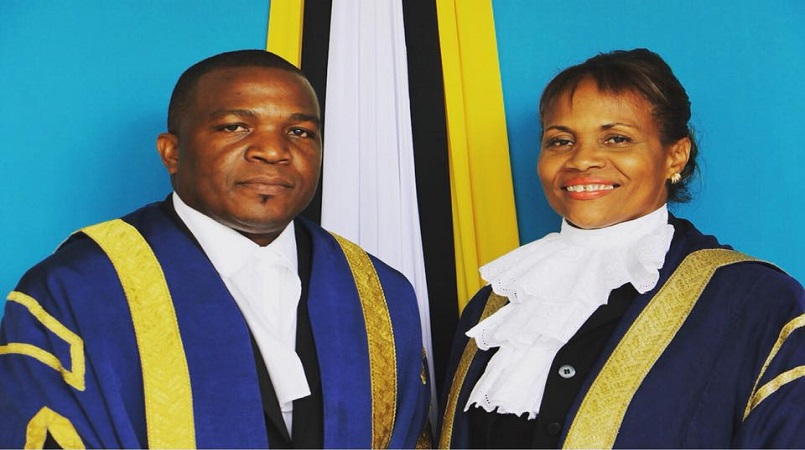 As the Third Session of the Eleventh Parliament began on Tuesday, March 20, 2018, Parliament also welcomed a new President of the Senate and a Speaker of the House.

Attorney-at-law, Jeannine Michele Giraudy-McIntyre, was elected to the position of Senate President and Andy Glen Daniel as the island’s new Speaker of the House.

Following his swearing in, Speaker of the House, Andy Daniel, also an attorney and former Magistrate who previously served as President of the Senate, thanked his predecessor the Honourable Leon Theodore-John, “for her contribution of service as Speaker of the House of Assembly” and wished her well in her new role.

Daniel also expressed to the Parliament that he accepts the new position with humility and in the spirit of partnership, bi-partisanship and duty.

“I want to make it perfectly and abundantly clear and to remind members that although the composition of this dignified Assembly is made of different ideologies and political philosophies, we serve but one Saint Lucia,” he said. “ . . . Let the business of the people begin with civility, cordiality, courage, passion and conviction, as we work together to forge and mould a future worthy of the admiration of the people we serve.”

While addressing the Upper House new President of the Senate, Jeannine Michele Giraudy-McIntyre, who has 29 years experience in private practice and in the public sector, said: “I am mindful of the fine history of this Upper House, the stature of those presidents who served before me and of their good work. As we embark on our legislative journey I say to you distinguished senators that I am dedicated to the task. I promise to serve this Honourable Chamber and by extension the people of Saint Lucia with courtesy, fairness and integrity.”

The Government of Saint Lucia welcomes the new President of the Senate and Speaker of the House.

Theodore-John resigns as Speaker of the House