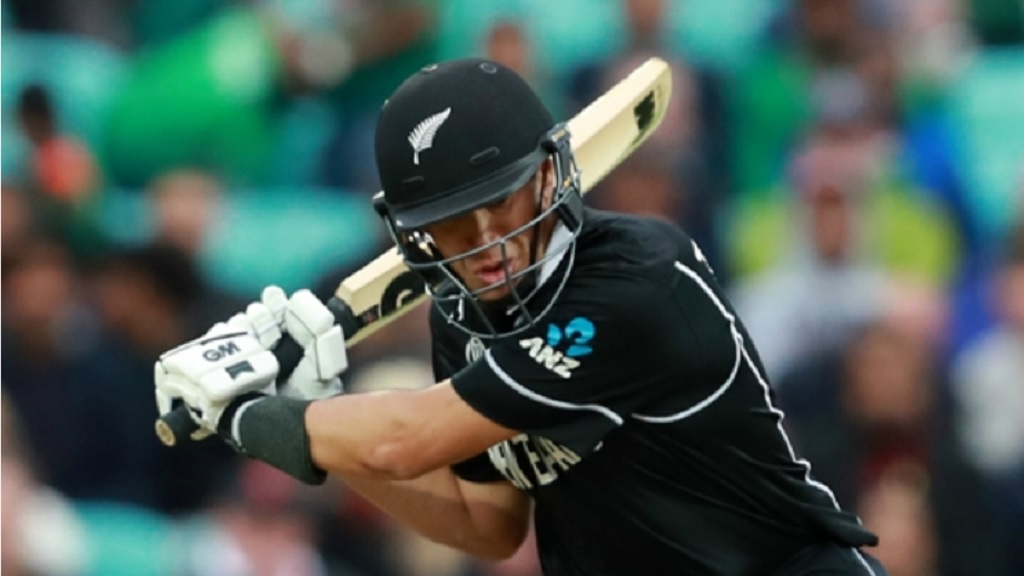 Ross Taylor played the match-defining innings as nervy New Zealand made it two wins from two matches at the Cricket World Cup with a two-wicket success over Bangladesh.

The Tigers' 244 all out began to look a decent score as the Black Caps wobbled badly after cruising to 160-2 but they eventually claimed a tense victory with just 17 balls in hand.

On another day, Bangladesh might have sprung another major upset, having turned over South Africa in their opener at The Oval.

Back at the same venue, the Tigers were undone by fractional run-out calls going New Zealand's way during the run chase. Taylor's 82 batted the Kiwis into a strong position that they converted into what became a nail-biting triumph.

On his 200th ODI appearance, Bangladesh talisman Shakib Al Hasan made a brisk 64 as top-order wickets tumbled around him - Matt Henry the pick of the bowlers with 4-47.

Shakib followed his batting efforts by removing New Zealand openers Martin Guptill and Colin Munro, and Kane Williamson should have followed them to the changing room soon afterwards.

He was well short of his ground as the Black Caps chased a quick single, but Mushfiqur Rahim accidentally nudged the bails off before the throw arrived.

Taylor might have been run out soon afterwards too, and the failure to take those chances - and another much later in the innings when Jimmy Neesham was almost caught short - looked ominous for Bangladesh.

Williamson (40) threw away his wicket with a slog that fell well short of the ropes, and Taylor departed with New Zealand still 54 runs short of their target, flicking a leg-side ball from Mosaddek Hossain into Mushfiqur's gloves.

New Zealand were on shaky ground at 218-7 in the 44th over as wickets kept falling, but they scrambled home.

What does it mean? New Zealand are a threat to the rest

What to make of New Zealand at this early stage of the World Cup? They pulverised Sri Lanka by 10 wickets last week, but this was a scratchy effort, and the match could have swung away from them had those close run-out calls favoured Bangladesh. They face Afghanistan on Saturday before the more serious tests arrive. The Black Caps are fancied by many to reach the semi-finals, and if they can win on an off-day then perhaps that bodes well.

We should have seen it coming

Bangladesh and New Zealand were playing each other for the fifth time in a Cricket World Cup, and the rivalry had been one-sided in favour of the Black Caps. They won the previous four, in 1999, 2003, 2007 and 2015, and it was an all-too-familiar result again for Bangladesh.

Australia to 'take the contest' to Chris Gayle - Finch