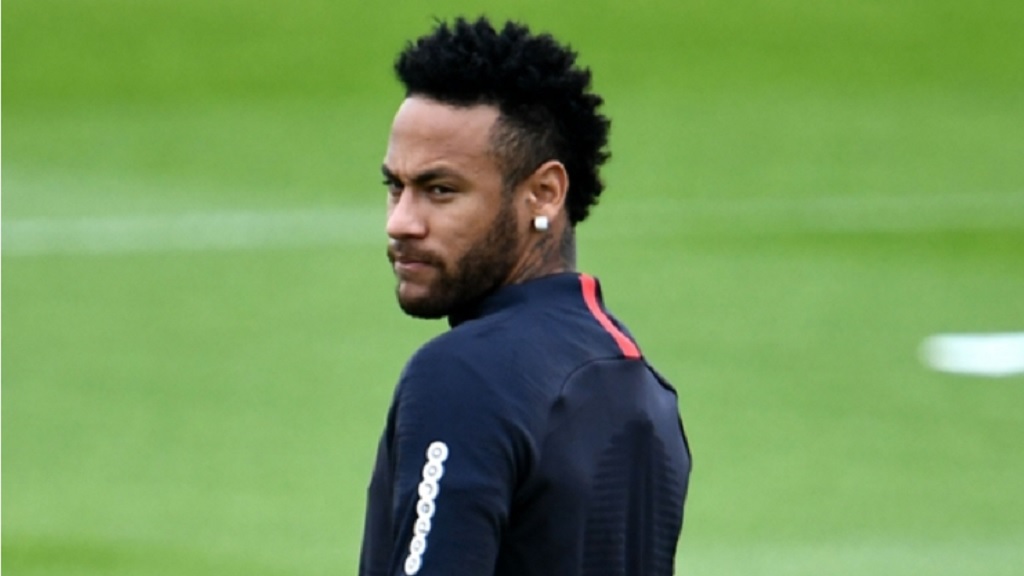 Neymar during a training session.

Neymar will not take part in Paris Saint-Germain's (PSG) Ligue 1 meeting with Rennes on Sunday, but Thomas Tuchel still has hope of keeping the Brazil star at the club.

Doubt remains over Neymar's future at PSG, with Barcelona and Real Madrid having reportedly had bids rejected for the wantaway forward.

Neymar has been returning to full fitness from an ankle injury that kept him out of the Copa America, but he was included in Tite's Brazil squad for September friendlies against Colombia and Peru, while PSG sporting director Leonardo has claimed the problem has "completely healed."

Neymar was left out of PSG's opening fixture against Nimes, and the 27-year-old will again be absent when the champions travel to Rennes, although head coach Tuchel insists there has been no change in the situation regarding a possible transfer.

"He started the training session with us, but finished individually," Tuchel told a news conference. "It's a little too early [for him] to start in a match, especially at Rennes' home.

"He is my player and when I think of a strong team, it includes him. If there is no solution for him, he will stay with us.

"For now, nothing has changed. Neymar has three years left on his contract.

"He is sensitive, so I will always protect him. He needs to train with us and raise his intensity.

"I want to see him play at his best level for 90 minutes, with aggression and lots of dribbling."

While Neymar will not feature against Rennes, Idrissa Gueye is set to travel, though Tuchel suggested the former Everton midfielder would not be fit to start.

"Integration is easy with Idrissa: he can talk with everyone, he is very polite, humble," said Tuchel, who will also be without Presnel Kimpembe, Ander Herrera, Thilo Kehrer and Layvin Kurzawa.

"He has to adapt to our style of play, to our principles. It's a little early for him, but he's going to make the trip with us.

"He's a player who can play at [number] six or eight but, for me, he's better at six. That's what we expect from him."

Valverde: I don't know what will happen with Neymar