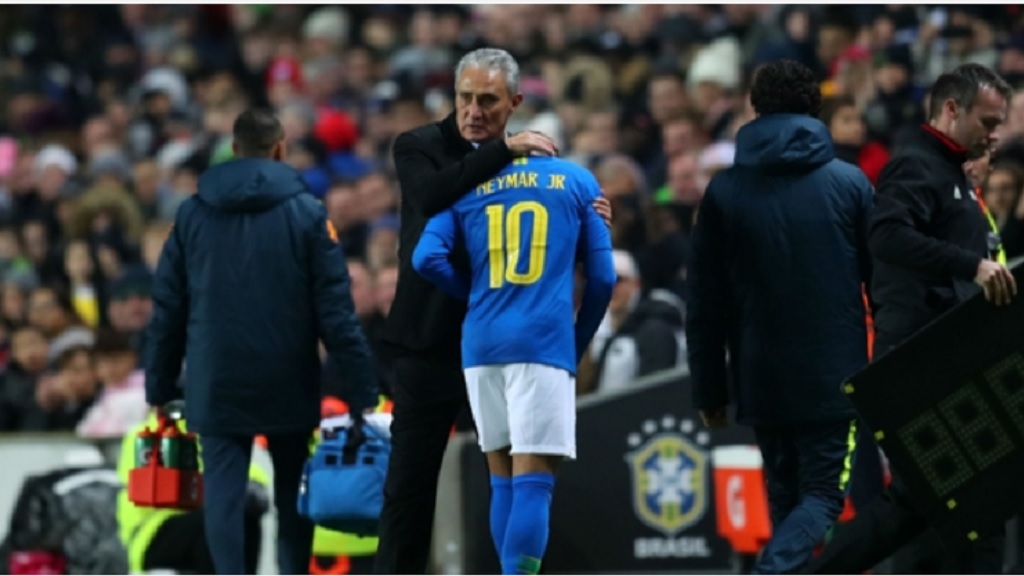 Neymar remains a talisman for Brazil but head coach Tite does not fear playing without the Paris Saint-Germain (PSG) superstar.

Tite discussed the lavishly gifted yet divisive forward in an interview with France Football.

He believes Neymar, who moved to PSG from Barcelona in a world-record move in August 2017, played the best football of his career at Camp Nou.

The 28-year-old has frequently been linked with a return to Barcelona after a pair of seasons where injuries frustrated his hopes of bringing Champions League glory to the French capital.

"Neymar is essential, but not irreplaceable," Tite said. "In each match, I ask myself the same question: how to get the best out of him, build and balance the team around him?

"The position where I found him performing best at a club, as in the national team, was when he played in Barcelona, ​​on the left side to come [inside].

"In other words, starting from one side, where he worked with the environment, then using his perception of the game, his speed of reflection and execution, his capacity for improvisation, and adding his speed to it.

"The best Neymar I saw playing was during this period. The level of play he reached then was exceptional and only [Lionel] Messi and [Cristiano] Ronaldo were above. I have never seen [Eden] Hazard, [Antoine] Griezmann or [Paul] Pogba play at this level."

Brazil emphatically showed there is life without Neymar as they claimed Copa America glory on home soil last year, despite their star man missing the tournament with an ankle injury.

Tite's side closed out a 3-1 win over Peru in the final – a victory Tite felt served to exorcise any demons remaining from their humiliating 7-1 semi-final loss to Germany as World Cup hosts in 2014.

"Winning the Copa America, at home in Brazil, was a major challenge," he said. "Especially for the players who had experienced the affront of 2014 as closely as possible - Dani Alves, Fernandinho, Thiago Silva.

"This title was all the more important since we had lost Neymar to injury just a few days before the start of the tournament. The pressure and the expectation of the supporters were considerable. Winning was, therefore, the only option available to us.

"When you have to face Argentina with Messi, Uruguay with [Edinson] Cavani and [Luis] Suarez, or Colombia with James (Rodriguez), his absence necessarily creates more emotional instability.

"Neymar reassures you because he brings unpredictability to your game. Because he will offer you an individual or collective solution that the others do not have. So winning without him and resisting this pressure made the group aware of its value, yes."