Provision vendors operating on the sidewalk outside the Castries Market on Jeremie Street from 4:30 p.m. till late in the night have been told to desist from the practice or stand a chance of being arrested by city police tonight or any other night if they disobey.

This was made clear by Mayor Peterson Francis today, Wednesday, May 29, 2019. Francis, who was able to move vendors from the old market to a nearby temporary location seamlessly over the past weekend, found himself accosted by the night-time vendors, complaining about the unsuitability of the temporary location for the selling of their produce.

“The officers warned them (vendors) from last night that there will be no vending at the front of the market. They all must now operate at the temporary location the Castries Constituencies Council prepared for them,” Francis said.

The sidewalk outside the Castries Market on Jeremie Street has been the vendors' place of operation for quite some time now. However, today they took to the streets to voice their displeasure at being removed from their usual place of business.

Many of them say if they were to operate from the temporary location, they would not make money which is needed for the functioning of their homes. 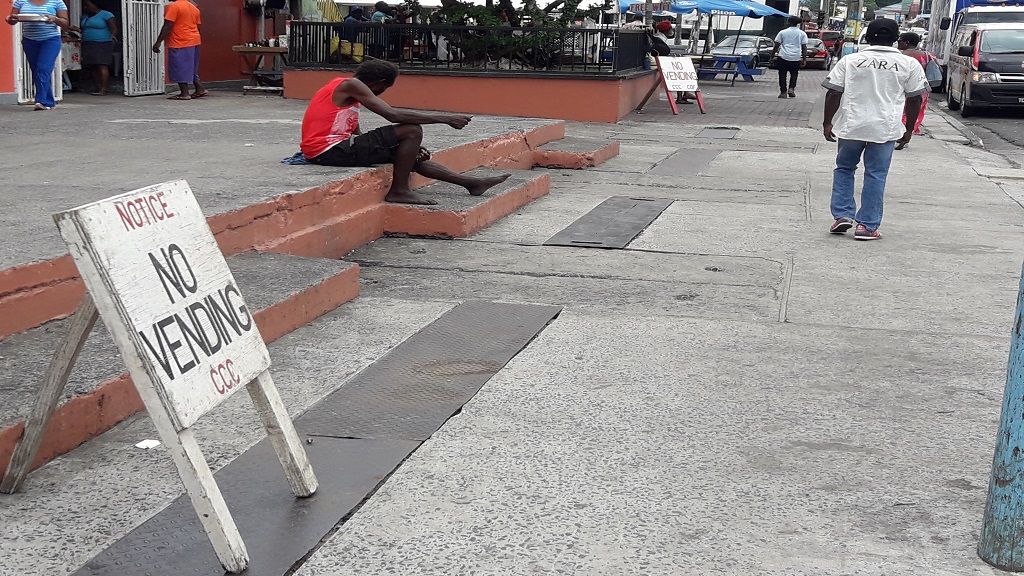 The vendors gathered near the vendor's arcade to air their views. All were critical of Francis for relocating them saying that they were removed from the sidewalk based on certain things said to him by the day-time vendors.

But Francis denied this saying the temporary location was for all provision vendors, even those selling night-time outside the Castries Market.

“During our consultation with the provisions vendors it was made clear to us (CCC) that they (vendors) would have no problems with the temporary location,” Francis said.

According to the Mayor, he is trying to get vendors to understand that all of them will be selling their produce at the new market when it opens whether they sell during the day or night.

One night-time vendor who goes by the name of Frances told Loop News she is disappointed in Francis, as he seems to be taking orders from the day-time vendors.

Dorothy Mitchel, another night-time vendor, said that at a meeting with the CCC they were told there would be room for them at the temporary site but upon arriving at the site, they were told space was not allocated to them. “Why do you take us from where we were selling to a place where you provided us with no space. That is very bad,” Mitchel said.

President of the Craft and Dry Goods Vendors Association, Peter ‘Ras Ipa’ Isaac, said that the night-time vendors cater to the after-work crowd and so they should be placed somewhere that people leaving work can see them.

“Those vendors are women, they have responsibilities. Do not put them in a situation where their survival is at risk in that they won’t be making money to take care of their obligations, financially and otherwise,” Isaac said.

He called on Mayor Francis to leave the women alone, have appreciation for them and be a bit more conscionable to them.